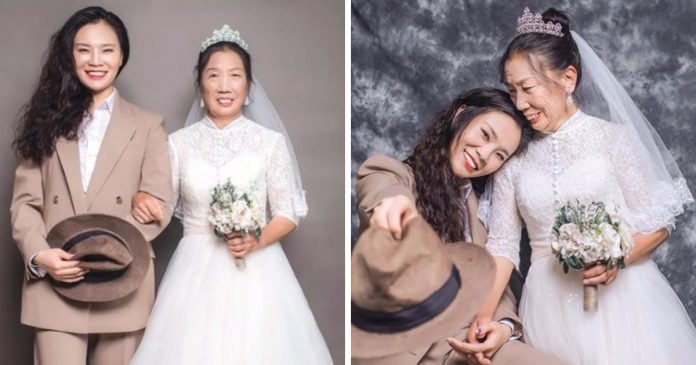 Her father died two decades ago but it was only recently that Ma Er (not real name) realized that her parents never had a wedding photo.

The woman from Hubei, China, said that her parents did not have a wedding photo together despite being married for so long.

It was common for couples in China at the time, especially those who came from unprivileged background to not be able to afford a wedding photo which was considered a luxury, according to Shiyan Evening News.

Ma Er, who was only seven when her father died twenty years ago said that it was her mother who raised her brother and her since her father has passed away. 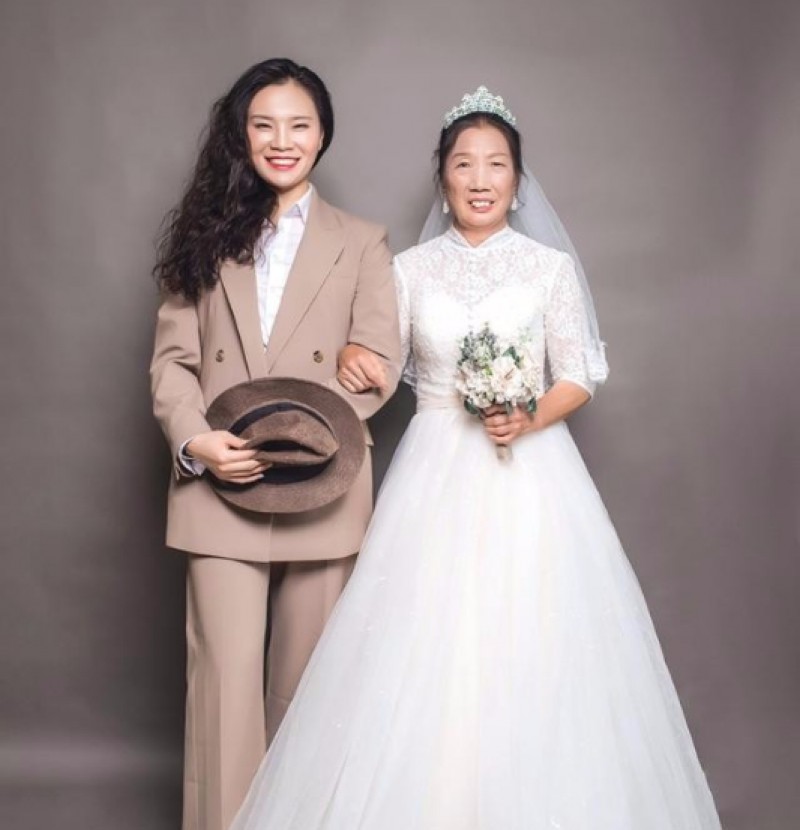 Her mother who is illiterate earned a living with the two jobs that she had; a street cleaner and a waste collector.

“Every woman wants to wear a beautiful wedding dress,” she said.

So, Ma Er took her mother to a photo studio to shoot the wedding photos that her mother could not afford to take years ago.

It was a touching moment for both of them, even more so for the mother who got to wear makeup for the first time during the photo shoot 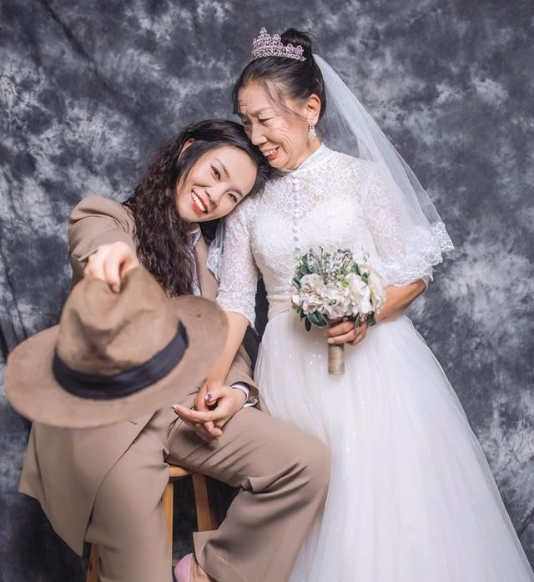 It was reported that the mother burst into tears after Ma Er passed a flower bouquet to her.

“My brother and I didn’t understand how difficult the situation my mother was in. I realised when I grew up,” she said.

Ma Er further said, “When we were young, no matter how poor we were, my mother would buy new clothes for me and my brother to celebrate the Spring Festival,

But she didn’t buy herself anything, not even a pair of socks.” 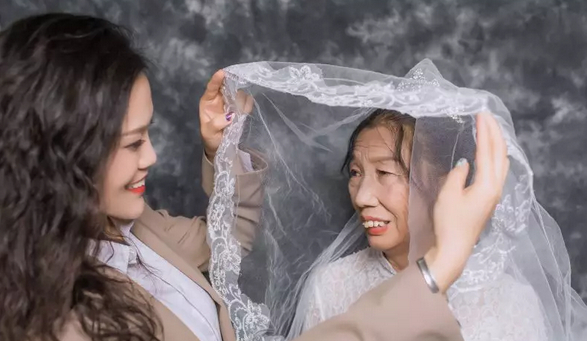 “My mother simply never had the chance. So I decided to make it happen for her. I’ve wanted to do this for years.”