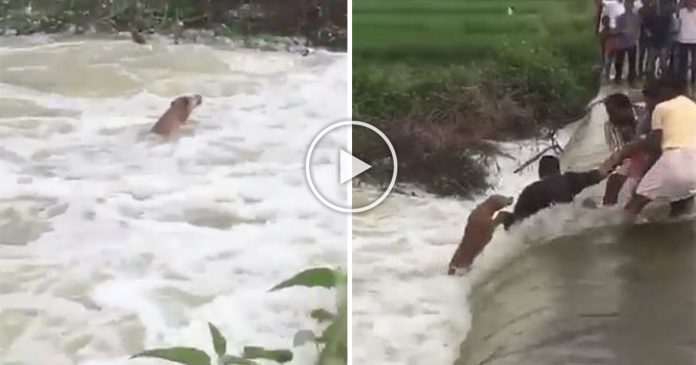 Unfortunately, extreme weather has also caused livestock and other animals to be trapped in neck-high water.

The same also happens in Kerala, India where the state observed what would be the worst flood ever occurred in the country’s southern state.

400 have died in the worst floods that India has seen in a century and thousands of animals trapped in flood waters including dogs and snakes.

Strong current and heavy rains prove some of the major challenges that rescuers face to rescue these trapped animals.

As seen in the video, one dog is barely surviving in the strong current as the rescuers attempt to rescue it 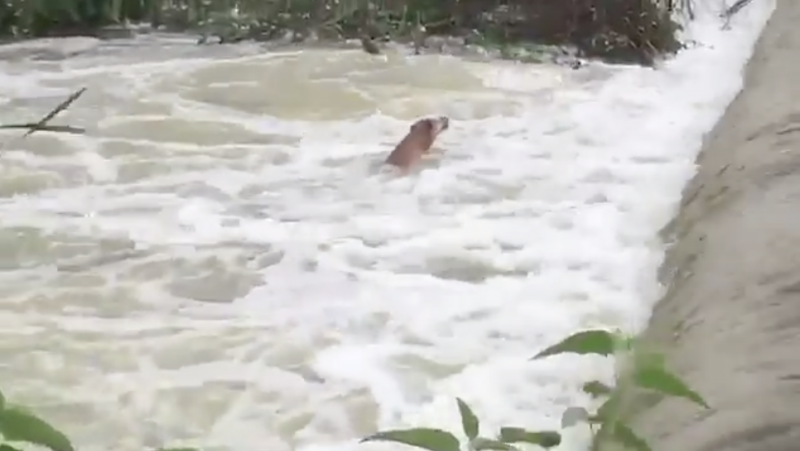 The hair-raising footage shows the dog trying its best to not be swept away by the water.

Even though the surging water is terribly dangerous for the rescuers, the men continue their rescue mission to save the dog 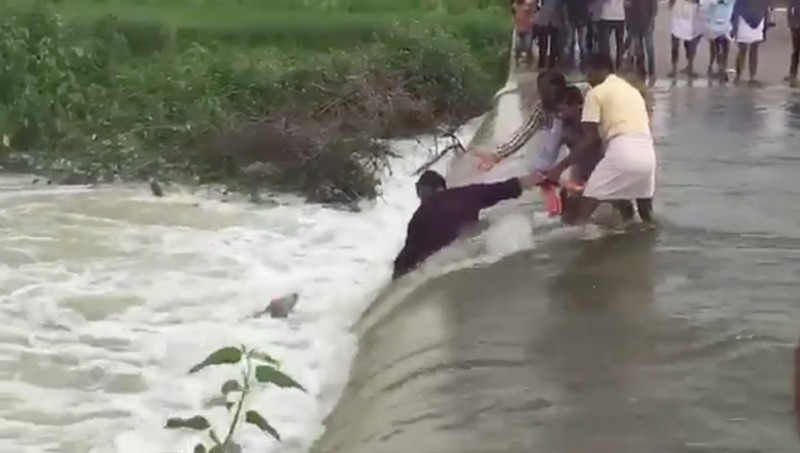 While the man who wears a black shirt advances through the strong current to grab the canine, the other three men firmly grasp the man’s arm from behind 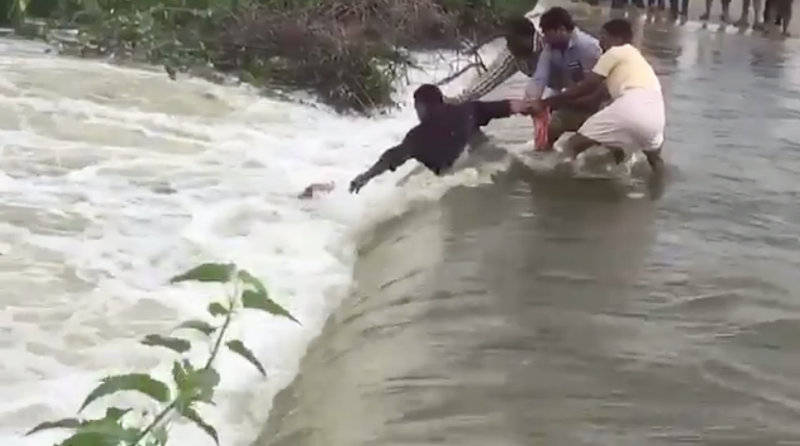 At one moment, the man in the black shirt seems to lose his balance but he quickly stands up to brace the strong current 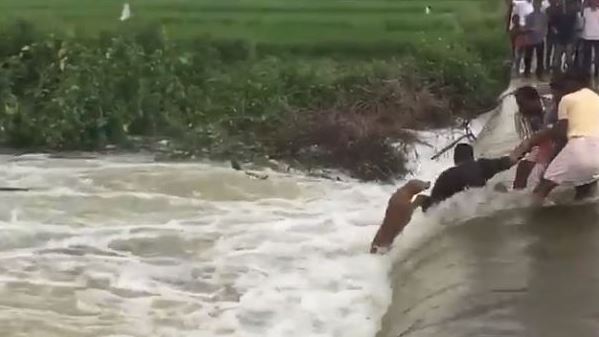 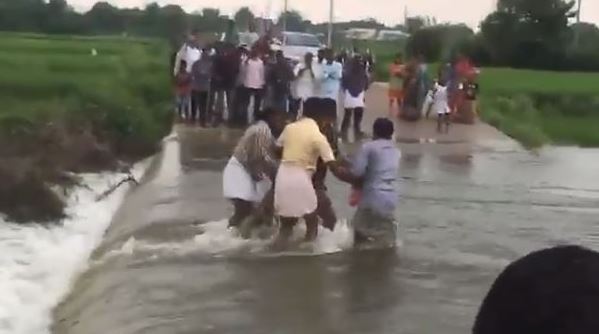