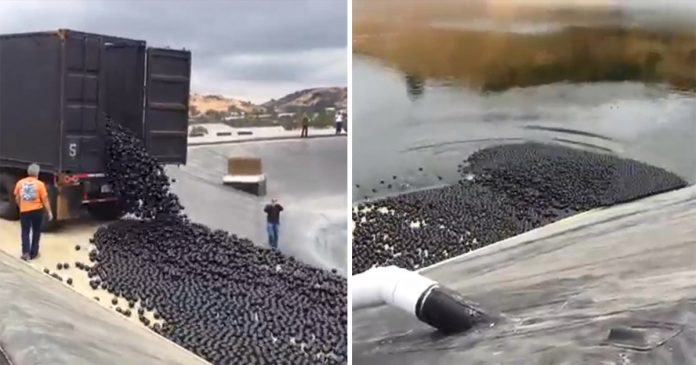 In California, a severe drought crisis has caused many lakes and rivers to dry up.

Water resources in Los Angeles are rapidly depleting, according to the BBC.

A lorry full of shade balls is seen releasing the balls into a reservoir that is half empty. 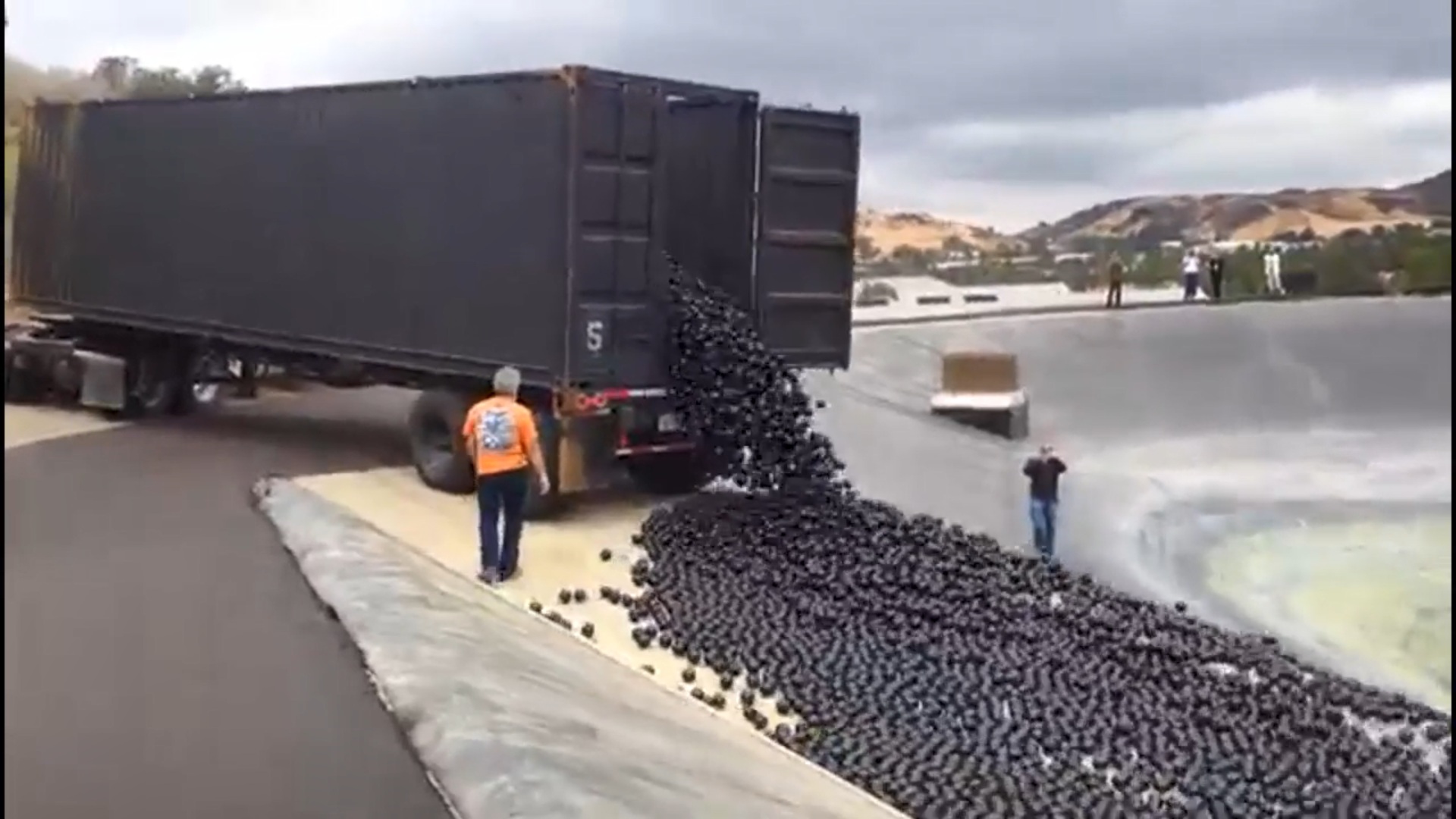 In order to stop this problem from becoming even worse, the Los Angeles Department of Water and Power (LADWP) has teamed up with XavierC, LLC and Artisan Screen Process Inc. to release 20,000 shade balls into the Los Angeles reservoir in Granada Hills, out of the 96 million shade balls they received, also reported by the BBC.

XavierC, based in Glendora and Artisan Screen Process Inc., based in Azusa, provided 6.4 million and 89.6 million shade balls, respectively.

Each shade ball is black in color with a size similar to that of an apple. 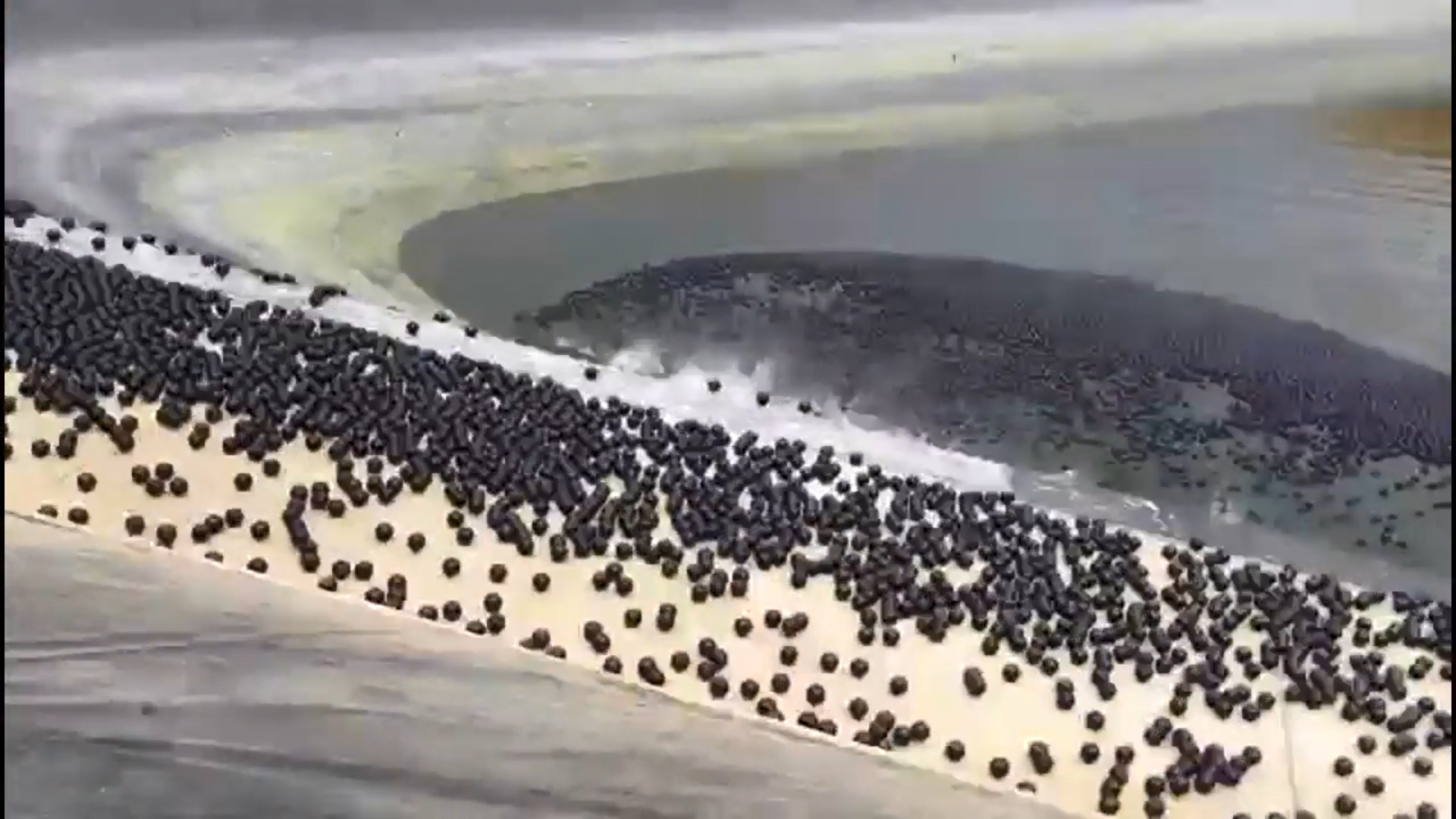 Costing only $0.36 each, the project has saved more than $250 million in capital improvement while remaining compliant with the United States Environmental Protection Agency (EPA) in regards to surface water treatment.

The shade balls function as a barrier, blocking sunlight from reaching the water surface and slowing down the rate of evaporation. 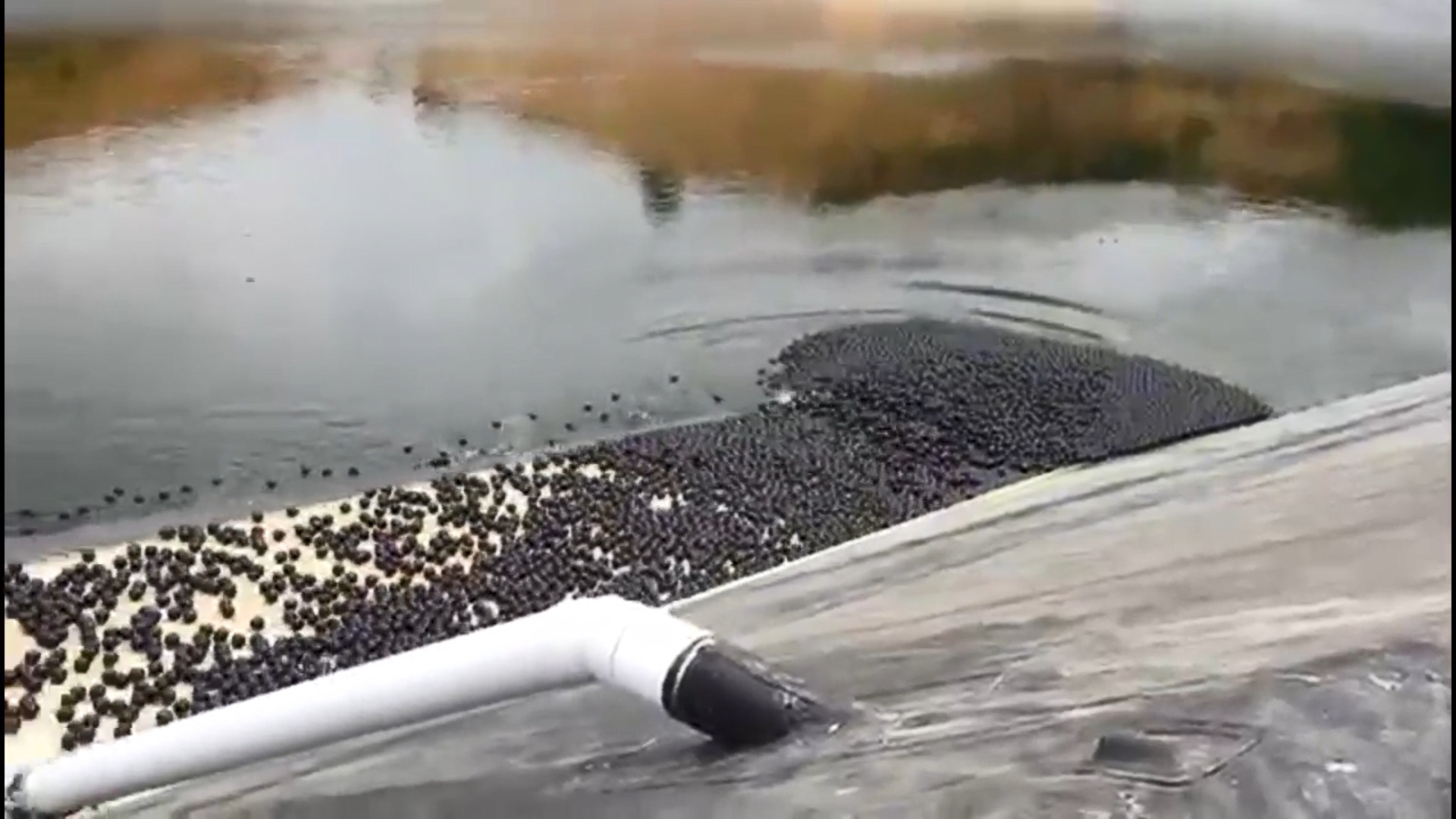 Having these balls to take up space on the water surface also prevents excess nutrients from contaminating the water, directly preventing the formation of algal blooms that can cause water to be toxic and fatal when drank.

Shade balls are expected to save up to 300 million gallons of water each year in California. Let’s hope that this new step in water management is able to overcome the problem of water scarcity in California.