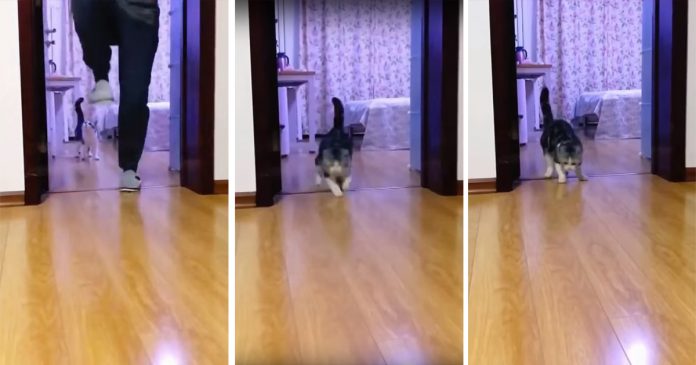 To change things a little bit, this cheeky owner changes his cat’s furry toy with a more fun game.

However, this time, it involves an invisible adhesive tape!

The video captures a hilarious moment a cat being absolutely confused when he sees his owner jumps at the door over an invisible barrier.

The video starts with a shot of a door with two lines of invisible adhesive tape between its frame.

Then, it continues with the cat owner proceeds to pulling the door open and jumps over the tapes 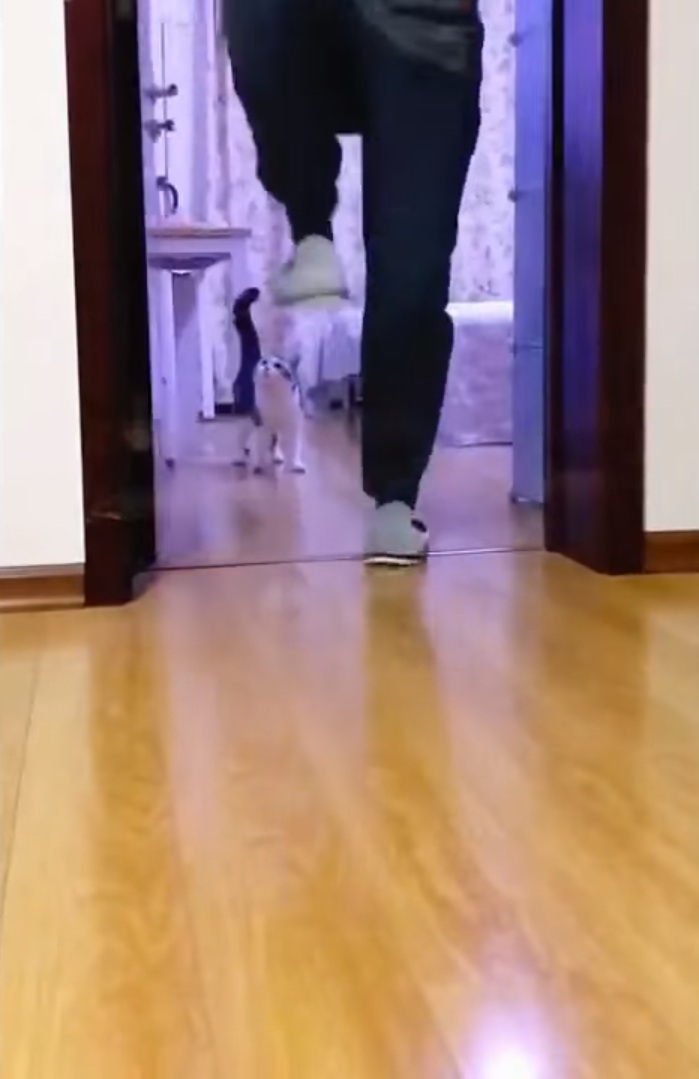 The cat follows the owner’s action but the tapes block him from passing through the door!

His cute and clueless reaction is definitely hard to dismiss 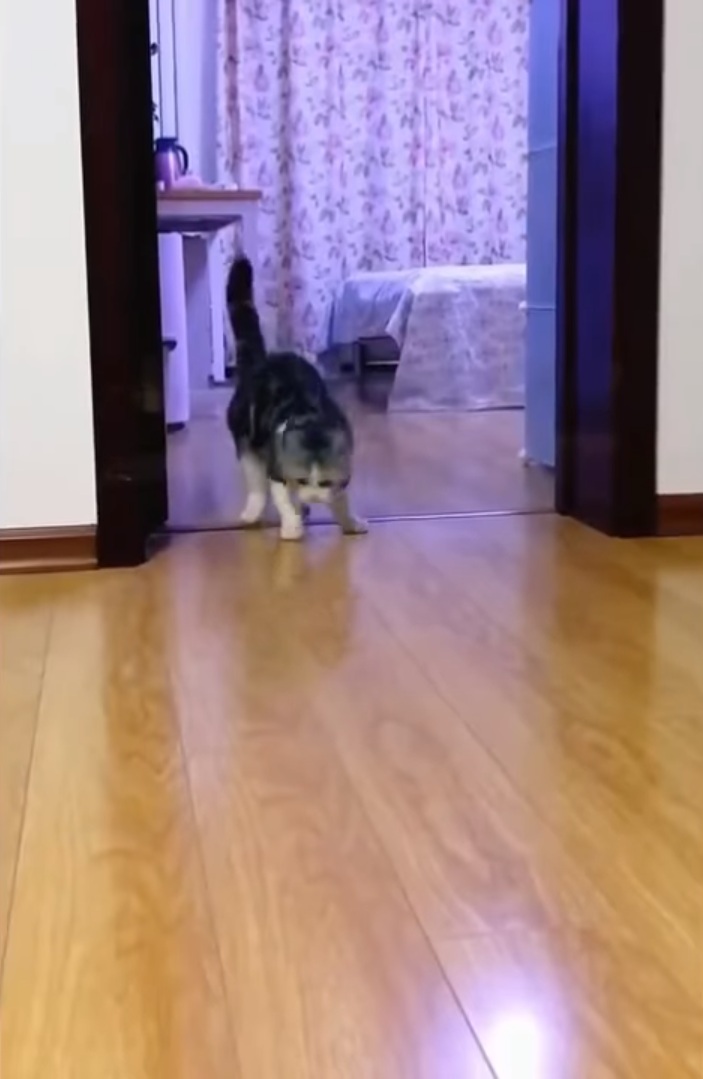 To be honest, it would be hard to detect that there are, indeed, tapes lines across the door frame at first glance.

Only when the video actually points out that there are tapes on the door that viewers can clearly see them. This is very tricky! 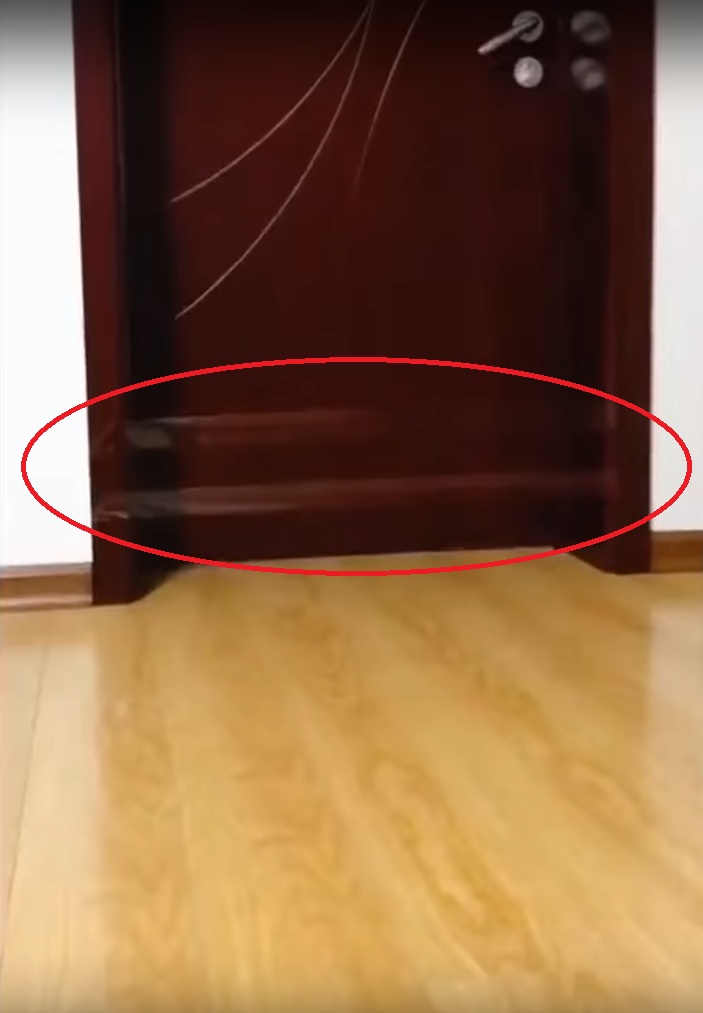 Nevertheless, the smart kitty as if knows that the best way to pass through the door is to follow his owner’s action. Hence, the cat does not waste much time and jumps over the tapes!

And he passed the trick!