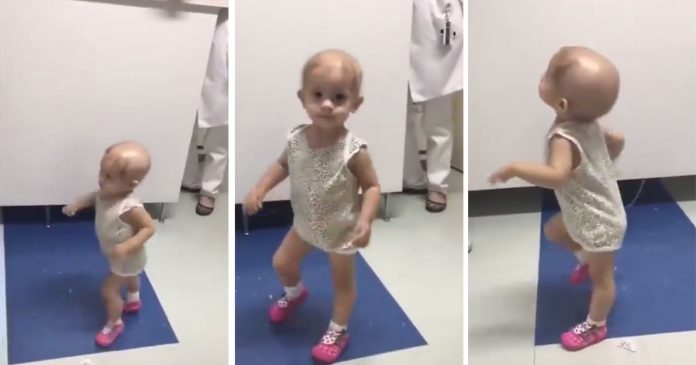 As a doctor, it is not a surprise to see Dr. Paulo Martins walking in and out of the paediatric oncology unit but instead of bringing just a stethoscope, he also brings a ukulele.

The long stay that some patients have to endure at Ribeirao Preto Clinical Hospital in Sao Paulo, Brazil, the hospital he currently works at makes he feel sorry for them.

Hence, apart from giving them a top-notch treatment, Dr. Martins also serenades his patients whenever possible with his ukulele.

One day as Dr. Martins went to the paediatric oncology unit as usual with his ukulele, one tiny toddler heard his serenade 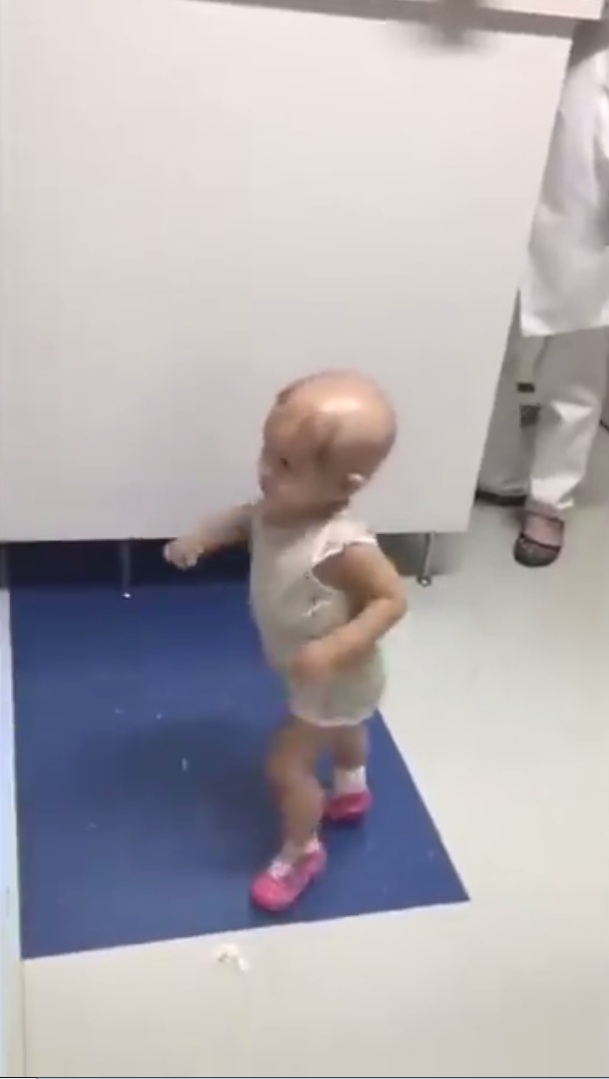 She immediately went to search for him and when she found Dr. Martins playing his ukulele and singing down the hallway, the toddler rejoiced with her cute dance.

The toddler named Sophia Romao is a 17-month-old toddler who is currently battling Langerhans Cell Histiocytosis, a type of rare immune system disease 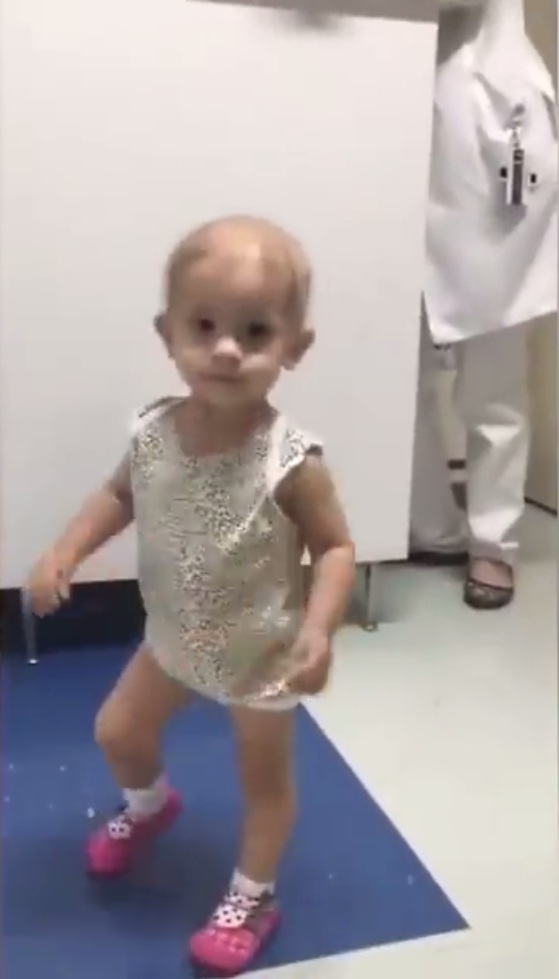 She has been in and out of the hospital since birth as she undergoes countless chemotherapies but that has not dampened her spirit.

When she heard Dr. Martins was serenading down the hallway, she danced her heart out “I was going from one room to another and I noticed there was always a little one at the door. She followed me wherever I went and when I left the last room, she was waiting for me in the corridor,” the doctor said.

“She looked at me with curiosity and it was clear she wanted me to play a tune for her.” 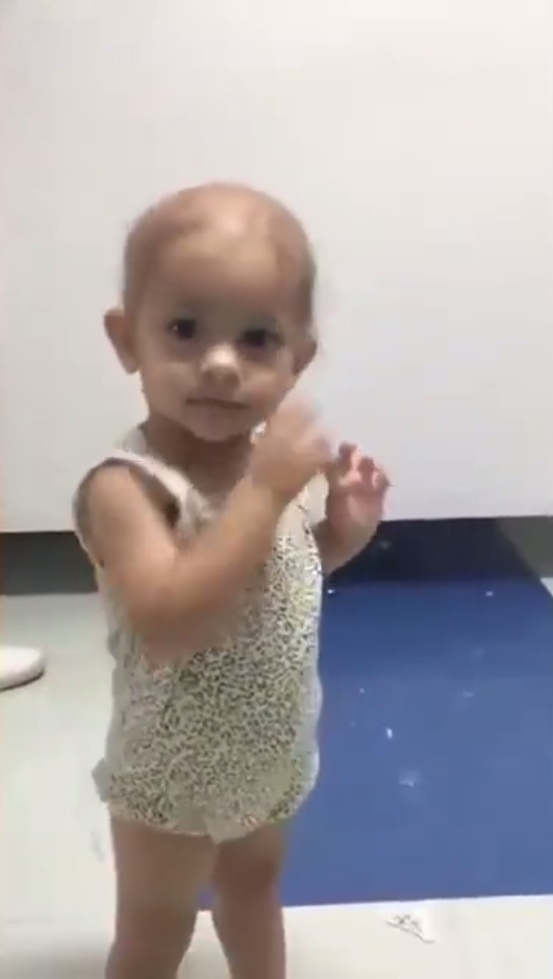 Sophia was definitely in love with the tune that Dr. Martins played for her as the little girl stomped her tiny feet and twirled around even when an IV tube still attached to her 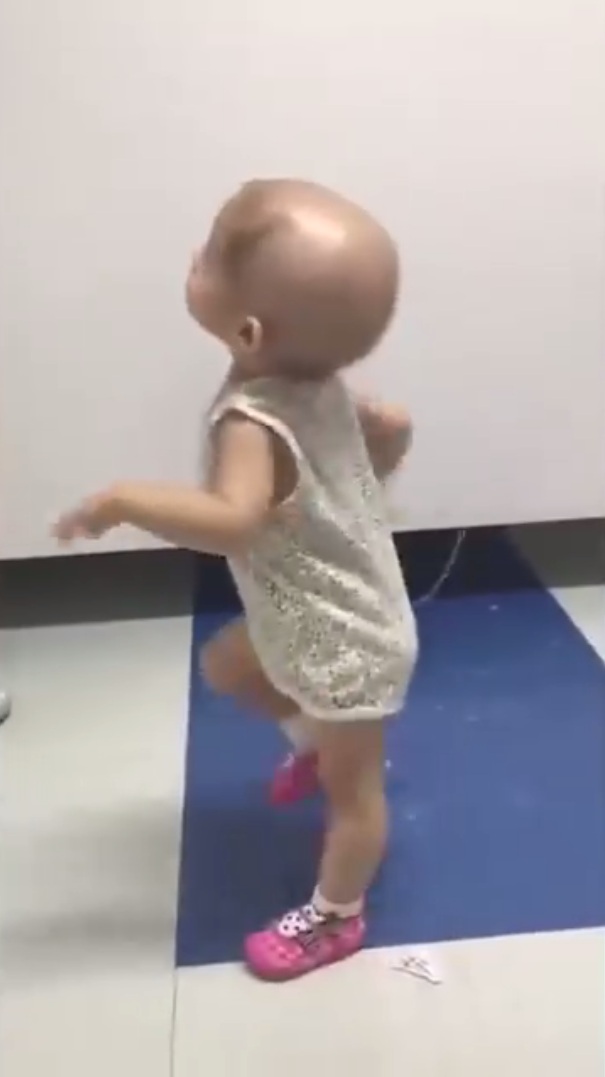 The video of little Sophia dancing to Dr. Martins’s singing has touched thousands of hearts around the world when it was posted online. Many praised the doctor’s thoughtful effort to brighten up his patients’ day.