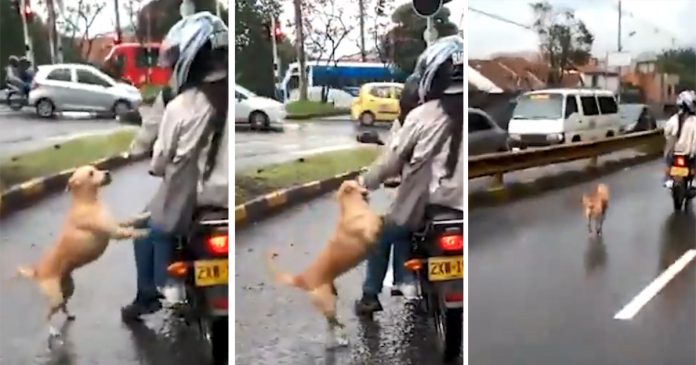 Recently, a video showing a dog runs after his owners left him on the roadside became viral on the internet.

The video shows a golden retriever desperately chasing after his owners, a couple who cold-heartedly leave him on the roadside to abandon him.

The incident is believed to have taken place in Bogotá, the capital of Colombia. The couple can be seen riding a motorcycle and drive away even after the dog runs after them.

In the video, the dog seems to be able to suspect that the couple is going to abandon him. Before the couple drives away, the dog tries to make an attempt to stop them with his front legs 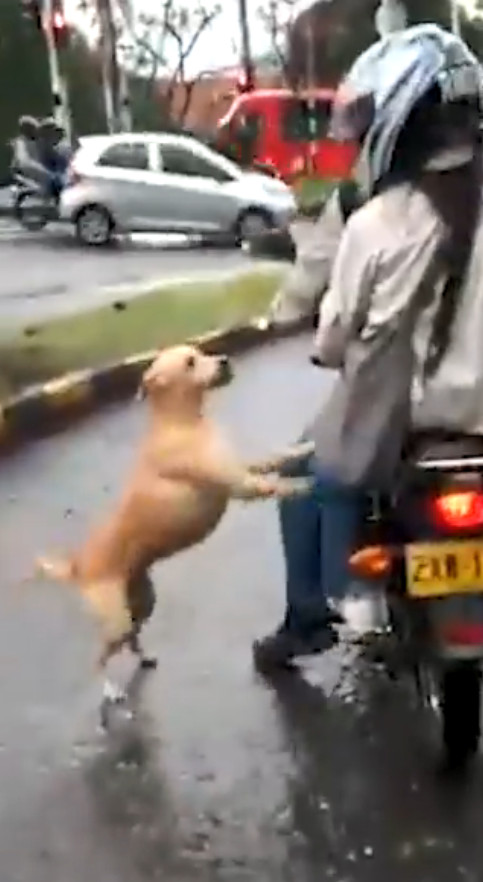 As the couple waits for the traffic light to change, the dog continuously begging to them to not abandon him. 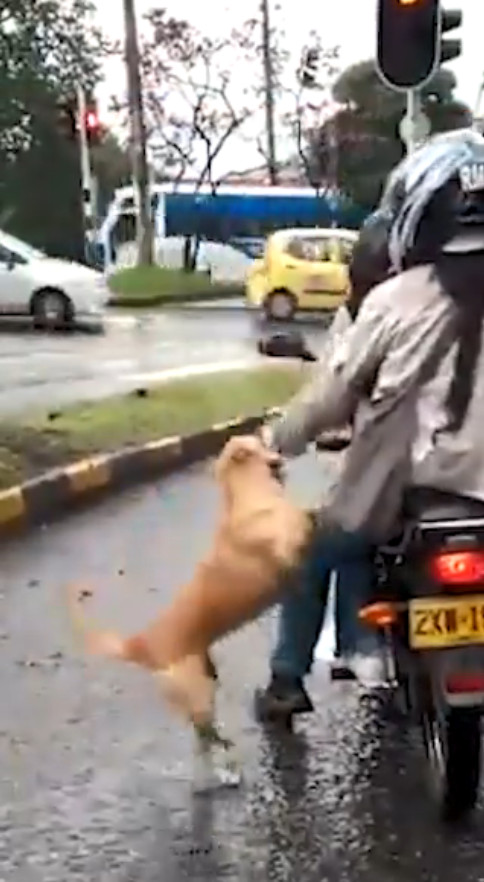 Unfortunately, when the traffic light changes to green, the couple just drives away.

However, the dog does not give up yet as it runs after the couple in the middle of the busy road 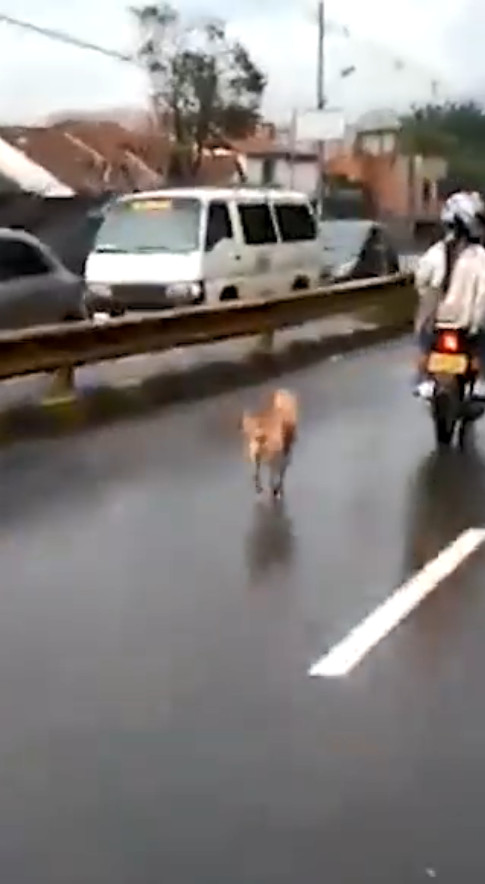 The cold-hearted action of the owners has sparked public anger towards them who think that their action is completely irresponsible and heartless.

The video has drawn criticism towards the couple as many people are concerned about the well-being of the abandoned dog.

Dog Frantically Chases Her Owner’s Car After Realizing She Was Dumped...