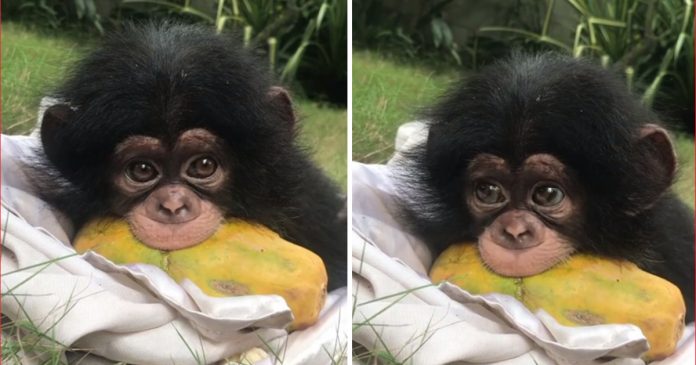 With his big, round eyes, this baby chimpanzee has melted thousands of hearts around the world while eating a papaya.

The four-month-old ape can be seen in the video enjoying the sweet and juicy papaya alone as the camera records him eating.

The heartwarming video quickly made rounds on the internet after it was shared by user Tara Hoda on Facebook on September 10.

Tara Hoda took the advantage of the video to share what the baby chimpanzee has gone through at such a tender age.

Behind the round eyes and naive facial expression, the baby chimpanzee is actually one of the many wild animals who are lucky to be rescued by the chimpanzee sanctuary 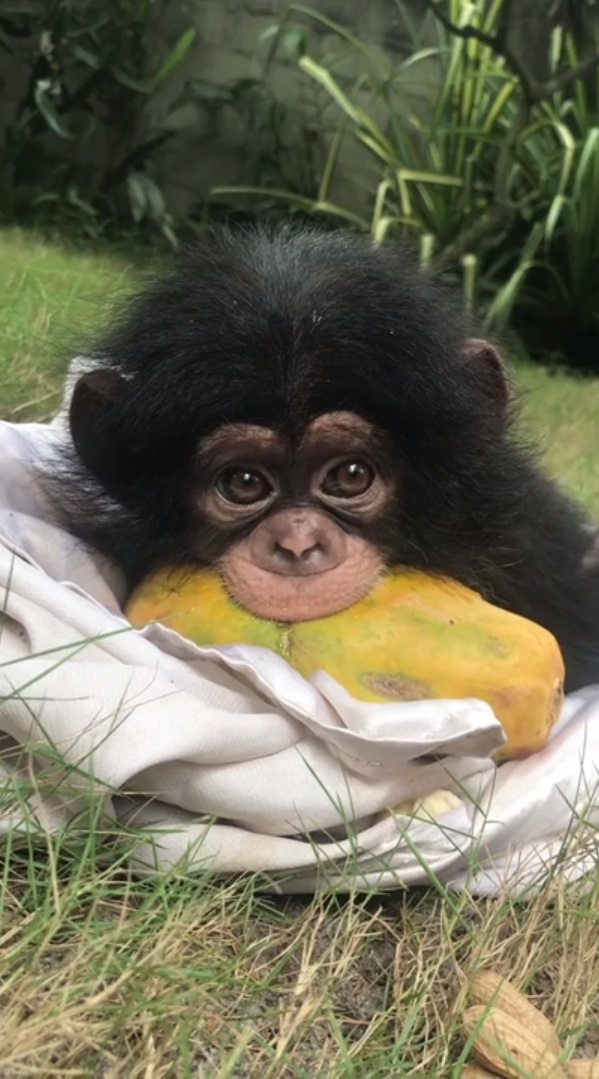 Those primates who are not lucky enough to get to the sanctuary usually have their lives ended at the hand of illegal poachers or die during illegal pet trades.

The critically endangered species have dramatically decreased in population since the last twenty years.

To give a new hope and to conserve the chimpanzee population, a sanctuary was built in  Côte d’Ivoire to house the chimpanzees who are rescued from the illegal poachers, like this baby chimpanzee 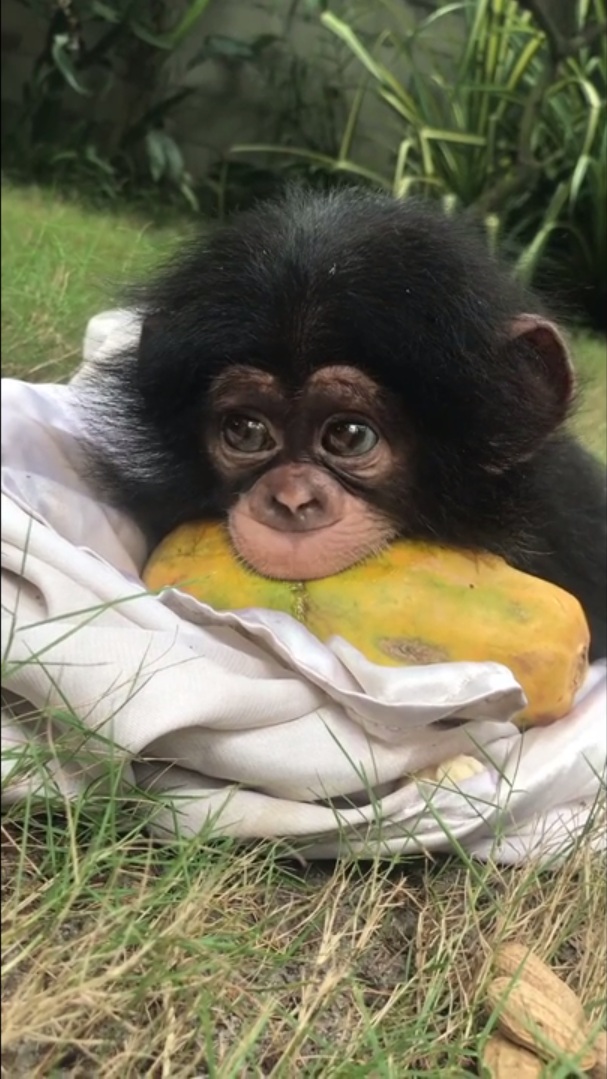 Tara Hoda hopes that this video of baby chimpanzee will touch many hearts as well as to raise awareness about the welfare of this endangered species.