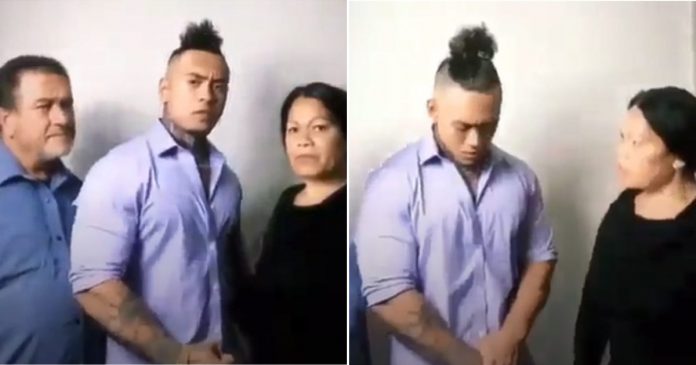 This tattooed man is all dressed up for a photo shoot with his parents but there is one thing that just does not seem right to his parents.

The man who sports tattoos all over his right arm right up to his neck which can be seen underneath the light blue shirt he is wearing tries to pose like a gangster for the photos.

However, he does not get the approval from both the photographer and his parents!

This video which was taken in a photography studio shows the man standing in between his mother and father who look quite serious and formal for the photo shoot.

After the trio took the first photo, the photographer abruptly interrupted by saying to the father that the son is posing like a gangster for a formal photo 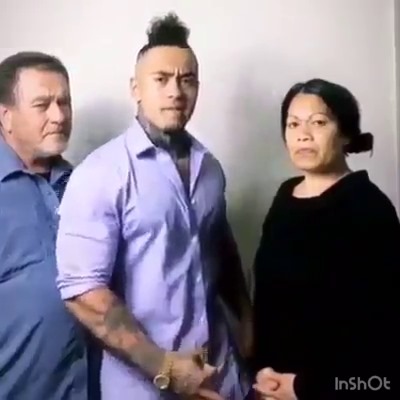 His mother who stood on his left then slapped his hand while his father said, “Again!” 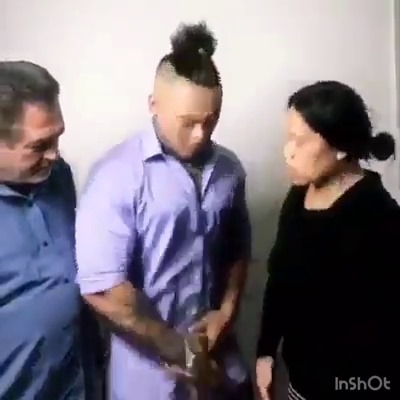 The photo shoot then continued but the son continued posing like a gangster, this time by flexing his buff arms 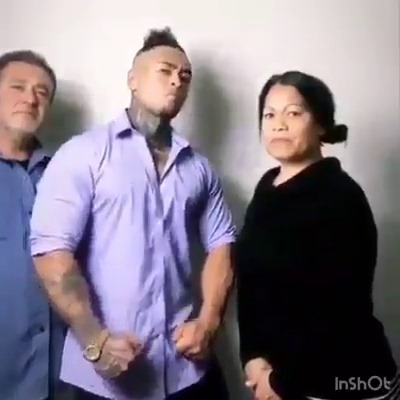 The father who noticed his son’s pose then asked him to tone down.

“Easy, easy, easy,” the father said to his son 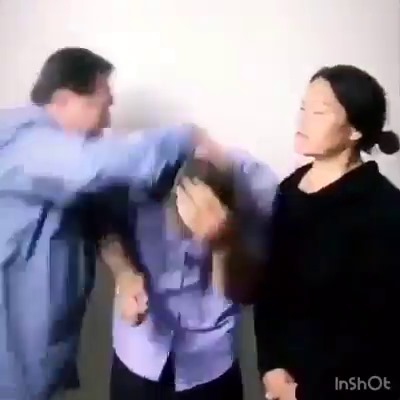 When it was time to take a photo with his mother, the son, made another attempt to show off his manly style by unbuttoning a few top buttons of his shirt but the mother who noticed it later did not approve of it 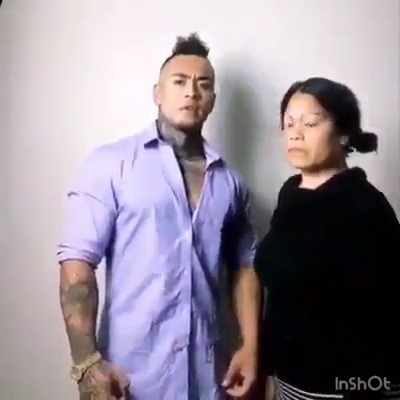 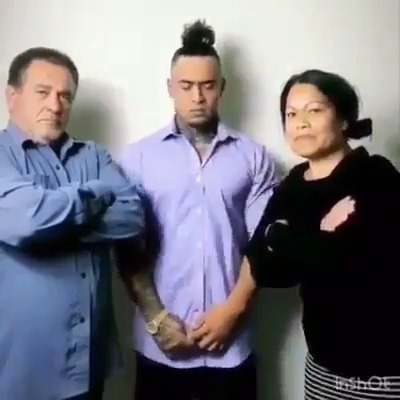 The photo shoot came to an end after the photographer wrapped it up with the last photo that he said was “Perfect.”

A 54-year-old Grandmother has Youthful Features, and She Looks Like Her...