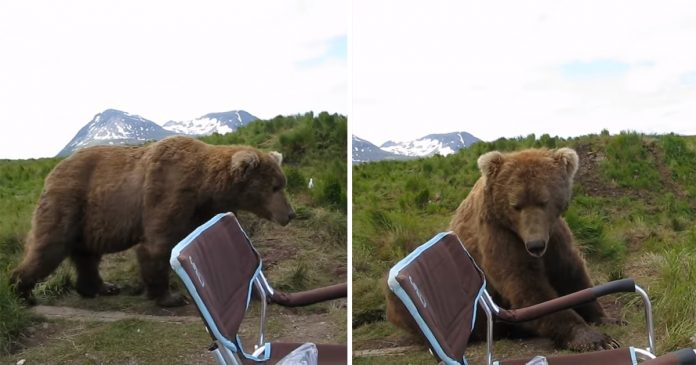 The McNeil River in Alaska is famous for congregation of brown bears. The area was designated by the authority as a wildlife sanctuary in 1967 and enlarged it in 1993.

McNeil River State Game Sanctuary is one of the few places in the world that allow visitors to experience a close encounter with the brown bears.

A lucky man had a close encounter with a big brown bear in the sanctuary when the big fellow sat casually next to him to enjoy the nice breeze and beautiful scenery.

Reported by Huffpost, In 2014, Drew Hamilton, a tech worker with the Alaska Department of Fish and Game, was photographing brown bears in the sanctuary and had this once in a life time close encounter with this cool brown bear.

According to Natural Habitat, Hamilton has spent more than a dozen years observing and photographing brown bears, black bears and polar bears across Alaska and Canada.

Hamilton was just relaxing in his camping chair. Suddenly, a large brown figure made its way next to Drew and it was not quite a while later that Drew realized the figure was a large brown bear 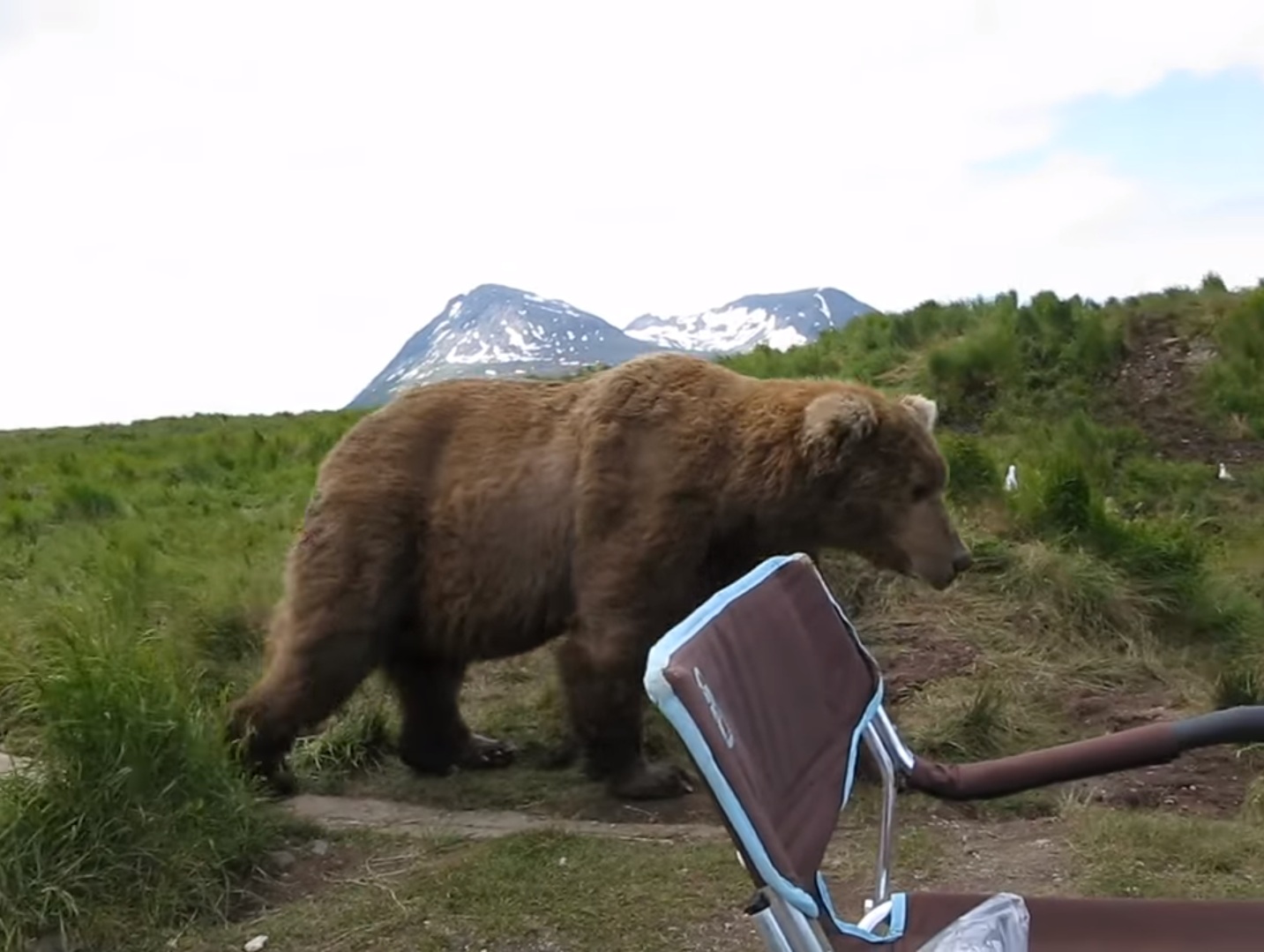 As the brown bear walked to the riverbank, Drew recorded the pleasant surprise with his camera.

Even though the brown bear appeared out of nowhere, it did not show any signs of it being disturbed by Drew’s presence in the area 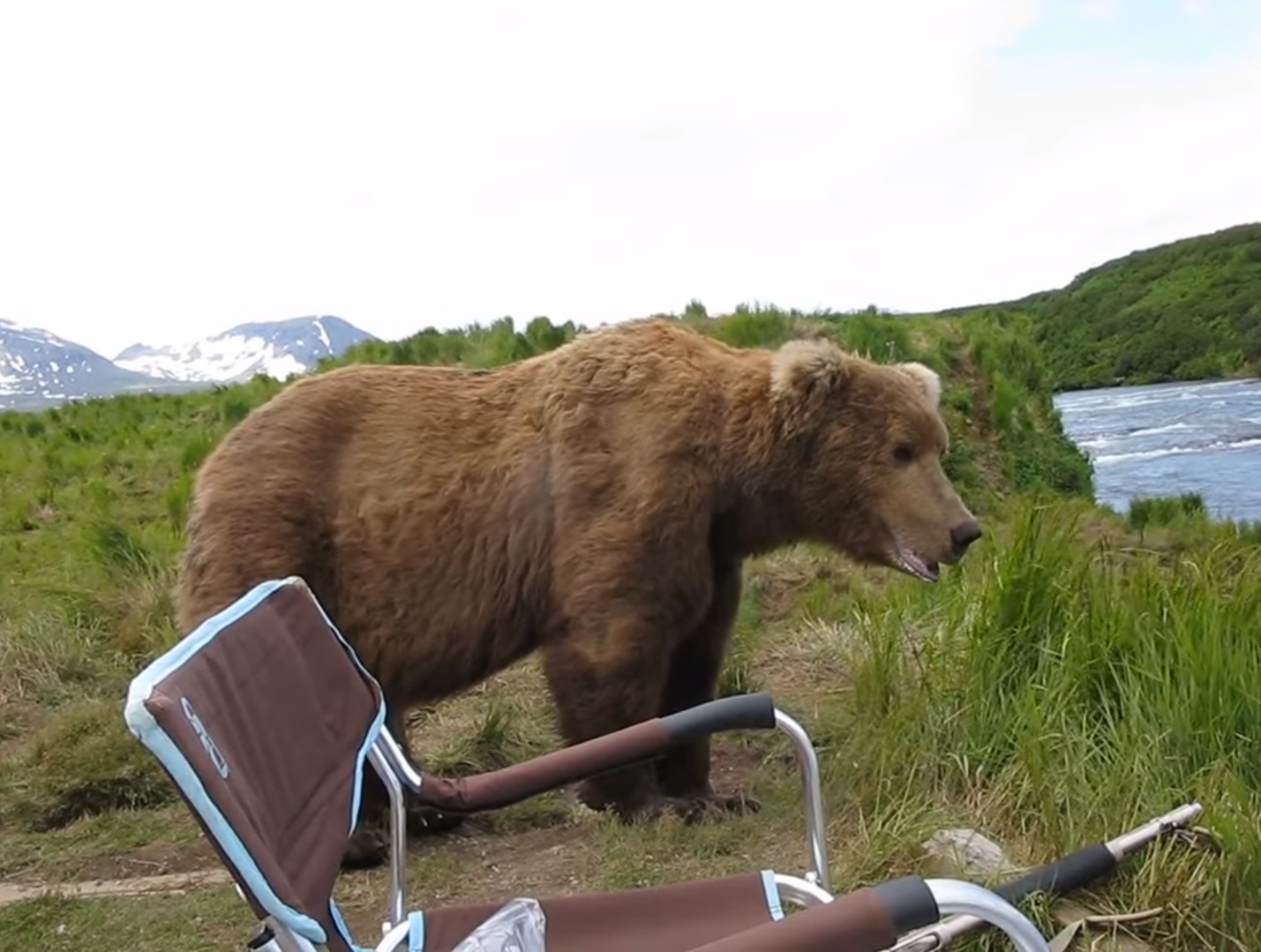 As the video progresses, the brown bear can be seen settling next to one of Drew’s camping chair, appears to just wanted to share the tranquillity and the beautiful scenery nature has to offer 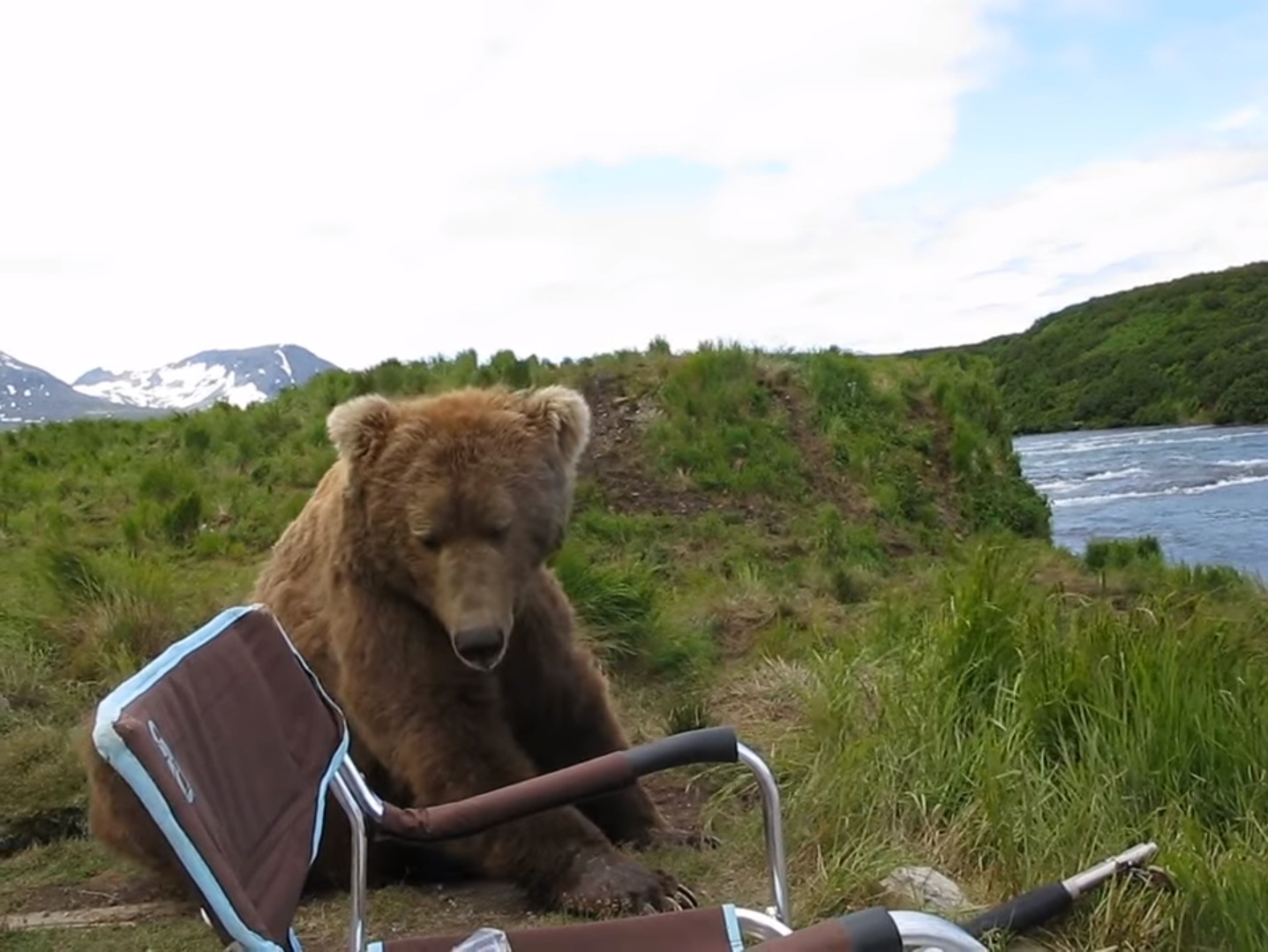 Not long after that, the brown bear then quietly walked over to somewhere else, leaving Drew at the campsite 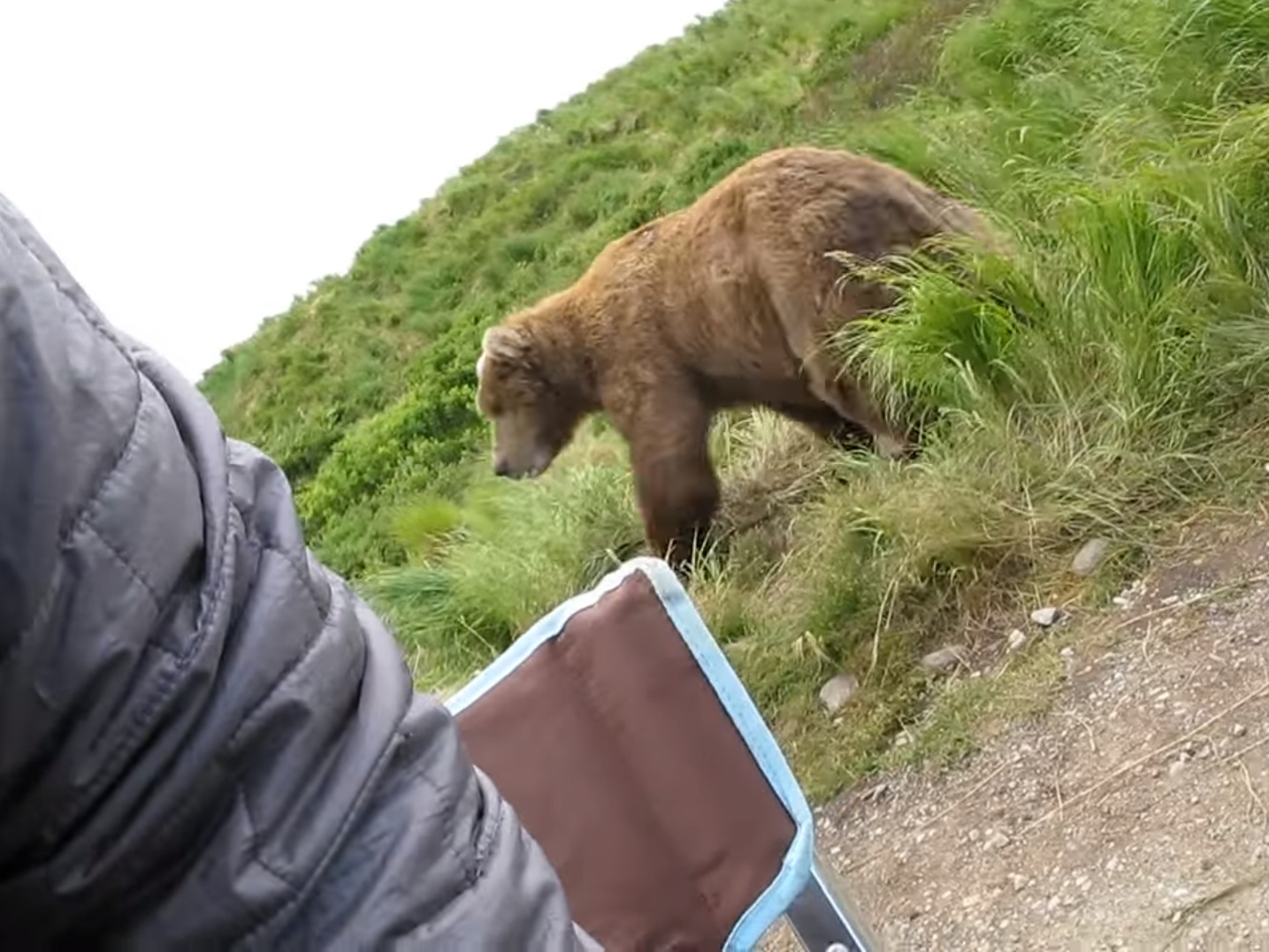