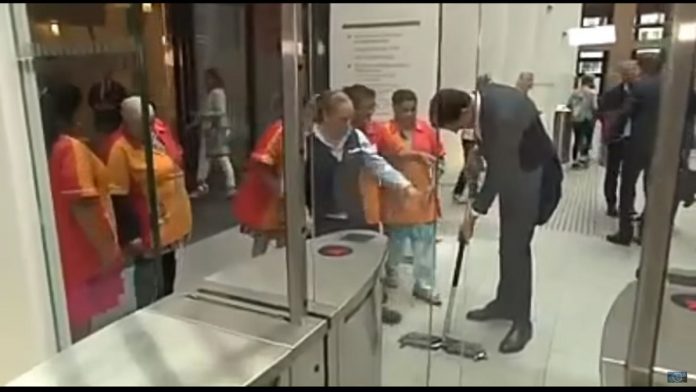 A viral footage of Dutch Prime Minister Mark Rutte cleaning up his coffee spill at the entrance of the Ministry of Health, Welfare and Sports building has drawn major praise from around the world.

Rutte was walking into the building in The Hague to attend a coalition council.

Suddenly, his arm got stuck when he walked through the scanner. That was when he accidentally spilled his coffee

Startled by the unexpected spill, he then decided to reach for a mop in an attempt to clean up his mess

The building’s cleaning staff who saw the prime minister mopping the coffee off the floor then stood right next to Rutte, clapping and cheering for his action

The video of the head of the Netherlands’ government later quickly made rounds on the internet with many people voicing their surprise at the sight of a world leader cleaning up his own coffee spill.

Many social media users have been quoted writing that their own leaders would never do such a thing. “People across the world are lauding the PM for this, and on the other hand, it also gives a glimpse of the elitist mentality that other political leaders project,” the Indian Express newspaper wrote. 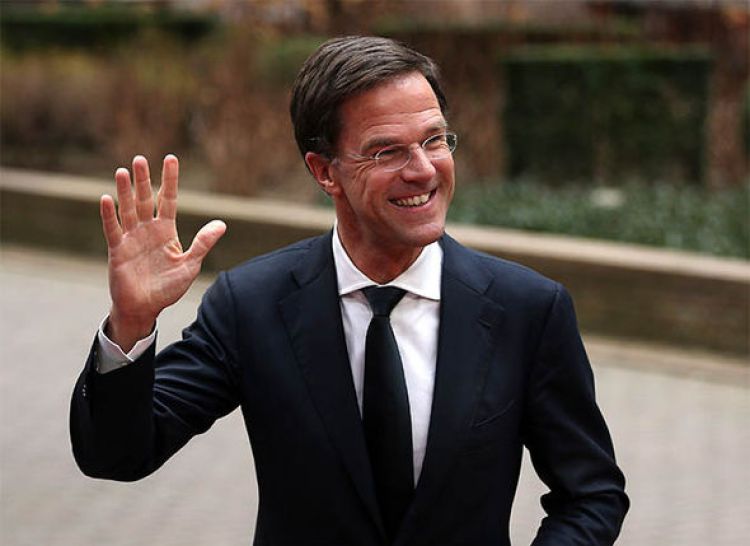 Last year, an image of him cycling to King Willem-Alexander’s palace for a meeting became viral 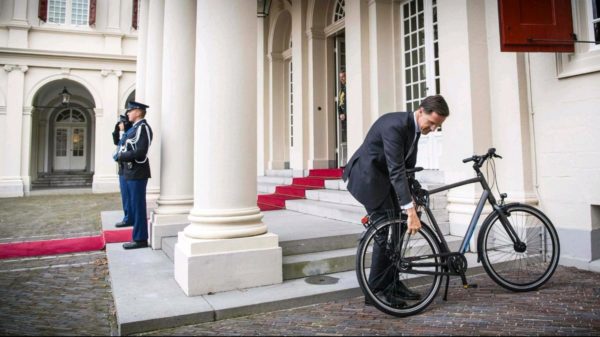 However, Rutte’s approach has been criticised by some Dutch journalists that his actions are staged to gain the support from the public

In spite of the criticism, Emilie van Outeren, a Dutch journalist with the NRC Handelsblad newspaper suggested that Rutte’s action may be genuine seeing how the cleaning staffs dare to go near the head of the government when the incident took place. “In what country is there so little hierarchy that the cleaning ladies dare to react like that?” she tweeted.

The drill championship is the ultimate test of strength and it...

Restaurant staff refused to serve ‘homeless’ man and told him to...