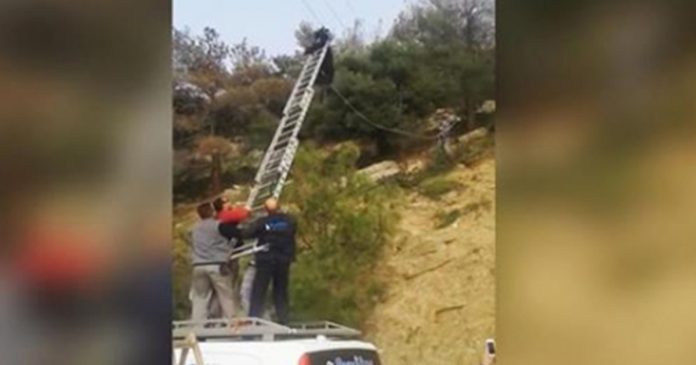 It might be hard to imagine a goat getting stuck on a power line but this incident truly happened in real life as caught in this video.

That was what happened in the countryside of Greece when a goat somehow managed to hook his horns around the power line.

Soon, the goat found himself in a very unexpected situation; dangling high in the air with his horns hooked on the power line 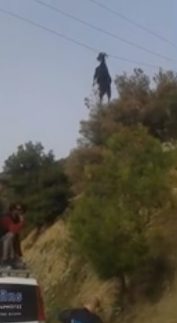 Luckily for the goat, a group of men came to his rescue to bring him down. However, since there was no way of reaching the goat directly, the rescue proved to be a challenge. 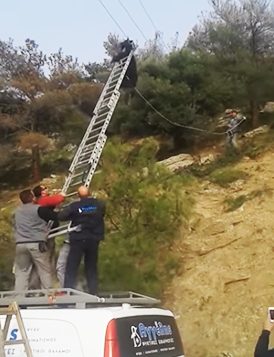 Fortunately, the goat was unharmed during the incident but one question remains unanswered: how did he get up there? 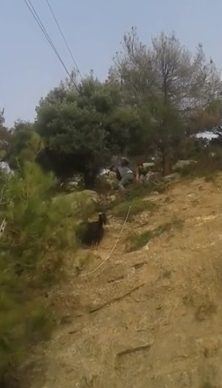