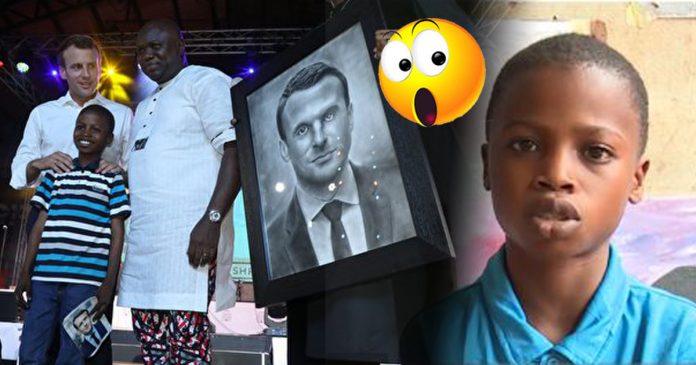 He is only an 11-year-old boy but Kareem Waris Olamilekan already made headlines on major news websites around the world for his incredible hyperrealistic drawings that even the French president Emmanuel Macron acknowledged.

Olamilekan recently drew the praise of Macron during the president’s visit Fela Kuti’s New Africa Shrine in Lagos on 3 July.

The young artist not only managed to impress Macron, he also impressed the whole world when he presented a stunning hyperrealistic portrait of Macron which he drew in just two hours

Macron who was visibly moved with Olamilekan’s skills

Growing up in a poor neighbourhood in Lagos, Nigeria, this super talented young artist’s dreams are anything but small.

At such a tender age, Olamilekan has blown the art world away with his hyperrealistic portraits

Regrann from @ayowoleacademyofarts – @theslowart working on the portraiture of @akinwunmiambode Medium: pastel on paper …. – #regrann

He first showed his interest in painting at the age of 6 by drawing his favourite cartoon characters.

Two years later, he joined a growing community of young artists in Lagos where he learned how to create hyperrealistic paintings with charcoal and pencil 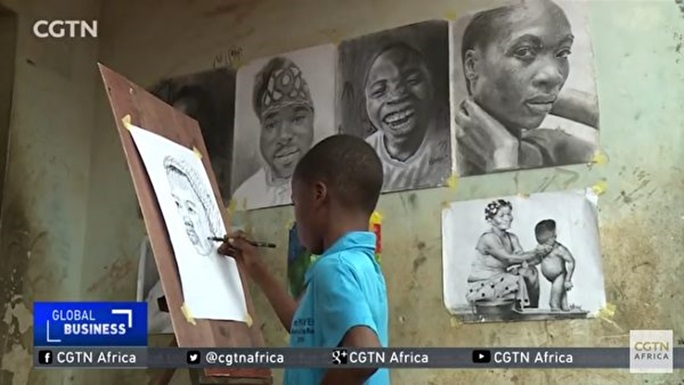 Olamilekan’s art teacher, Adeniyi Adewole said that he always reminds Olamilekan to not think himself as a mere street artist 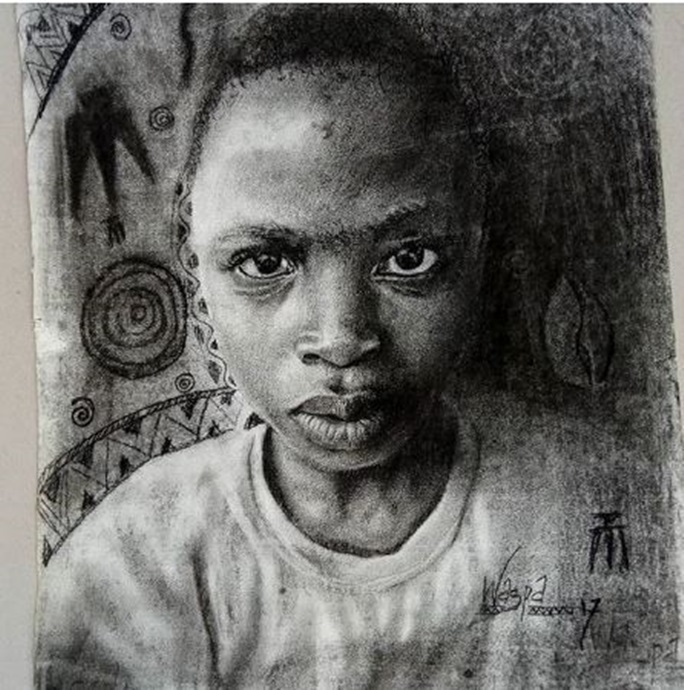 Instead, he encourages the boy to think bigger and to take inspirations from renowned artists like Michael Angelo and Arinze Stanley Egbengwu.

“He can go far, farther than even beyond our expectations because I believe with what he has been doing, he’s going somewhere greater,” Adewole said

Even though his name is becoming more popular in the art world with more than 76,000 followers on Instagram, like his fellow peers, Olamilekan came from a very humble background. His family house does not have electricity which forces him to depend on a flashlight when he wants to draw at night.

Nevertheless, the hardship has become a strong leverage for his motivation to become a great artist and pursue his dream. Olamilekan’s next dream is to be a household name in the art industry 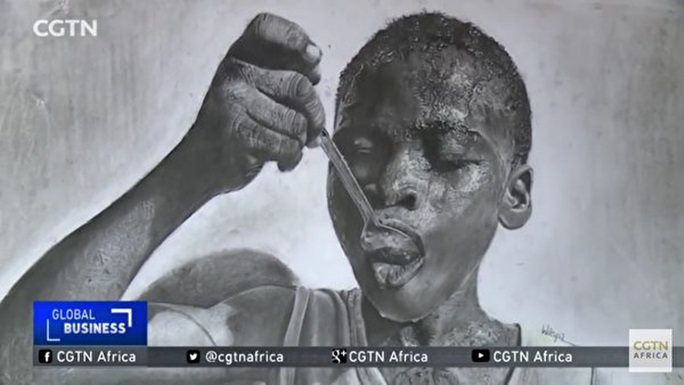 “I want to see myself among the great artists, in museums,” the talented artist replied when asked what he wished to become in the future.

Baby gets confused when he met his dad’s identical twin and...