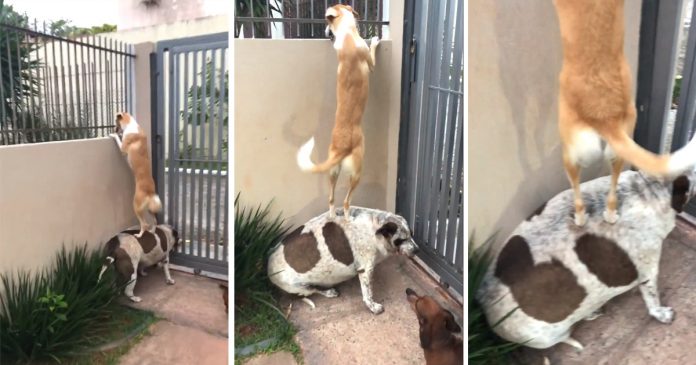 We often get crushes, and at first, it seems minimal, as in “Oh, she seems pretty cute” or “he’s good-looking”, then we may start to think more about the crush and develop the desire to see the person everyday.

Do you know in the animal world, they also get crushes?

On a sunny morning, a lady dog owner was shocked to notice her three dogs were up to something unusual in the car porch. She heard noises coming from the next house so she went to check it out at first.

This lady dog owner and her family couldn’t stop laughing when they saw their brown dog stepping its foots on the body of the chubby dog to have a peek at the neighbor. 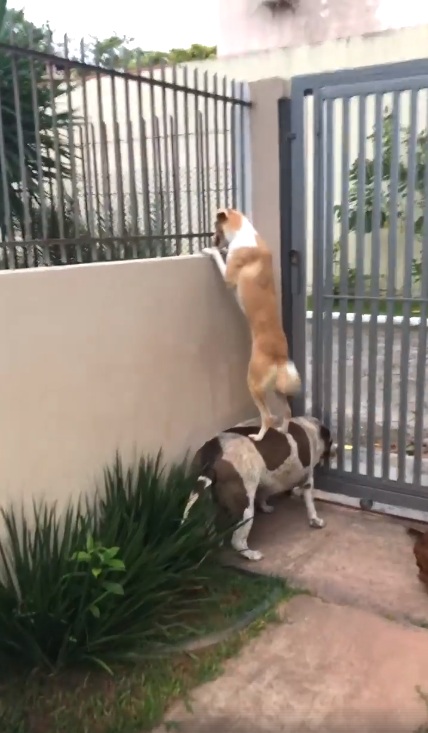 A dog with brown fur decided to take the first peek over the wall. With the help of his best friend, he just barely made it to take a peek and what he saw next door was totally awesome!!! 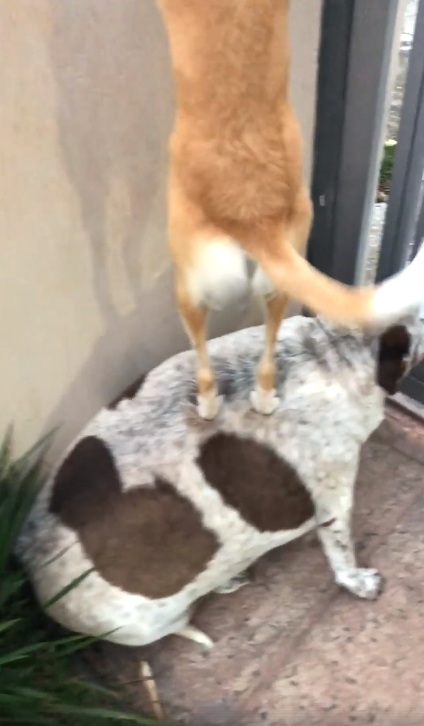 It was their neighbor’s cute dog! 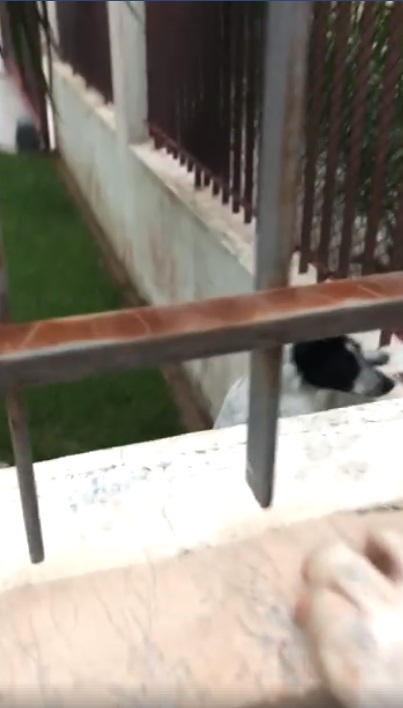 These dogs thought they knew how to pull off their mischievous plan spying on the neighbour’s dog without anyone knowing but it was not until their owner discovered their cheeky behaviour.

Thankfully, their cheeky antics were caught on camera 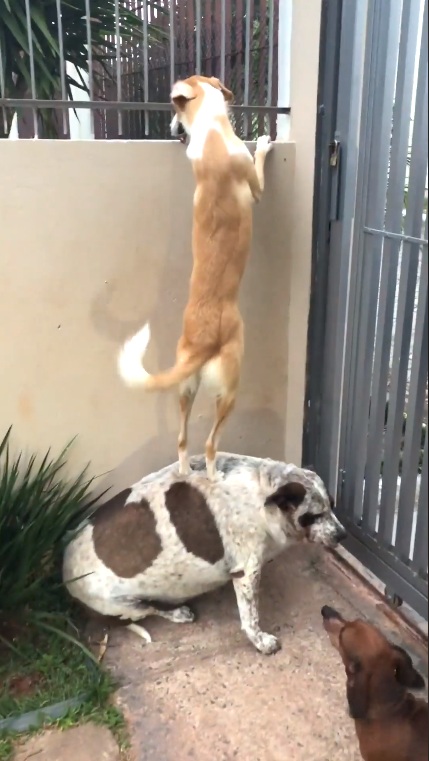 The owner later posted the video on Facebook where it quickly being circulated around as the online community, too, found the dogs hilarious.

One Facebook user, Sal A Doceti wrote: “I thought that was very clever of them two. The bottom one is actually the big brother helping his younger brother take a peek at the hot chick next door…..”

We thought so too! What do you think?

Watch the full video of these funny dogs trying their hardest effort to get a peek of their cute neighbor here: