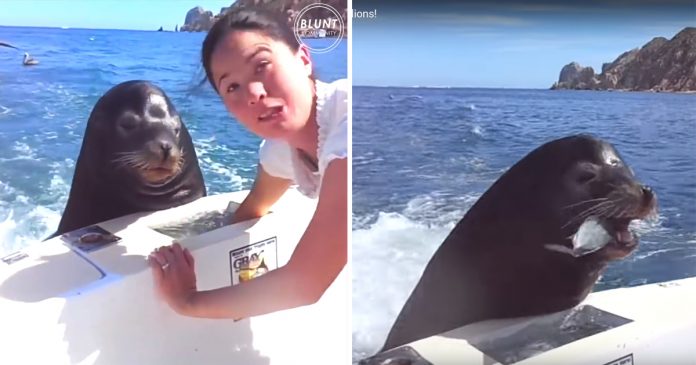 Peter Ladey was out fishing with friends off the coast of Carolina when they received a pleasant surprise from an unexpected guest.

A hungry sea lion jumped right on the back of their boat and demanded to be fed fish. 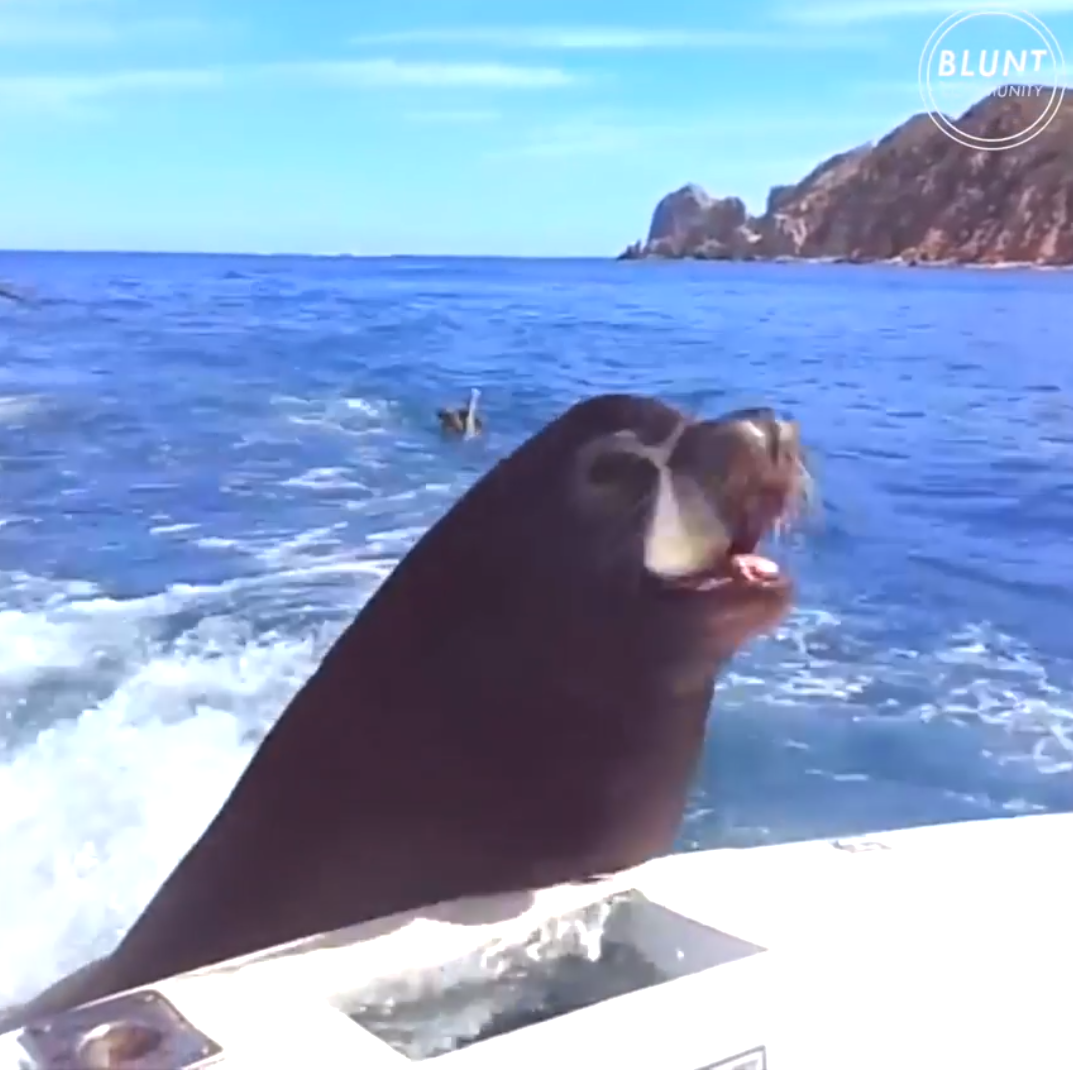 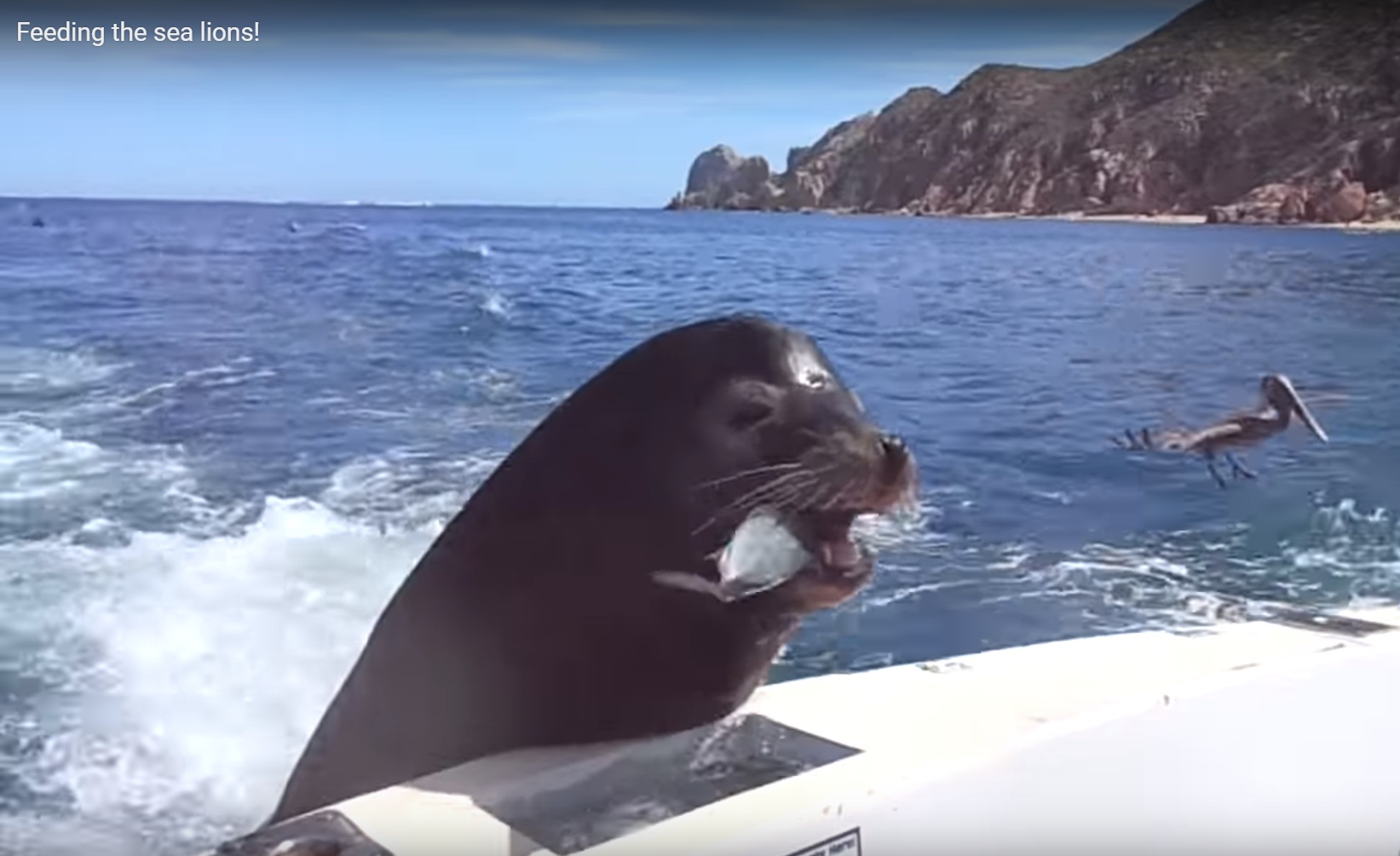 After eating the first fish, the sea lion apparently would like more of it as he stayed on the rear of the boat, waiting for a second helping.

No one could say no to the sea lion, especially when he put on a cute face and waited patiently for his turn to be fed! 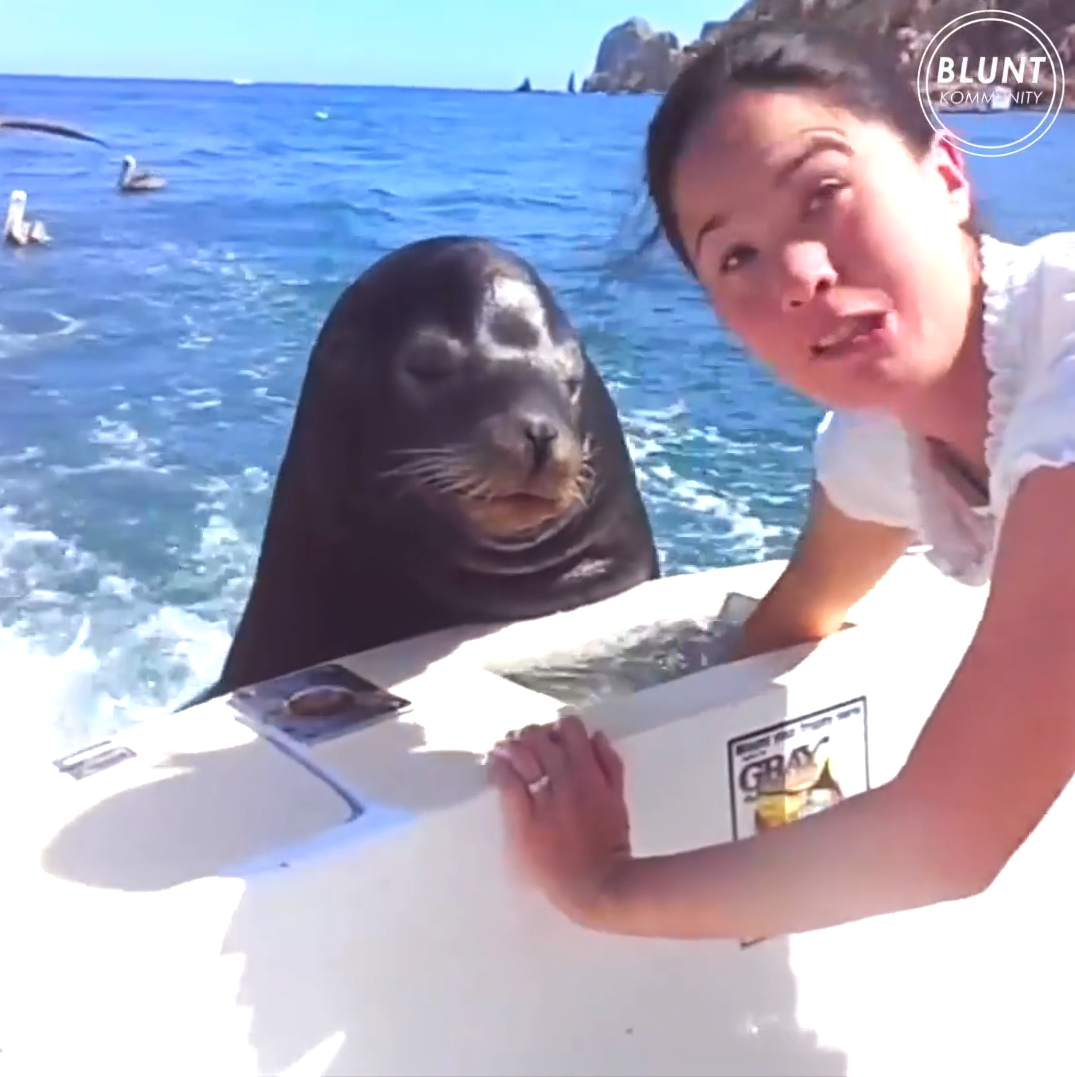