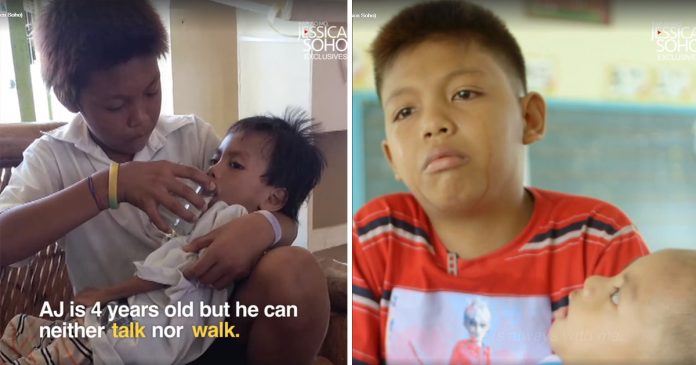 Most 11-year-olds do not have many worries and concerns other than going to  school and playing with their friends but this boy does not have any options but to take care of his disabled younger brother.

Even if that means taking him to school every day.

11-year-old Alexis Peralta can only watch his friends play and run around because he has to take care of his 4-year-old disabled younger brother, AJ, who can neither talk nor walk. 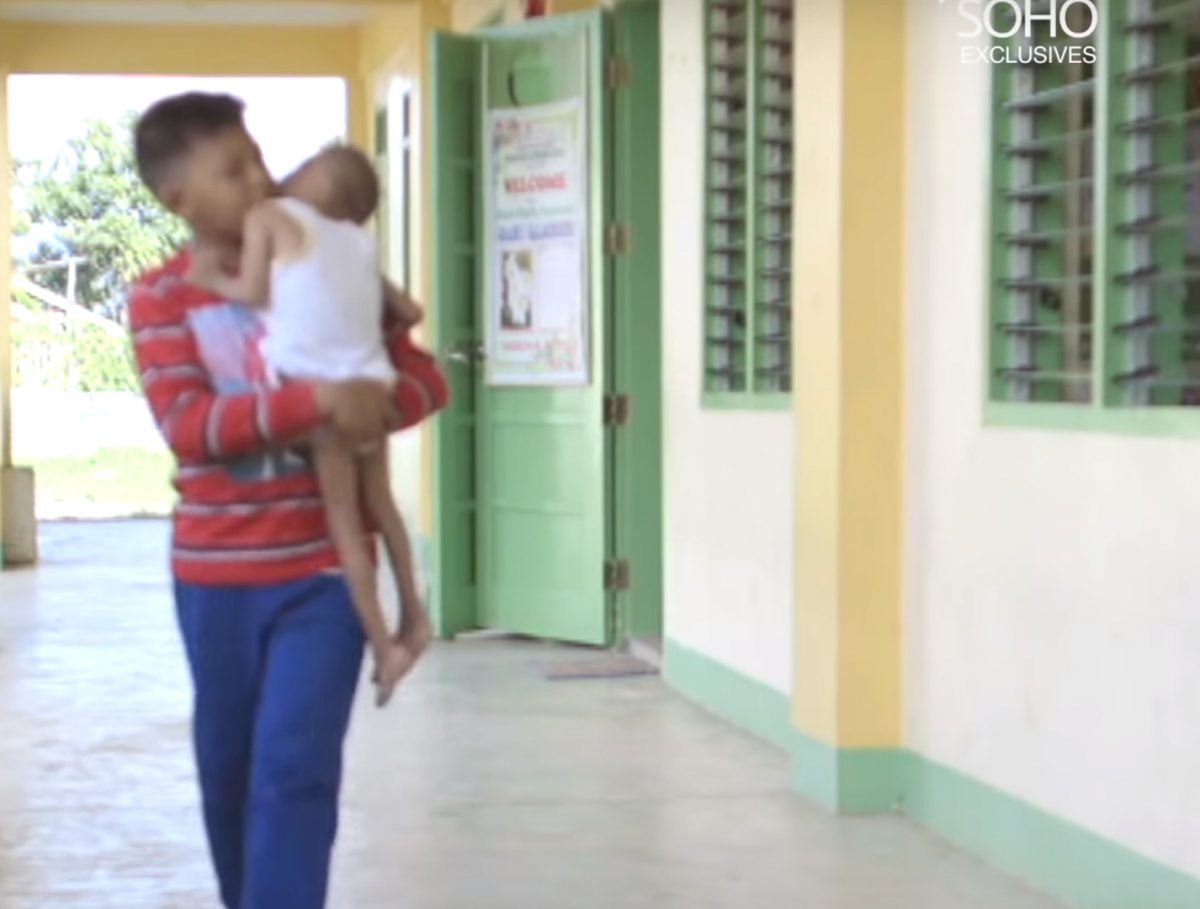 Earlier reports revealed that the two brothers have another sibling living in school and two more living with their mother.

The mother, Luna Boloy had gone to Manila to work as a household helper and left the children under the care of her second husband.

Unfortunately, the boys were later abandoned by the irresponsible man who was also their biological father

With no reliable adult around, Alexis has to take AJ to school, carrying him by himself and walk 3 km to the school every day.

Thankfully, the school principal, Leyte, allowed Alexis to leave AJ inside her office. That is where Alexis can leave his brother so that he can wash their clothes and cook for them at the school canteen after school 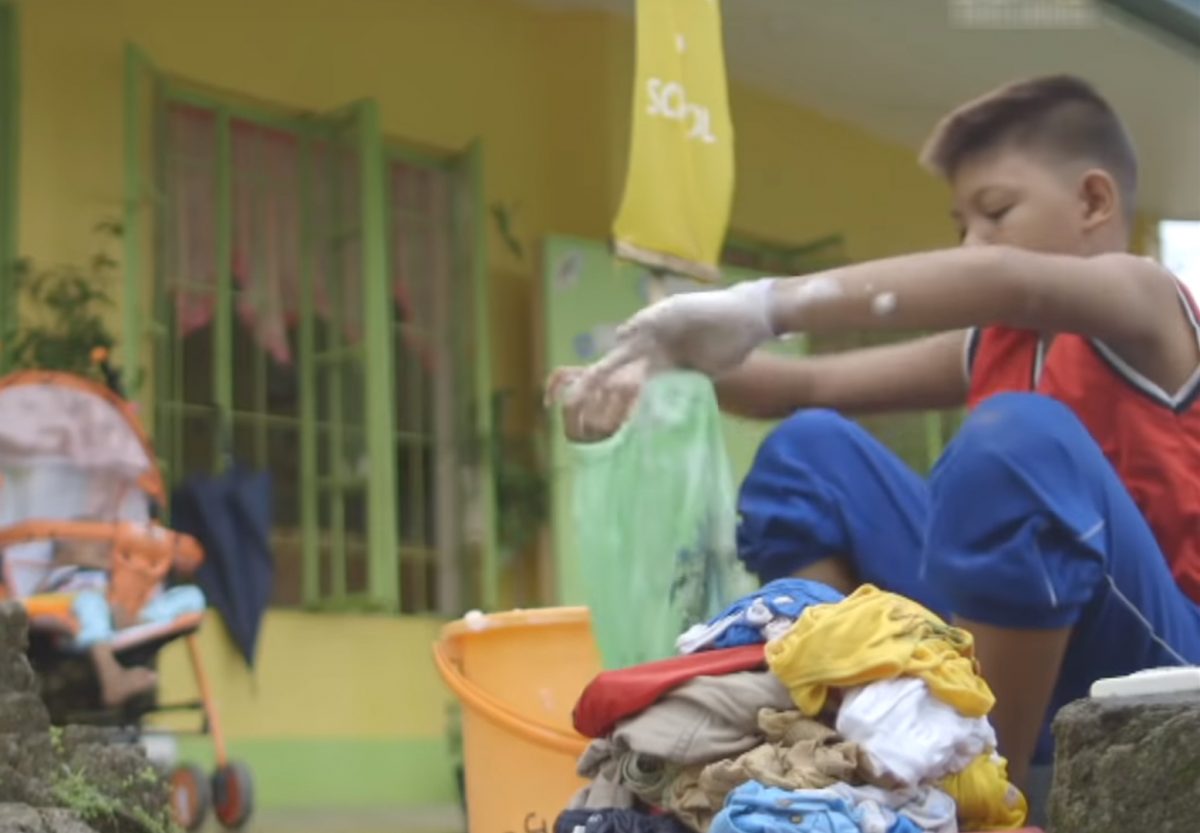 In spite of the hardships, Alexis never complained about the struggle. Instead, he only had one wish: to be reunited with his mother 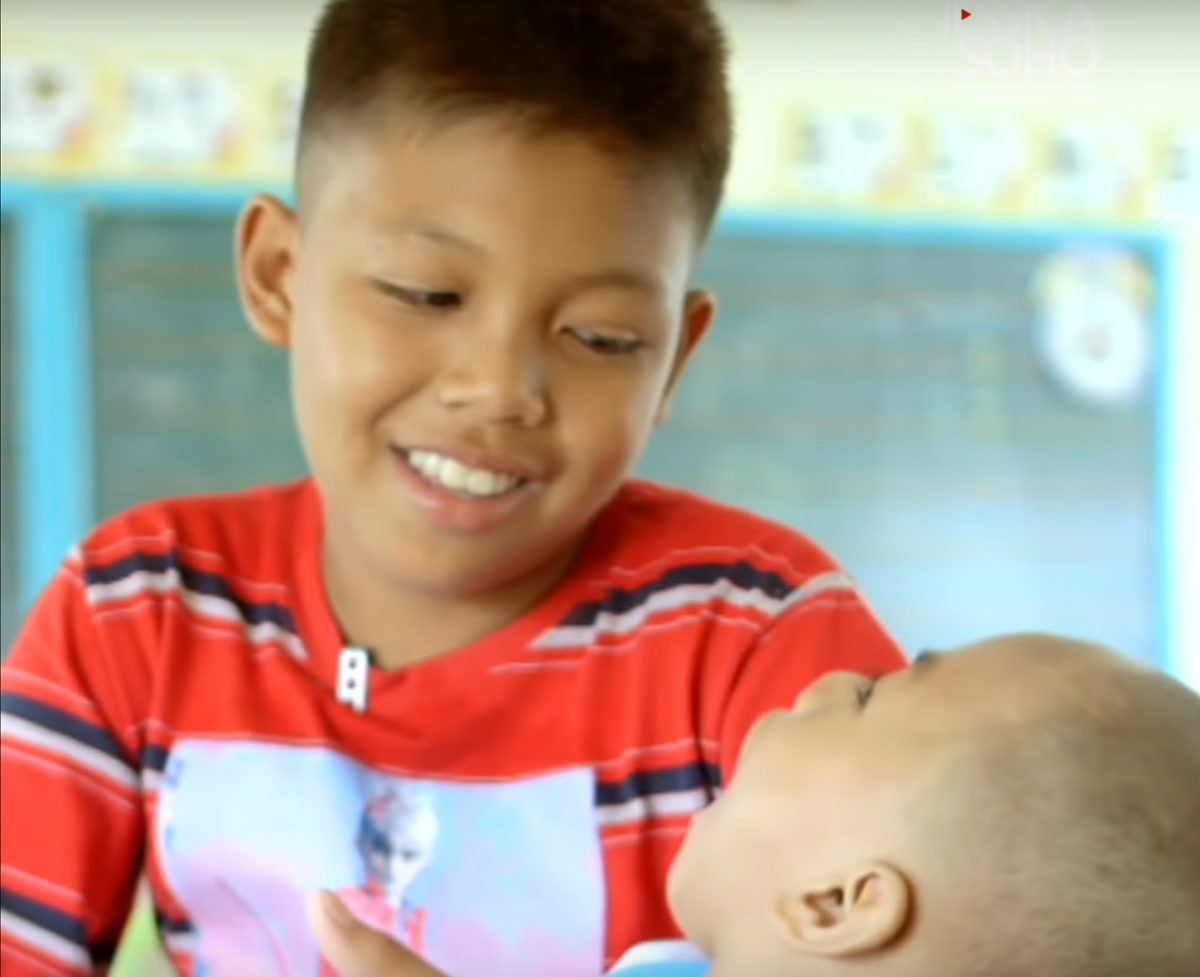 Will his only wish come true?