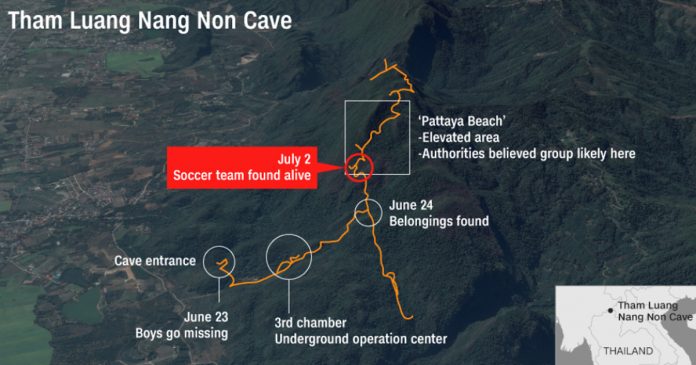 On June 23, Thailand’s Wild Boars soccer team members aged between 11 and 16 and their coach were exploring Tham Luang Nang Non cave when they became stranded after heavy rains flooded the cave’s entrance.

The unexpected floods forced them to go deeper in the cave to find higher grounds. Unfortunately, all of them lost contact with the outside world ever since.

Their sudden disappearance had sparked national concern for the safety of the boys and their coach for fear that they might not survive if heavy rains continued to fall and they were unable to free themselves from the cave. 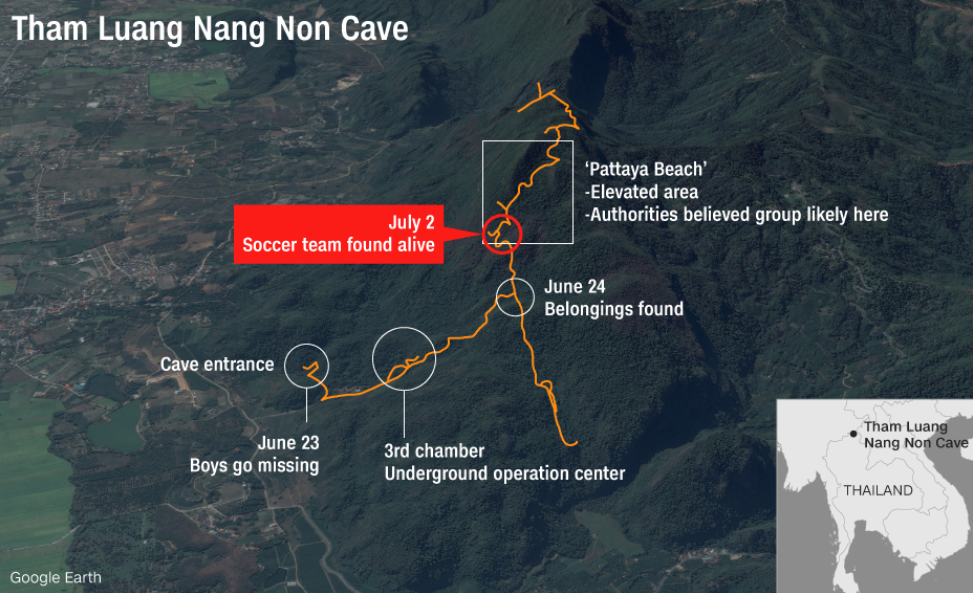 Rescue operations were later issued to rescue the soccer team and the team was found alive, huddling together on a small, dry and mud-covered incline surrounded by water in a pitch-black cave chamber.

Unfortunately, it is the wet season in Thailand with many parts of the country are experiencing heavy rains and thunderstorms.

The tight flooded channels are pitch-black and the team has to survive against fast-flowing muddy water, a dangerous condition of what one of the officials from the rescue team said: “You can’t tell what’s up, down, sideways.”

Since diving through the muddy waters is the last option, considering not all the boys can swim, the authorities decided to supply the stranded team with four months’ worth of food and begin teaching the boys how to scuba dive.

Capt. Akanand Surawan, a commander with the Royal Thai Navy said the four months expectation was made after assuming the rainy season ends in October to begin the rescue operation.

Currently, there are many options that are being considered to rescue the boys including pumping water out of the cave channels or lifting the boys out through the roof of the cave chamber to safety through a natural opening of a drilled entry point 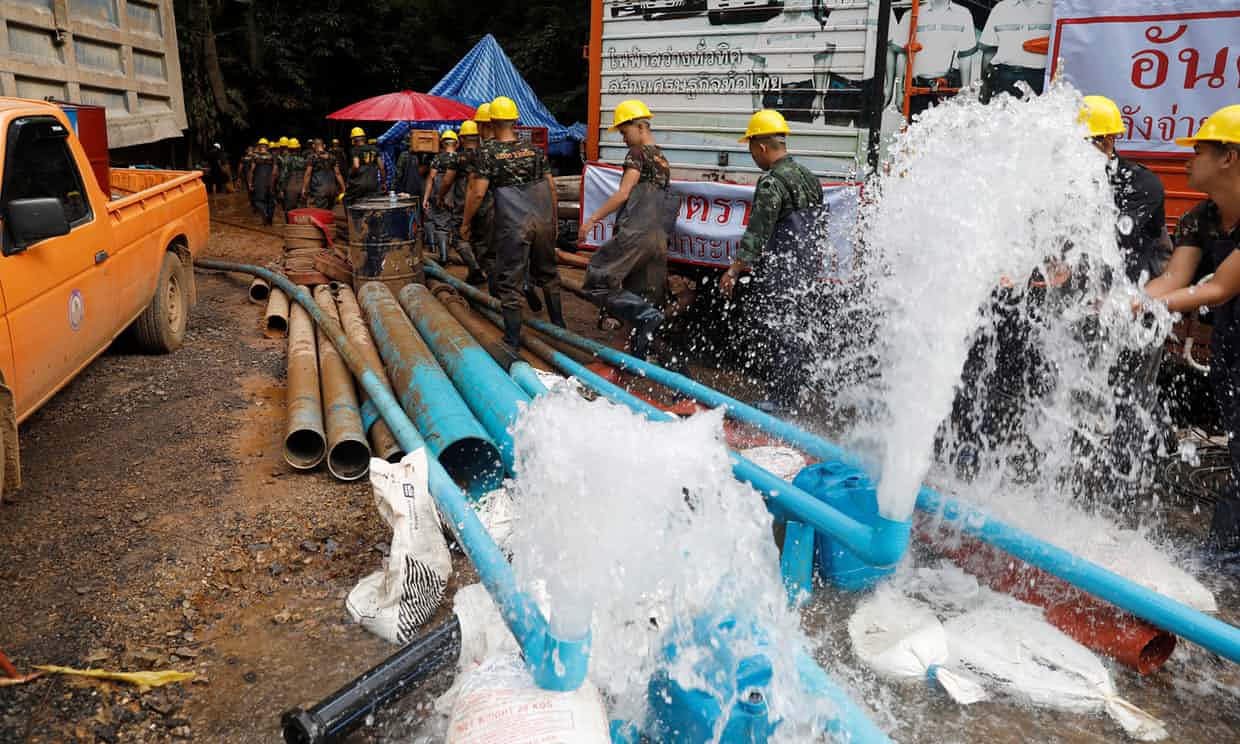