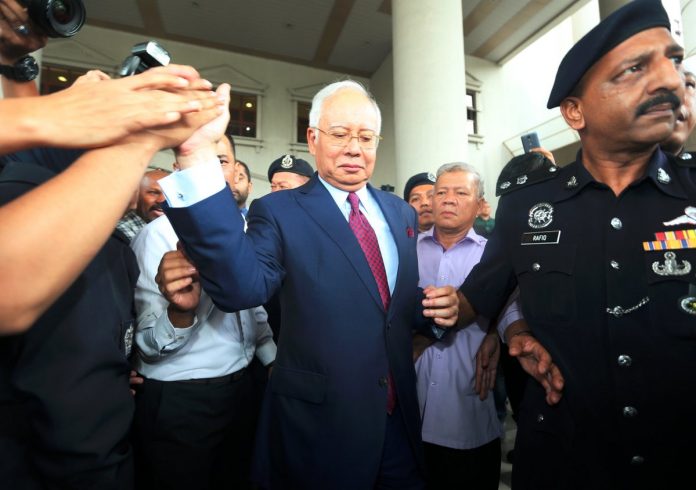 He was arrested at his residence in Jalan Langgak Duta here at 2.35 pm.

Najib later was charged with four counts of Criminal Breach of Trust (CBT) and one count of power abuse in connection with funds from SRC International Sdn Bhd totalling RM42 million (US$ 10.6 million). SRC International was a former subsidiary of 1MDB sovereign fund 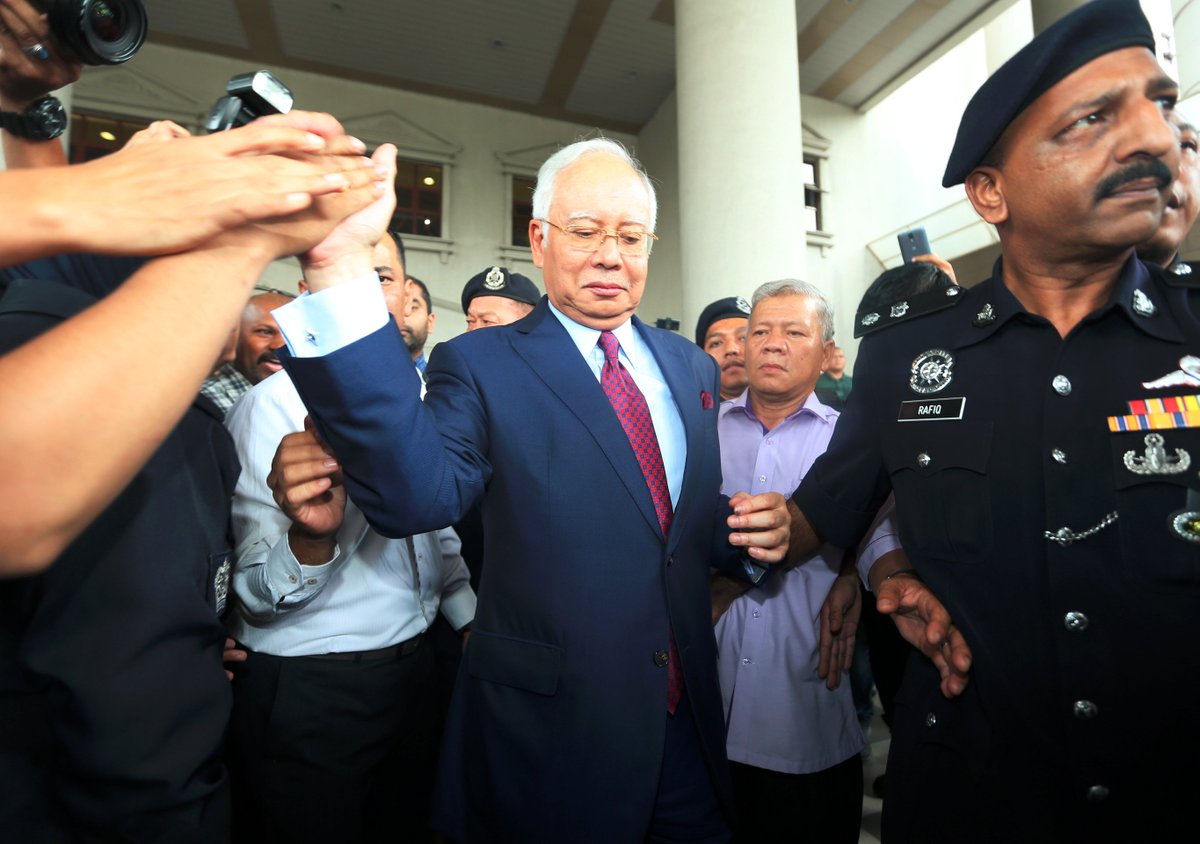 1MDB was founded by Najib in 2009 and is currently being investigated by at least six countries for alleged money laundering and graft.

Nearly US$4.5 billion from 1MDB was laundered through a complex web of transactions and shell companies, according to the allegation made by civil lawsuits filed by the US Department of Justice.

Raids at properties linked to Najib including the luxurious apartments at Pavilion Residences at Bukit Bintang here saw truckloads of seized luxury items like Hermès and Bijan handbags and cash worth RM 1.1 billion (US$ 272 million), allegedly to have been obtained with 1MDB funds 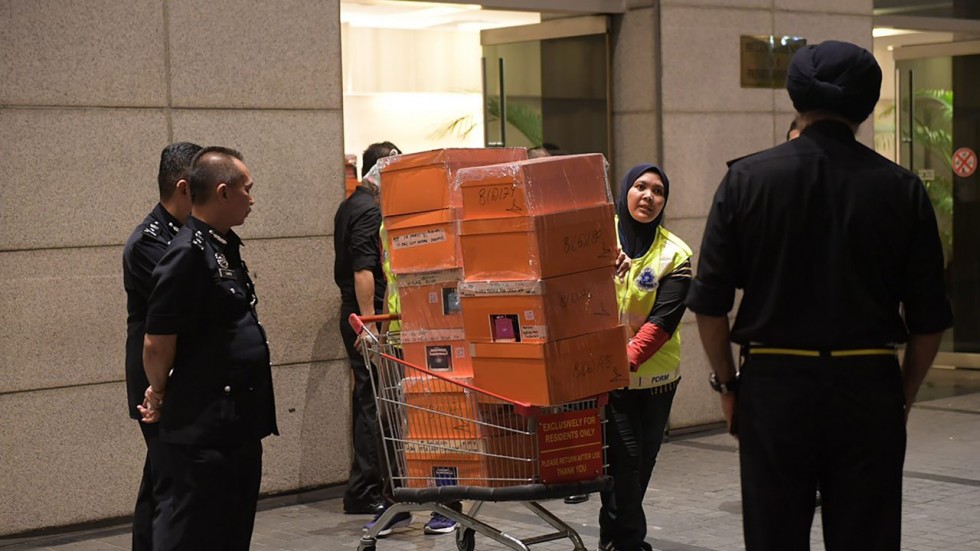 More than 400 bank accounts from individuals, political parties and non-governmental organisations (NGOs) were frozen in relation to the probe.

Najib and the fund have denied any wrongdoing.