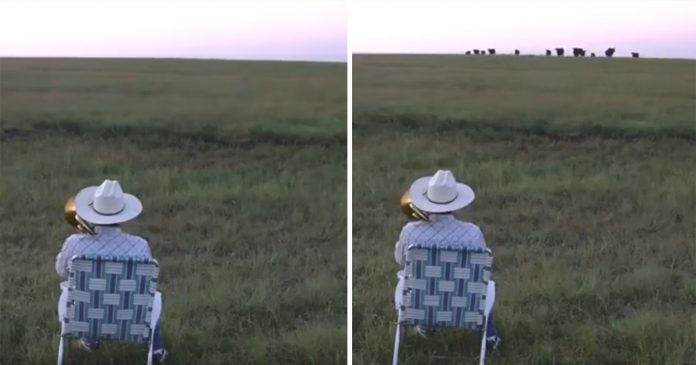 This farmer from Kansas, United States has the coolest way to gather his herd of cows from the comfort of his beach chair.

Derek Klingenberg does not even need to walk or chase after his cows to gather them when it times to return home. Instead, he only needs to play his trombone and the cows will quickly run to him in no time.

In the clip, Derek manages to attract the attention of his cows simply by playing Lorde’s “Royals” on his trombone.

He sits on his beach chair and just plays the hit tune to an open field. 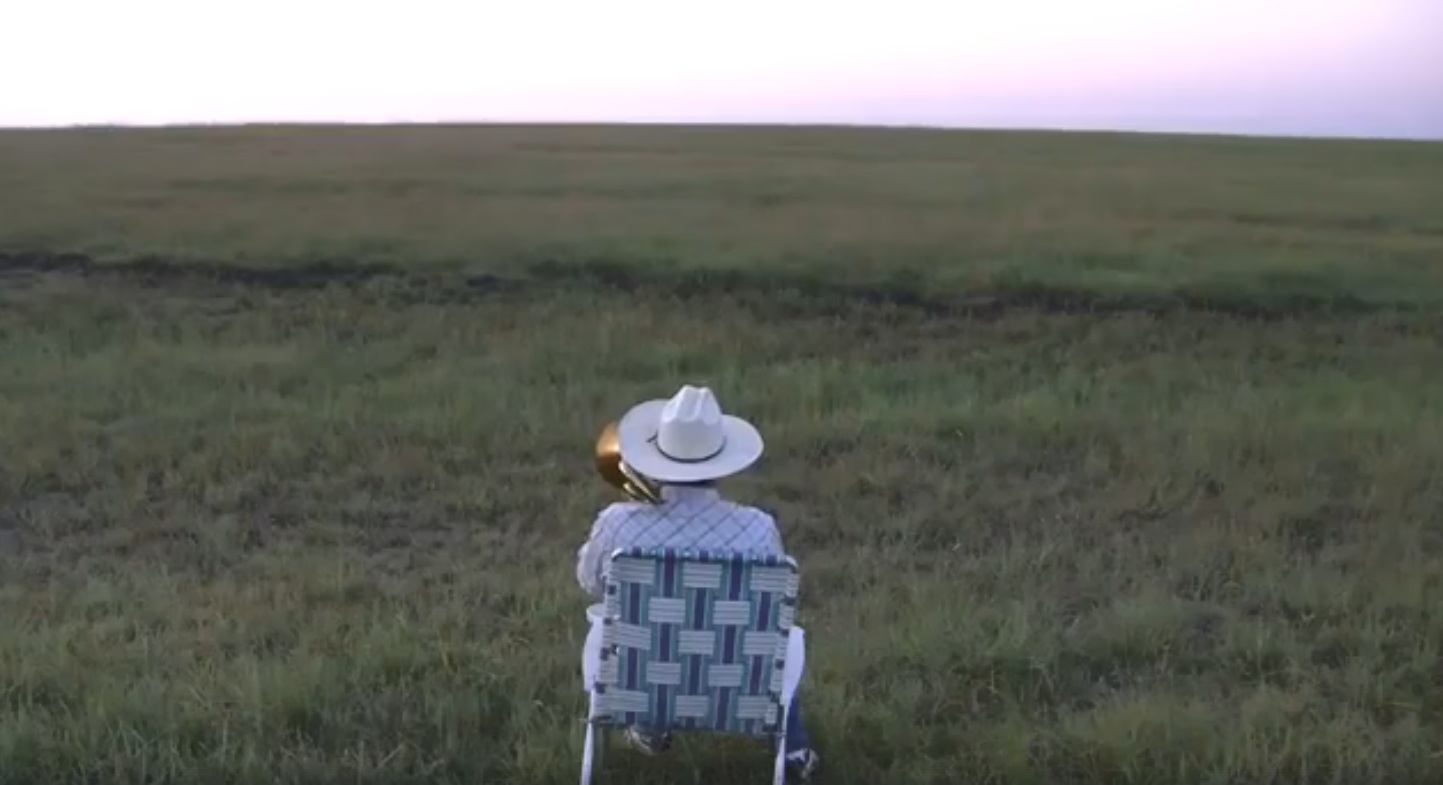 A while later, dozens of cows come running towards him! 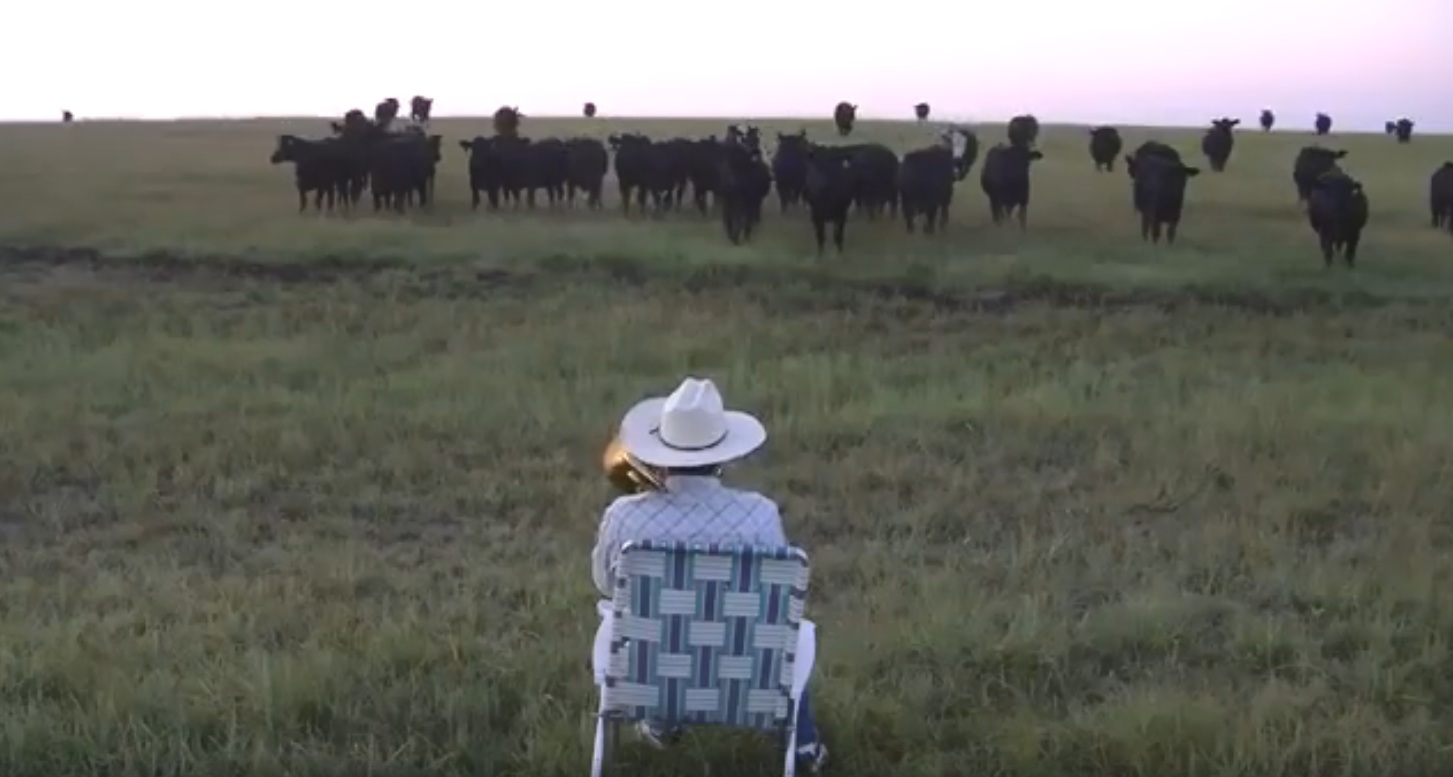 As they approach Derek, the cows stand a few metres away from him, waiting attentively as Derek finishes the song 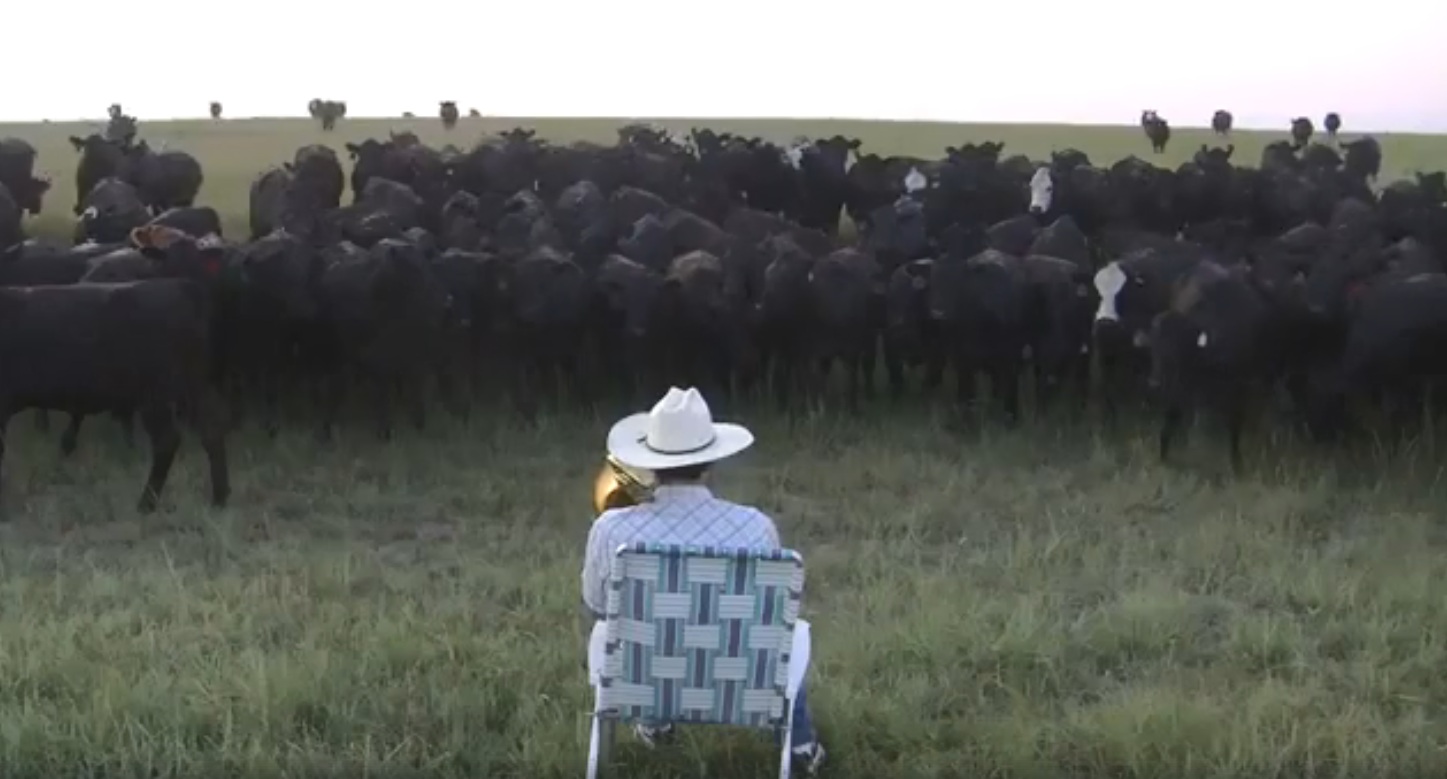 However, Derek says that the cows are actually interested to get treats made of molasses that they are about to get rather than the playing itself.

“When they hear it they know they’re getting a treat,” he said. “They’re curious. They’re a good audience.”

He later shared the video of him playing the trombone on his YouTube channel. The video which is given the title “Serenading the cattle with my trombone (Lorde – Royals)” is a hit around the globe as it has racked up more than 11 million views.