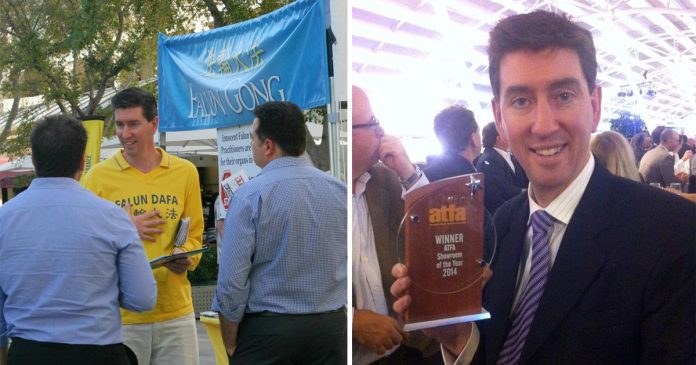 Mark Hutchinson appears to be a typical and successful young entrepreneur in Australia. What sets him apart is that he is a Falun Gong practitioner.

Falun Gong, also called Falun Dafa, is a traditional Chinese system of mind-body cultivation. It was first taught in 1992 in northeastern China and has attracted tens of millions of practitioners.

The practice, which is banned by the Chinese Communist regime, teaches the core principles of truthfulness, compassion, and forbearance.
Mark said that Falun Gong gave him the wisdom to be an ethical businessman, which he believes is the secret to his success.

A Rising Star in the Business World

Born in the southwest rural area of Western Australia, raised by a single mother, Mark is the second of four brothers. To help his mother support the family, he began to work as a construction worker when he was 14. He laid bricks and tiles, made and repaired bicycles, planted crops, and worked in a large hardware store for seven years.

When he was a teenager Mark dreamt of owning a business. He tried horticulture, growing grapes and flowers, landscaping, and the like.

After completing university studies in 2002, Mark founded a high-end flooring company named Bamboozle. The business began in the lounge of his rental property. Within four years Bamboozle was so successful that Mark was recognized and nominated as one of the “40 under 40” award for business excellence and success among young people in Western Australia. 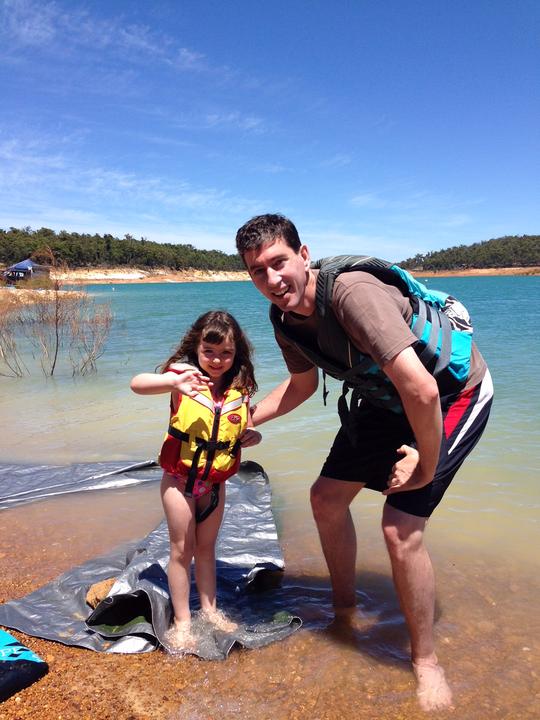 Mark and his daughter

A Nagging Health Problem
At the pinnacle of Mark’s success, his stomach started to hurt all the time, but doctors couldn’t figure out why. He spent a lot of money, tried all the recommended protocols, and even hired a private health and sports coach. His library was full of self-help books that didn’t help. In desperation, he cleaned out all his self-improvement books but kept the book his brother Lee had given him: Zhuan Falun.

Mark’s brothers Lee and Sean had been practicing Falun Gong, of which Zhuan Falun was the main text. His brothers were happy, healthy, and at peace. One day he talked to them about his unusual stomach symptoms. They suggested that he take up Falun Gong and told him there was a practice site in a park near his house, where he could learn the exercises for free.

Accustomed to paying a premium for professional services, Mark was a little skeptical, “Could something free really be useful? Could it cure me? I’ll try it for two weeks. If it’s effective, I’ll continue.”

Mark found the park and began to learn the Falun Gong exercises. The person who showed him the exercises told him that if he truly wanted to learn Falun Gong, he would had to read Zhuan Falun and follow the principles of truthfulness, compassion, and forbearance in his daily life.

Mark remembered he had a copy of Zhuan Falun at home, so he began to read it. At first he felt sleepy reading the book and all kinds of random thoughts came up. But he kept at it until he finished the whole book.

He then decided to try Falun Gong for three months. He continued to read Zhuan Falun, and after finishing it for the fourth time, he said to himself, “Now I know what I am missing in my life – peace. And Falun Gong can give me that peace.” He decided to become a Falun Gong practitioner.

After he started to practice Mark began to change the way he did business, as well as his personal behavior, to align with the Falun Gong principles of truthfulness, compassion, and forbearance. His family, employees, and customers all benefited and took notice.

Pursuing profit was once the force that drove him, he now began to follow the course of nature. When profit is the cornerstone, entrepreneurs are always in pursuit of bigger interests, which feeds their egos and makes it impossible for them to be at peace.

In Mark’s companies, everything has gradually shifted to where the measurement for success is truthfulness, compassion and forbearance instead of profit.

Falun Gong Takes Mark’s Business to the Next Level

With the changes he implemented, Mark’s business grew steadily. In 2008, his company had installed 2,000 Bamboozle floors in Western Australia, which doubled his business in 2006. He established a new branch in the south of Perth.

In 2009, Bamboozle won the national “Australian Business Award” for the professional and systematic way in which the company operated. In 2010, Bamboozle was nominated as both a Family Business Australia finalist and a Telstra Business Award finalist. Mark was also a finalist for “Ernst & Young Entrepreneur of the Year.”

Mark won the Showroom of the Year award in 2014

In 2012 the company grew again, as two new companies were launched in retail and manufacturing. In 2014, the sister company of Bamboozle – Lifewood – won the prestigious national award for Showroom of the Year. 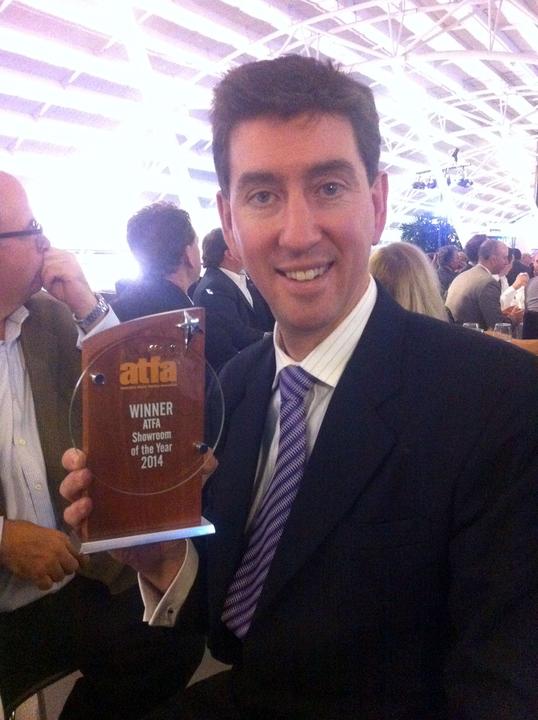 Mark always tells people how he went from being ill and stressed out to how he became a Falun Gong practitioner, and how this made him well, calm, and ultimately more successful than he could have possibly imagined.

One of Mark’s manufacturing partners in Malaysia, who is also one of the top CEOs in the industry in Malaysia, brought his management team to Perth to learn from Mark’s approach to business. He had been impressed that Mark was so easy to do business with.

After observing for a few days, he asked Mark, “You are so young. How do you keep calm? You handle things in such a relaxed way and keep the worries out of your mind. Employees usually either complain or are afraid of their boss, but the people who work for you are genuinely respectful and think well of you. How did you achieve that? I hope that my staff can look at me the same way as your staff looks at you.”

Mark told him how he became a Falun Gong practitioner and how living according to truthfulness, compassion, forbearance gave him the wisdom to achieve such results.

After the team returned to Malaysia, Mark received a text message from the sales director, saying “Hello, Mark, I am now learning Falun Gong in a park near my home.” 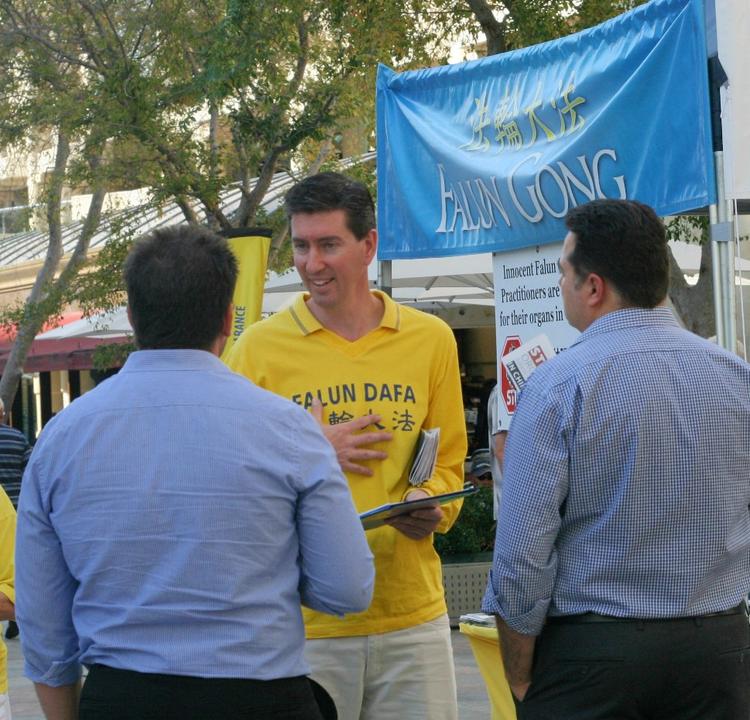 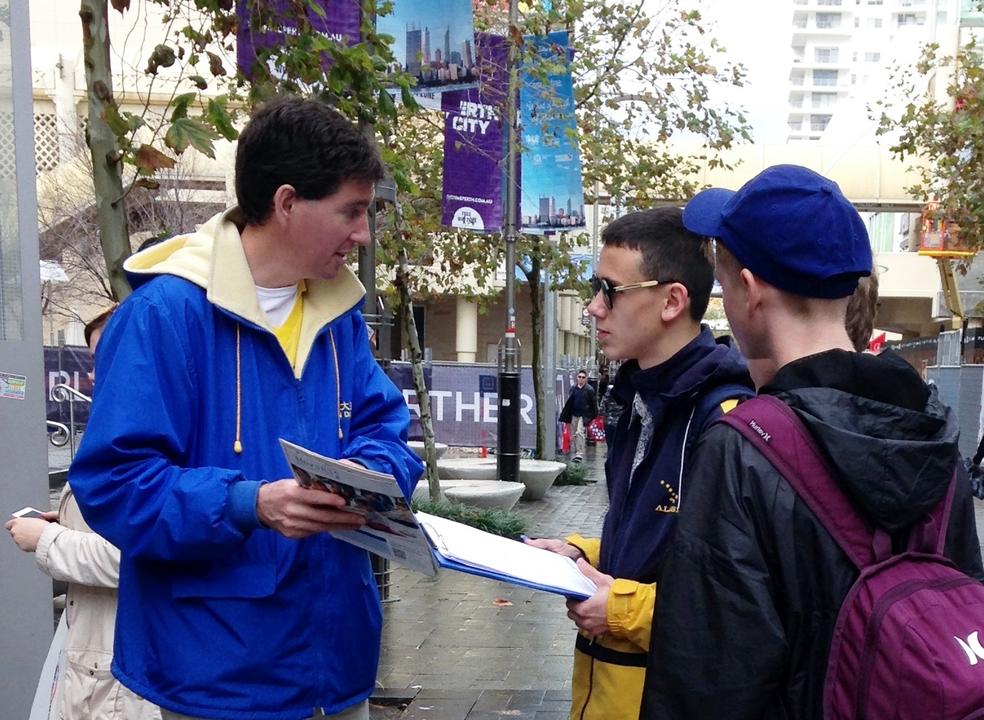 Mark talking to people about the persecution of Falun Gong

There is one thing Mark’s friends often wonder about and that is his commitment to handing out Falun Gong leaflets on the streets of Perth. Mark said, “I am very very proud to be a Falun Dafa cultivator and am absolutely honored to share Falun Gong with the people of Perth. People are often in a hurry, but I always hope they will stop for a bit, so I can tell them that truthfulness compassion, and forbearance is important for everyone.”