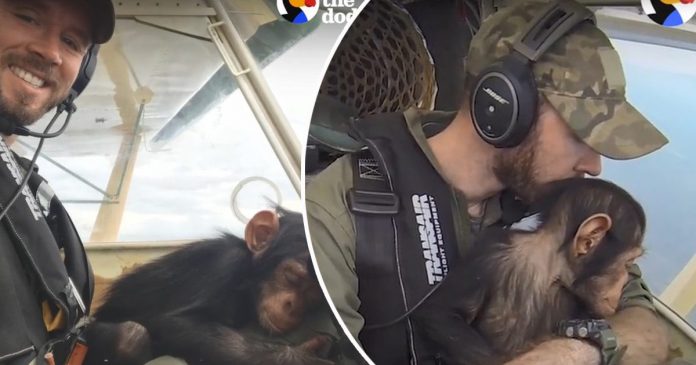 Mussa is only a three-year-old baby chimp but he, unfortunately, has most of its family members hunted and killed by poachers.

Luckily, the newly orphaned baby chimp was rescued in time by rescuers from Lwiro Primates, a rehabilitation centre and sanctuary for more than 200 rescued chimpanzees and monkeys in Congo.

Moving to a new home especially for a young chimp like Mussa can be terrifying. Thankfully, the pilot who flew him from Virunga National Park was there to comfort him. 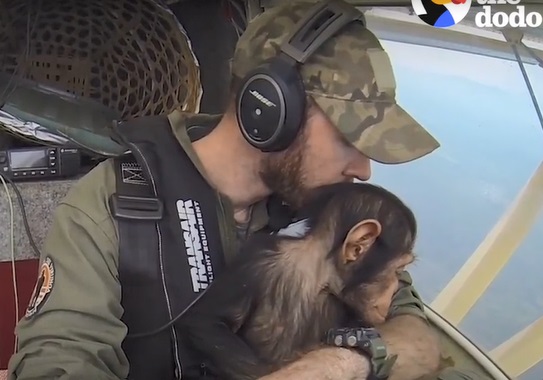 In the heartwarming video, Mussa sat on the pilot’s lap with him trying to calm Mussa with a quiet “shh,” nuzzles and grooms the baby chimp as they made their way to Lwiro 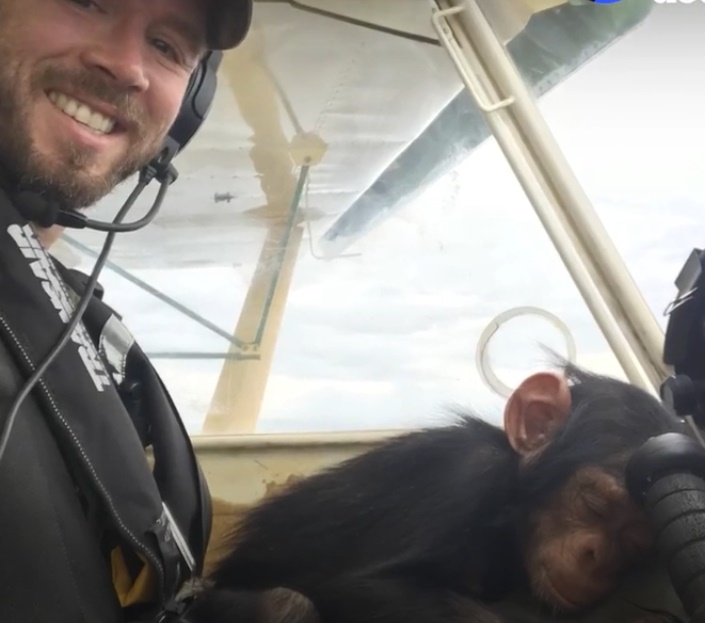 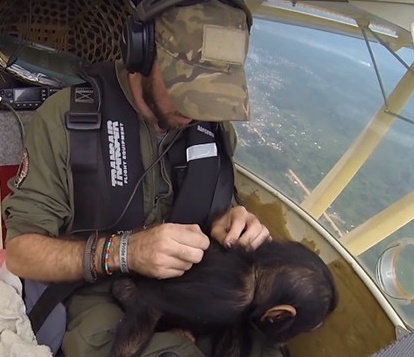 This rescue was not his first; he has done many surveillance for wildlife censuses, inspecting poaching sites and rangers’ anti-poaching patrols as well as carry out medical evacuations.

Thanks to kind-hearted people like Caere, Mussa could find a new and safe area to call home.