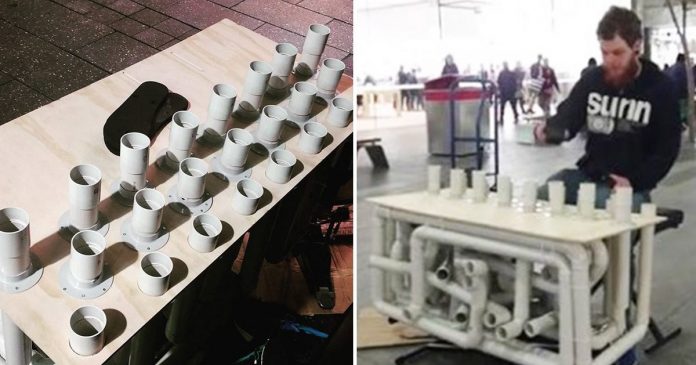 Australian street performer Jake Clark only needs a set of PVC pipes and a pair of thongs to show off his musical talent.

However, in this video, he decides to say goodbye to his old set of PVC pipes by smashing it on the ground in the public.

In the video, Jake Clark who is also known as the ‘Pipe Guy’ is filmed performing with his set of PVC pipes on a busy night at Rundle Mall in Adelaide 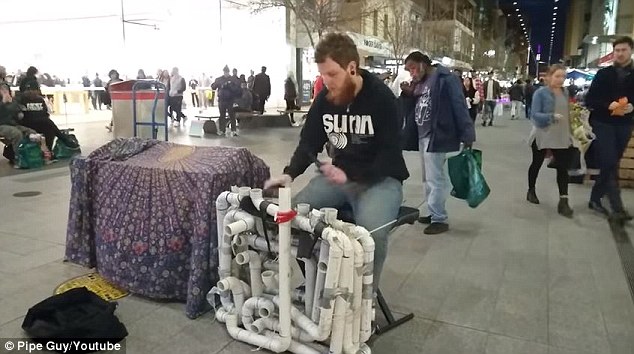 Amazingly, he only uses two black thongs on his worn out PVC pipes to create the EDM-style music.

After performing a short piece, Jake then thanks the pipe for all the good times they had before smashing the set onto the ground 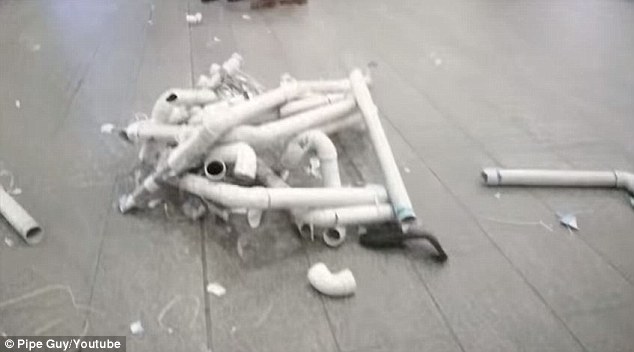 After the dramatic stunt, the musician then walks back to his seat and unveils the new set of PVC pipes from under a sheet. Compared to his old set, the new set looks bigger and more organised 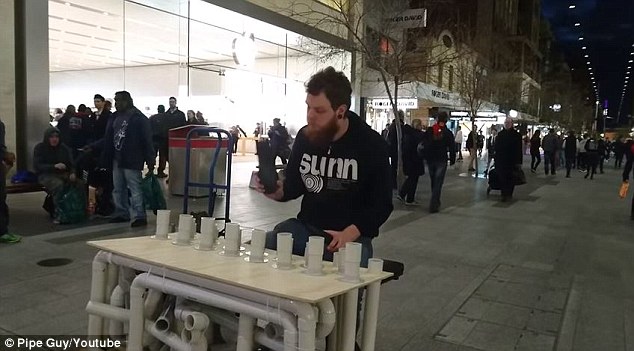 He started playing drums when he was in high school which later inspires him to use thongs and PVC pipes as musical instruments.

Watch his amazing performance here. You will be surprised to see the pumping beats come solely from the PVC pipes!

Mom gives birth to one of the heaviest babies in China,...