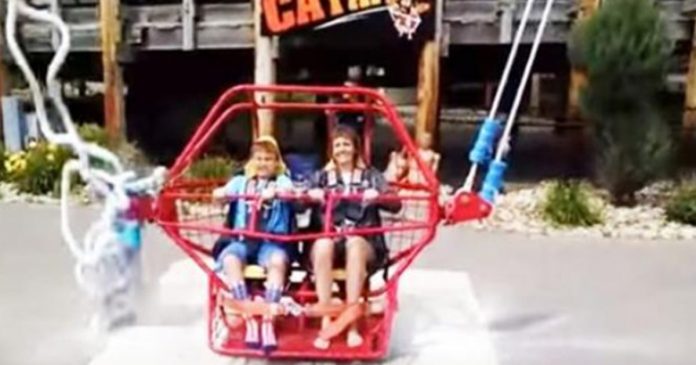 Disasters on extreme rides like roller coasters are not uncommon as there are several accidents have been reported around the world.

A recent tragic case involving a ride at theme park shows a man plunged to death after he was accidentally thrown from the Flying Eagle ride after his safety belt was unexpectedly opened.

Luckily, these two family members managed to narrowly escape death after a large cable snapped right before they were set to be catapulted high into the air 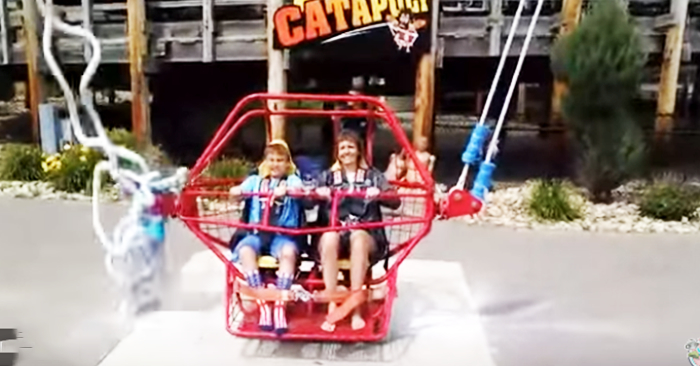 It is reported that a heavy cable snapped on a slingshot ride called “The Catapult” at Mount Olympus in Wisconsin Dells.

13-year-old Trevor Larson and his family friend, Carrie Sueker were waiting for their turns to be shot into the air when the failure happened 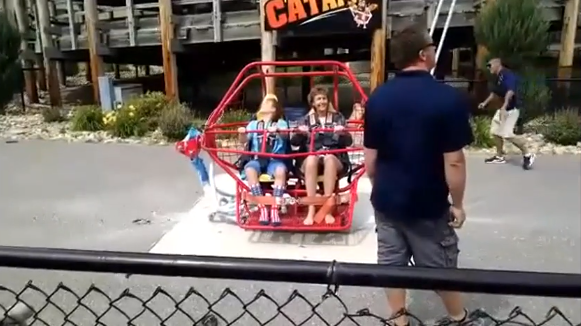 “The Catapult” ride was later shut down for further inspection 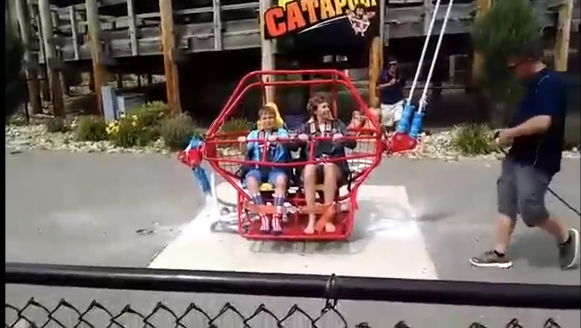 Can you imagine what would happen if the heavy cable snapped when they were launched into the air?