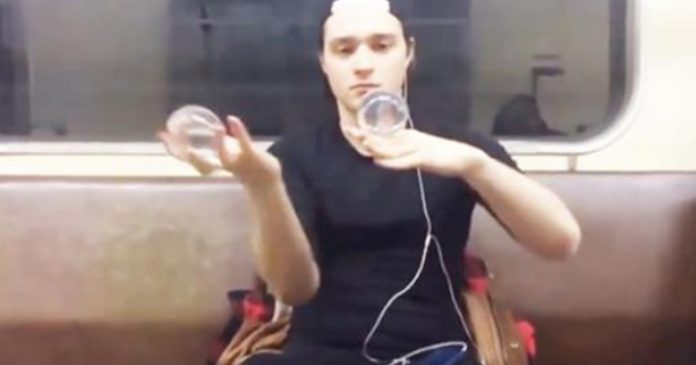 It did not seem anything unusual when this man pulled out a crystal ball on a subway but as soon as he started moving it around, the other passengers could not take their eyes away from the man.

At first, he looked like he was going to play with the crystal ball to kill some time while waiting for the subway to stop at his destination.

However, when he moved it around using his hands, other passengers were left stunned by his impressive balancing skills 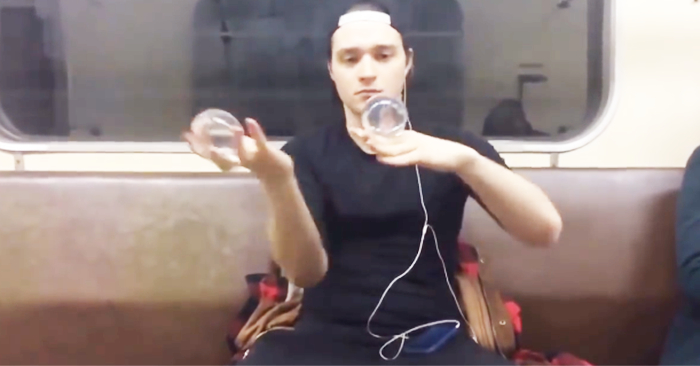 Using nothing but his fingers and arms, the man deceived everyone’s eyes and defied gravity 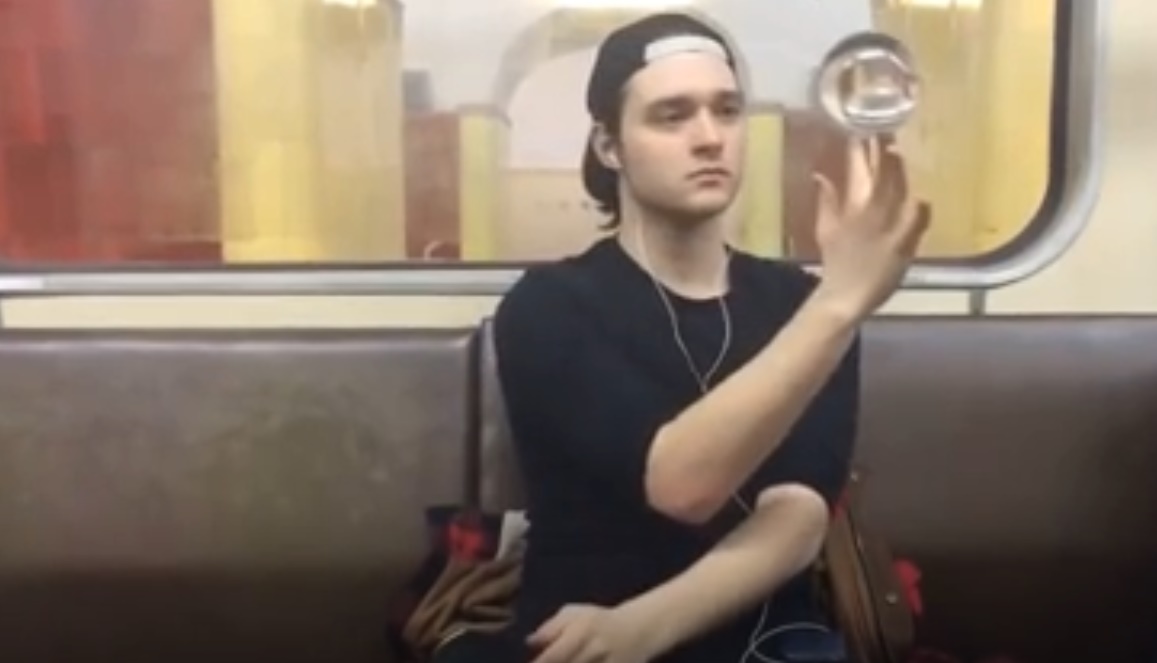 It may look like magic but this talented man actually performed contact juggling which is a form of object manipulation that focuses on the movement of objects in contact with the body.

The man named Gregory has done this magical routine all over Moscow, Russia, his hometown and so far, he managed to leave everyone impressed with his amazing juggling skills

Meet the real-life Rapunzel who has never cut her hair in...