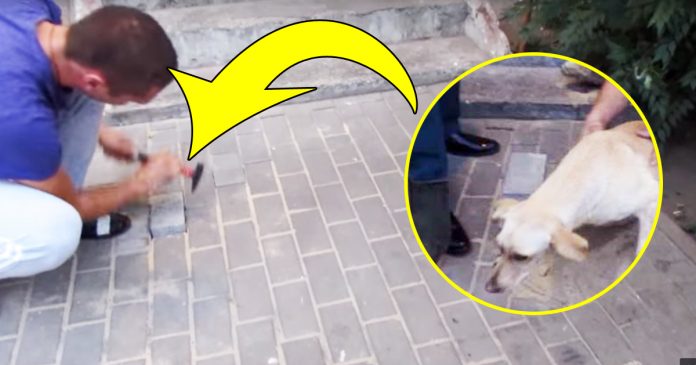 One morning, Vadim Rustam heard faint cries of a distressed dog around his apartment building. He went on to search for the dog but unfortunately, he did not found it.

Days passed by and he still kept hearing the dog whining and barking. Knew that something was not right, he searched for the dog high and low.

Until it struck him that the cries came from the underground! 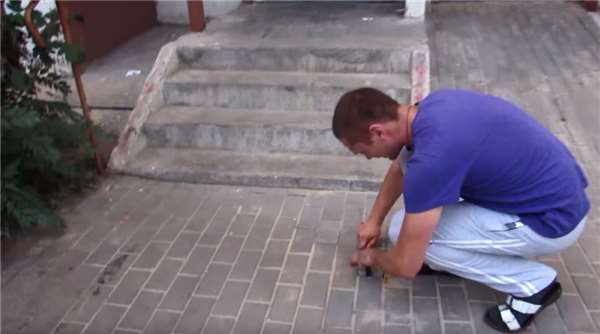 Vadim discovered that a dog was trapped inside a sinkhole. He asked for help from the officials to rescue the dog but they refused to do so. So, Vadim decided to do it himself 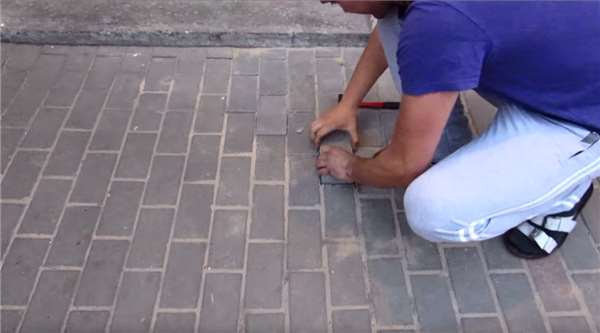 In the video, Vadim chisels the bricks loose from the pavement and scoops the sand and rocks away until he gets to take the dog out of the sinkhole 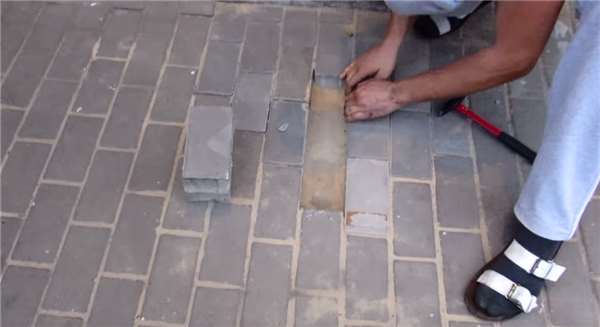 The dog, named Belka was a stray and she fell into the sinkhole after wandering around the area. Later, she was accidentally buried alive by construction workers who repaired the collapsed pavement days before.

When he checks on Belka, he realised that the stray dog was heavily pregnant! 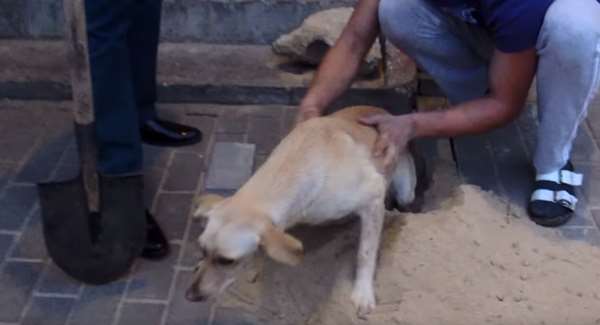 In the video, Belka seems excited and relieved after Vadim rescued her from the sinkhole as she wags her tail happily and walks around for people to pet her.

Unfortunately, she lost her unborn puppies after the rescue as a result of being deprived of food and water when she was trapped inside the sinkhole.

Watch how Vadim rescued pregnant Belka in this video here

This little karaoke fan has the best reaction when her brother...