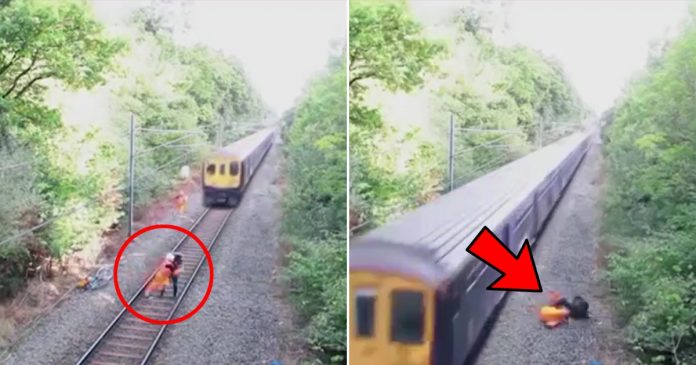 A rail worker saw a cyclist stumbling and falling as he tried to cross a single railway track with his bicycle.

However, it also appears that a train was speeding towards the cyclist’s direction so the rail worker did what he thought was impossible to save the man.

Just seconds before the fast-moving train slammed the cyclist, the heroic rail worker immediately came to the rescue and pushed the man off the track 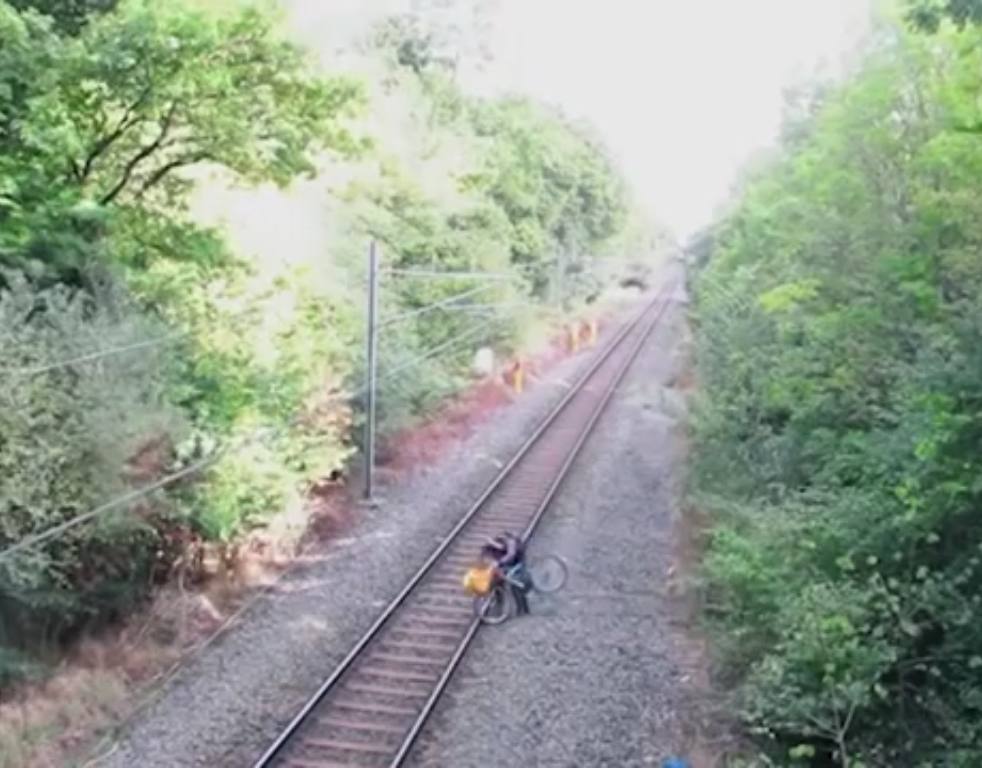 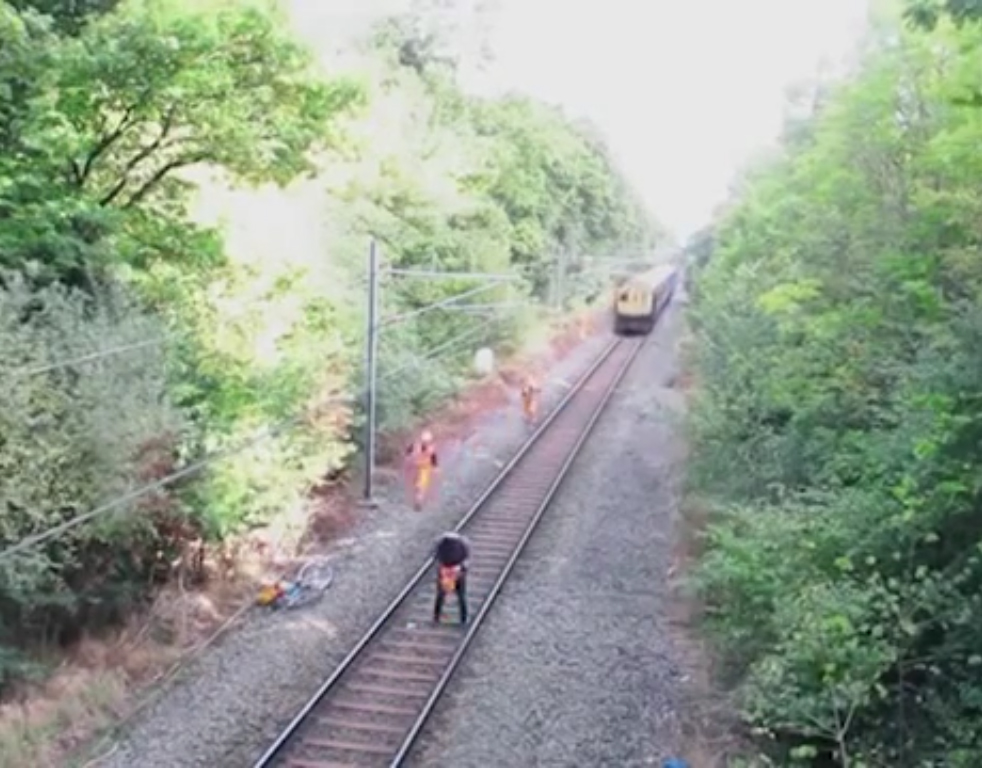 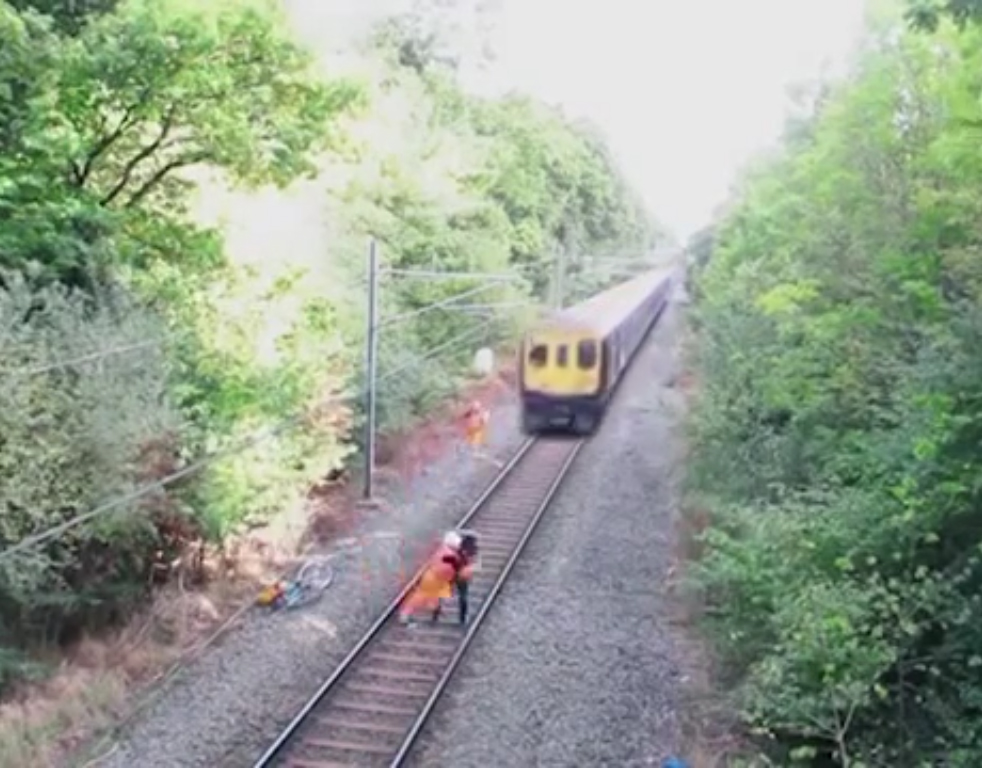 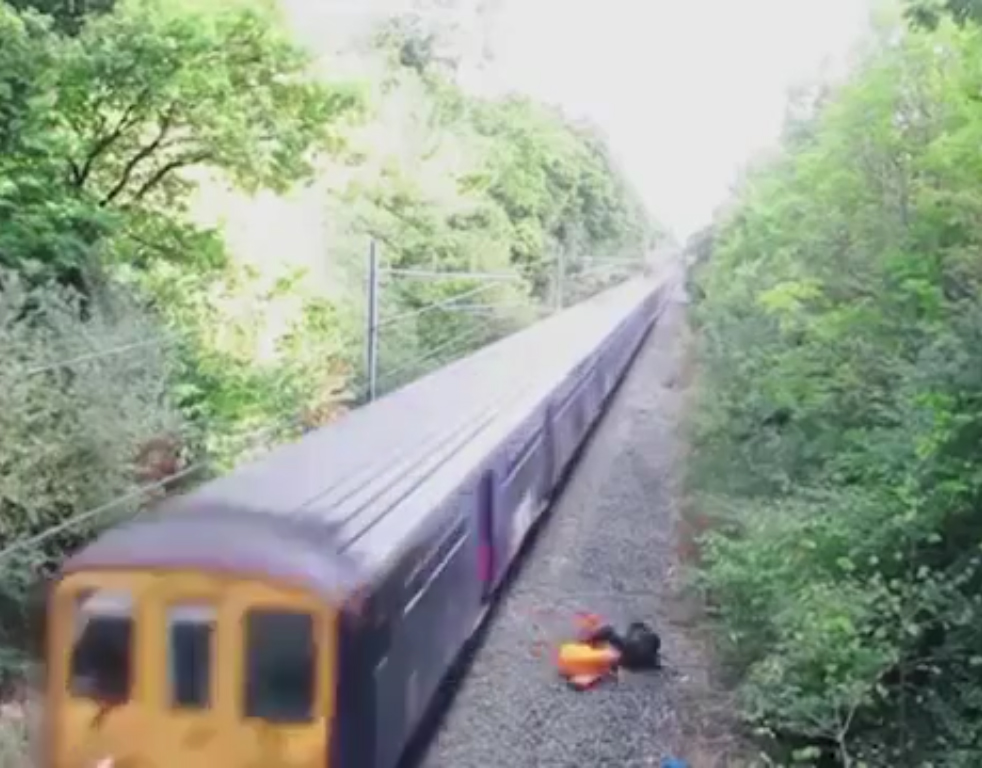 Thankfully, both the railway worker and the cyclist were unharmed from the suspenseful incident.