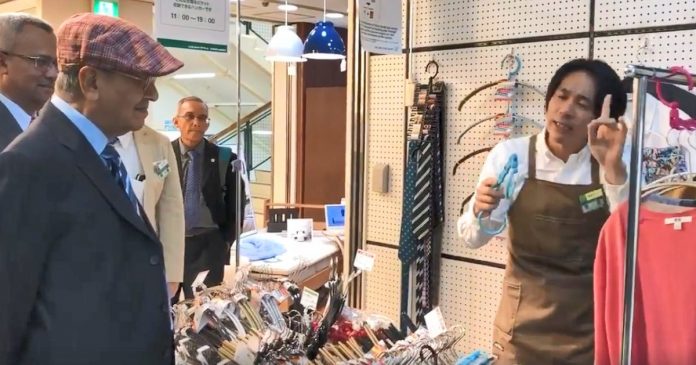 Malaysia’s Prime Minister Tun Dr Mahathir is currently in Japan for his first overseas working visit since he was sworn in as the country’s seventh prime minister last month.

His three-day visit is packed with many meetings including an appointment with Prime Minister Shinzo Abe.

In spite of his busy schedule, the oldest prime minister in the world also took some time to explore Japan’s bustling capital, Tokyo on Sunday 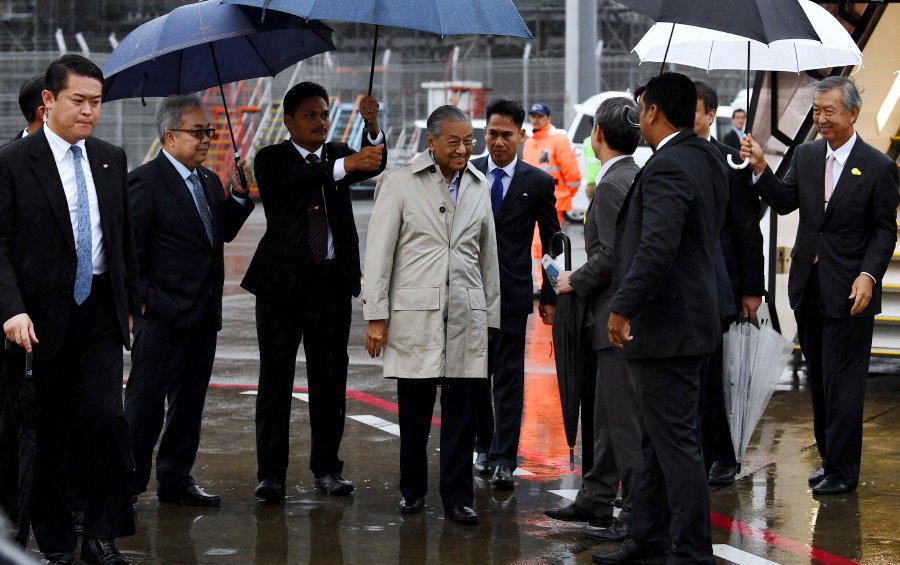 While strolling around in a shopping centre, he chanced upon a stall operator selling various accessories including clothes hangers.

However, it was not the clothes hangers that attracted the prime minister’s attention, rather, it was the enthusiastic seller that caught his attention 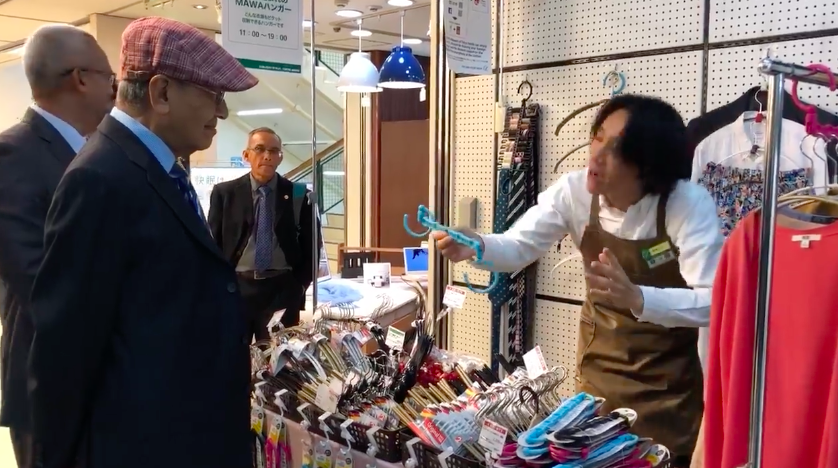 Seeing Dr Mahathir stopping by his stall, the Japanese seller did not let the chance to slip by. Instead, he pulled off an amazing showcase ever to the prime minister about his clothes hangers.

Apparently, the seller’s unique sales pitch not only amused Dr Mahathir, it has also amused millions of people when the clip was posted on the internet later on 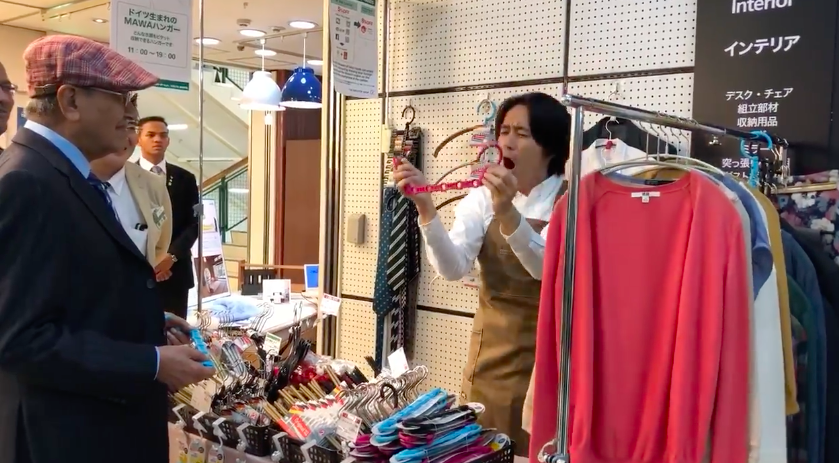 It is unclear whether or not Dr Mahathir bought the clothes hangers but he was certainly impressed by the Japanese seller.

“I am impressed by the commitment and pride of the Japanese, no matter what type of work they do. These are the values we should emulate,” he said.

Rude woman refuses to say sorry after bumping into this little...