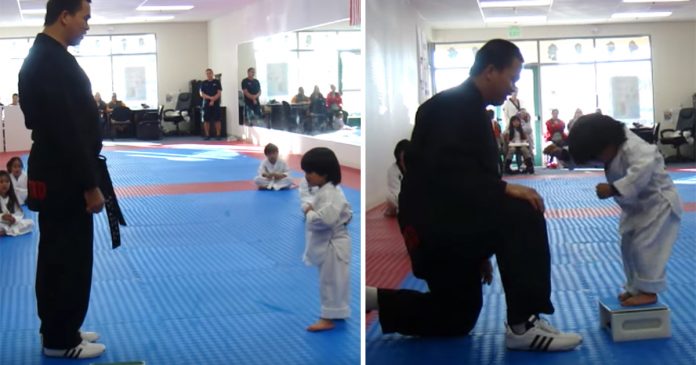 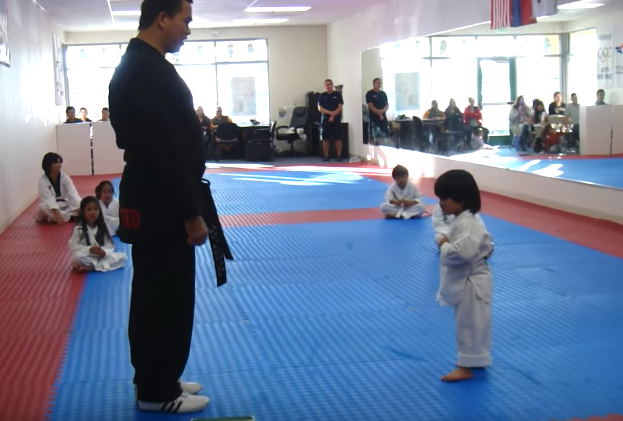 The test was held at Peak Taekwondo & Fitness Center in the city of Temecula, California 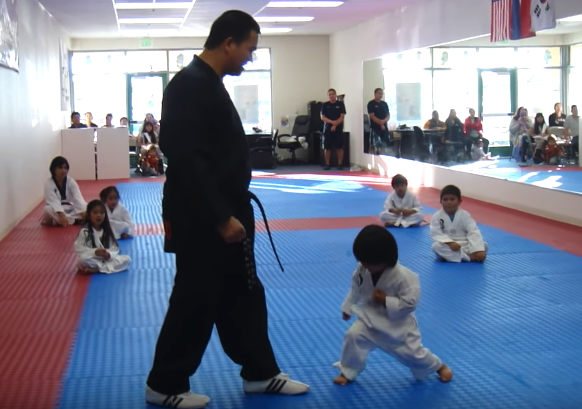 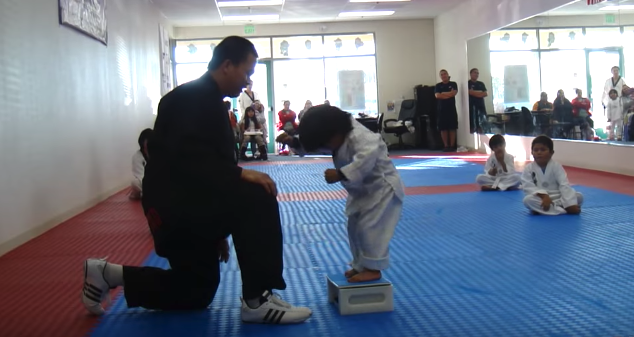 Time and time again, the child fails and he even jumped on the plank with both his feet in an attempt to break it 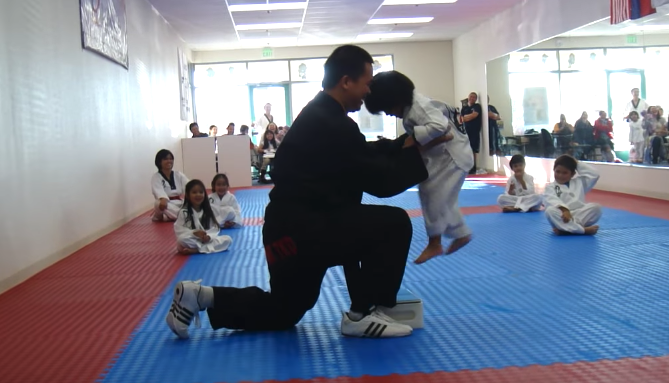 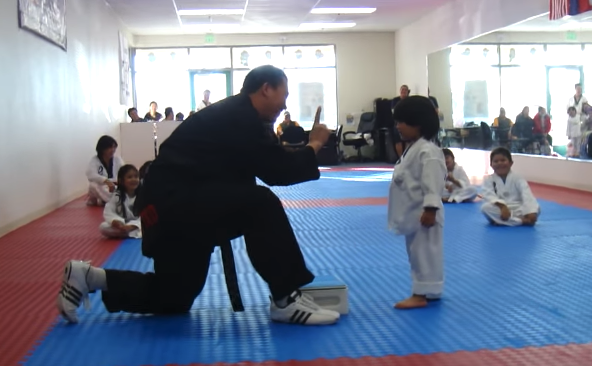 He even inspected the board with his hands before attempting again 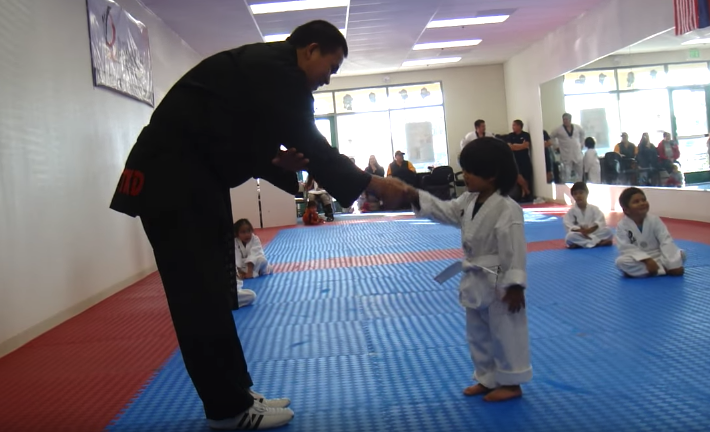 Finally, he got his white belt! 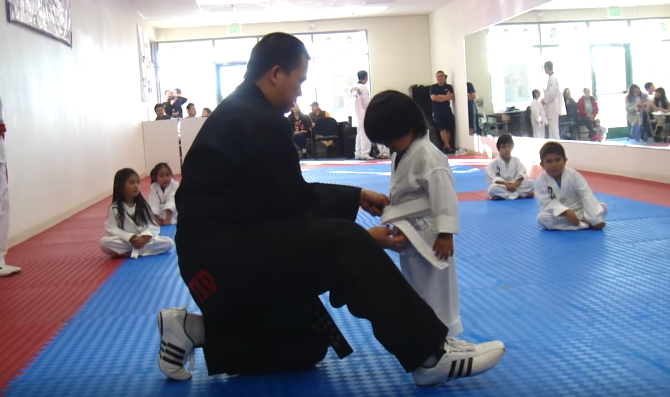 Watch the hilarious process below:

Newborn strikes iconic Superman’s pose as soon as he is pulled... 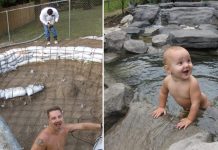 Dad turns hole into swimming pool for baby and his reaction... 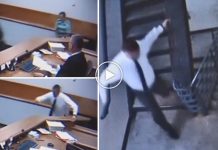 Judge throws off robe and chases down suspects trying to flee... Koko the gorilla died in her sleep at the age of...