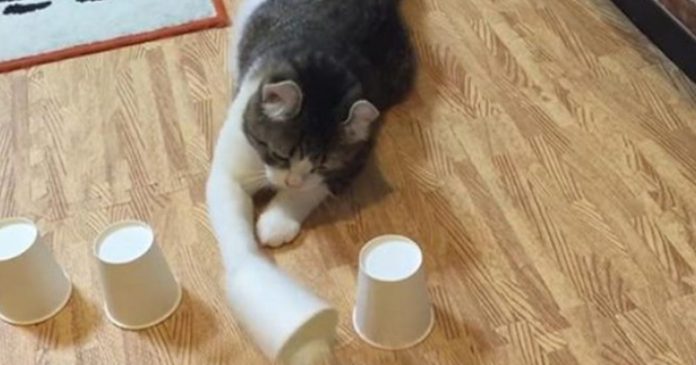 A majority of people agree that dogs are excellent at being able to learn tricks which include rolling over, shaking hands and playing fetch. Not many people realize that even cats can be thought tricks as well, they just prefer tricks that don’t involve them moving much.

Meet Snow, who is undoubtedly a sharp cat because of his ability to beat his owner in the game of cup-and-ball every time 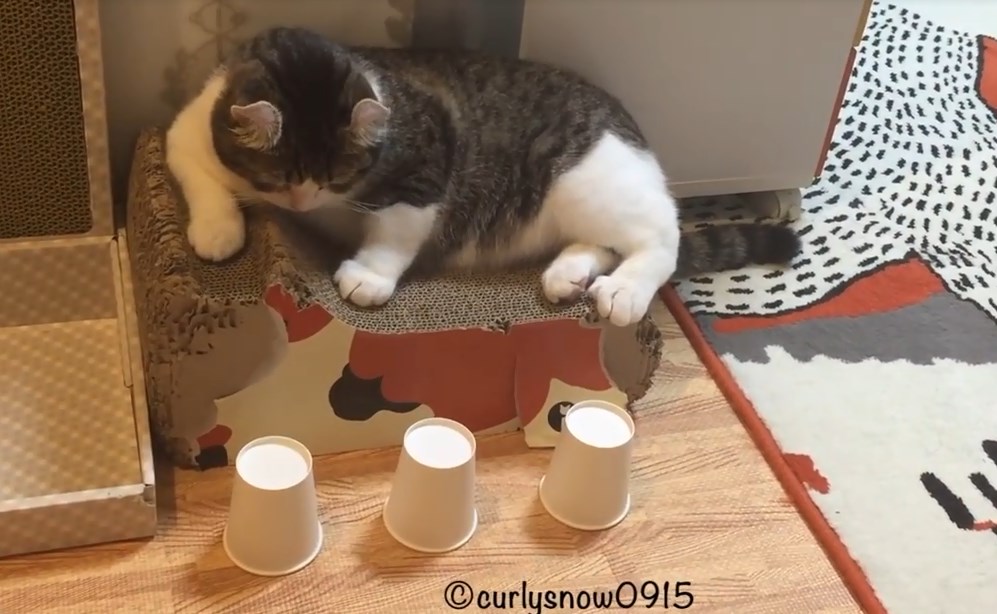 His owner hides a ping pong ball under a cup and mixes them around, then Snow has to pick out the cup containing the ball underneath it 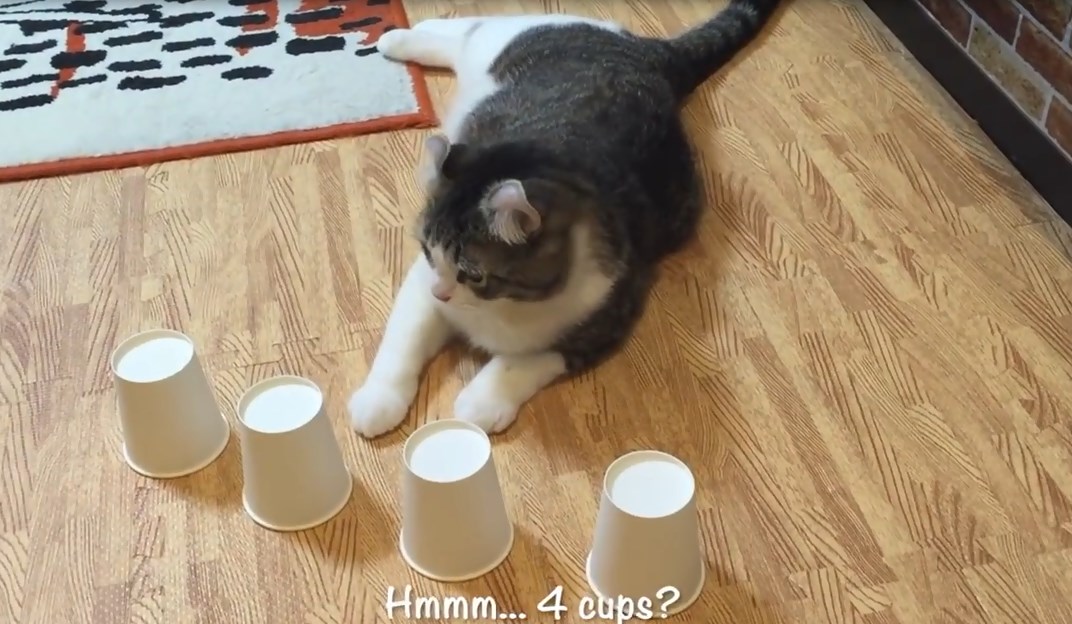 Time and time again, he gets it right! Even when more cups are added in order to confuse him 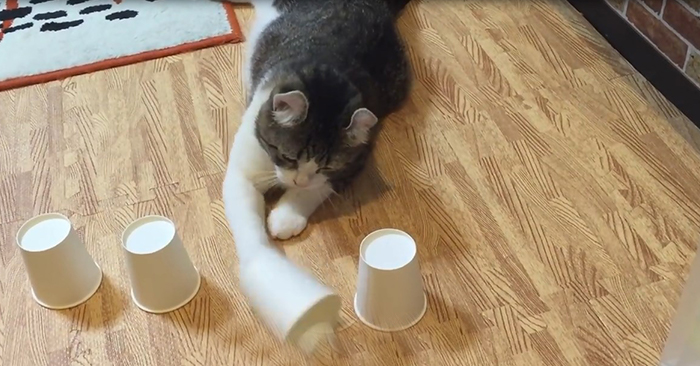 Watch him lazily pick out the right answer again and again below: