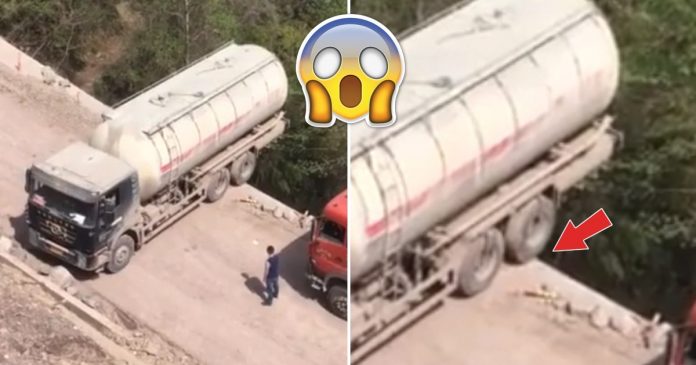 This shocking clip immediately makes rounds on the internet when it was first uploaded on Facebook and the public just cannot believe what they watch.

The suspenseful clip shows a truck driver pulling off perhaps the most difficult manoeuvre in the world.

The truck driver attempts to pull off a daring U-turn on a very narrow road next to a steep cliff and he does it miraculously! 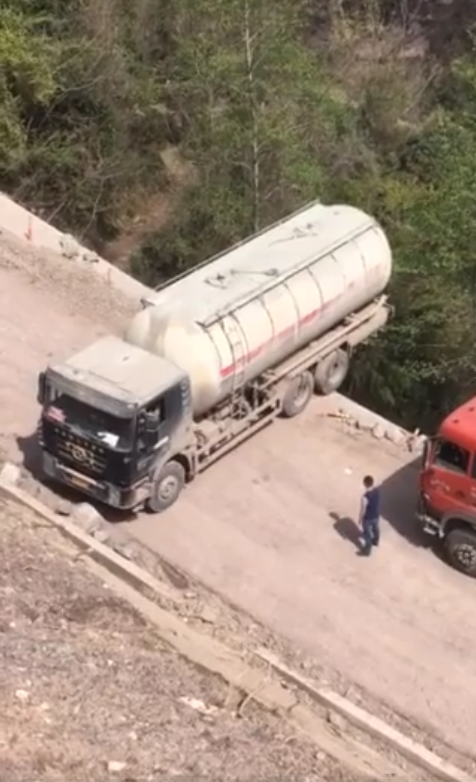 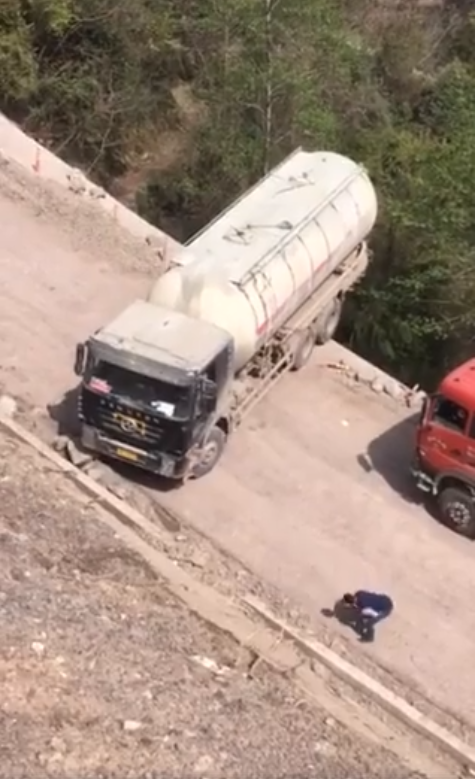 However, the nail-biting video is still hard to watch as the back tires of the truck seem to barely touch over the edge 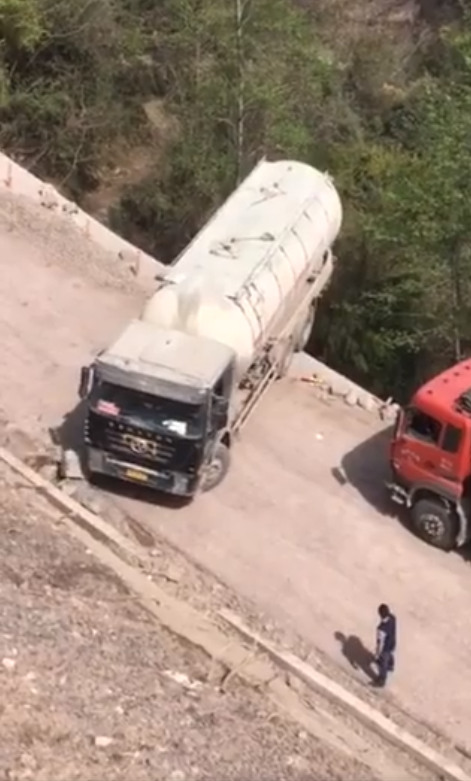 A few inches off the cliff will surely result in a very tragic accident! 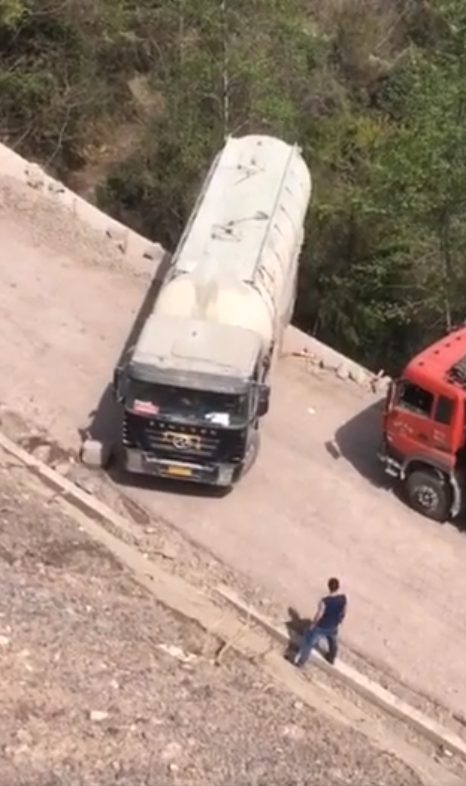 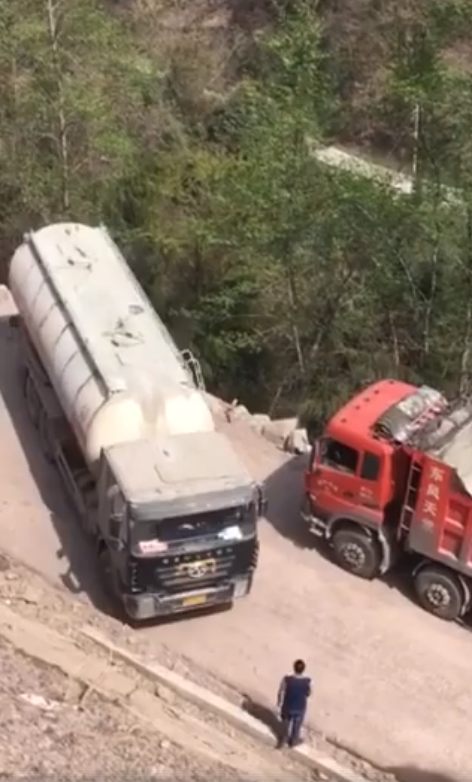