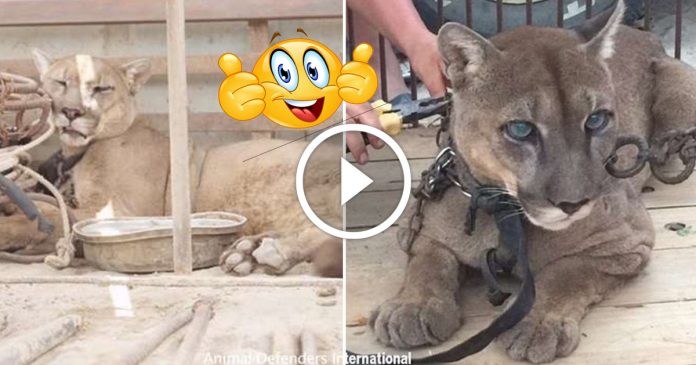 This mountain lion was just a small cub when he was captured by a cruel travelling circus.

Since then, it had spent over 20 years in captivity as part of the illegal circus. Fortunately, his fate changed for the better when he was finally freed from the circus. 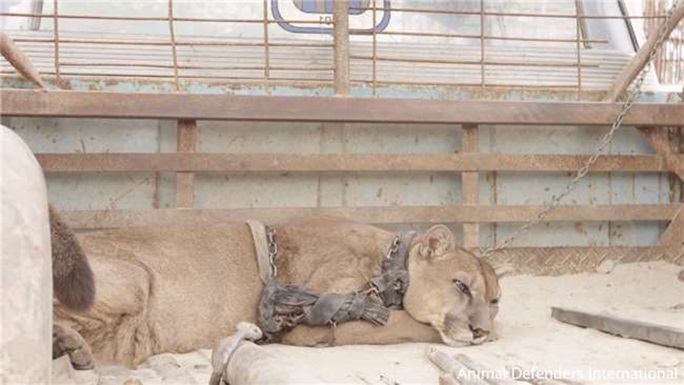 However, the rescue was not an easy task. The rescuers had to stage a dramatic intervention. They raided the circus and had an eight-hour armed stand off with the troupe.

When Mufasa was freed from the rusty chain that he had worn for many years, the officials described the moment as heart-breaking 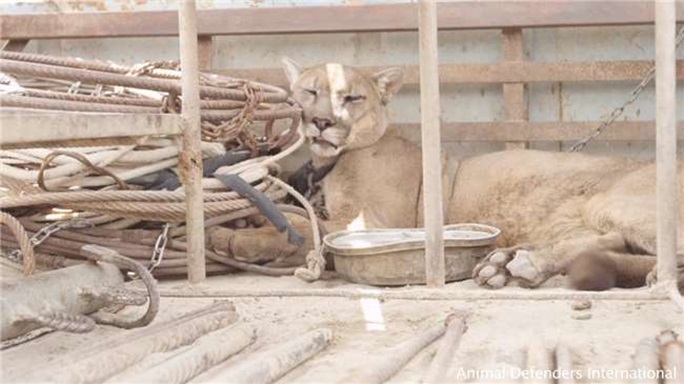 “It was like he wasn’t even alive,” one of the officials said.

Just as the chain was cut, Mufasa’s eyes became teary. It seemed as if the mountain lion knew that his suffering was about to end soon 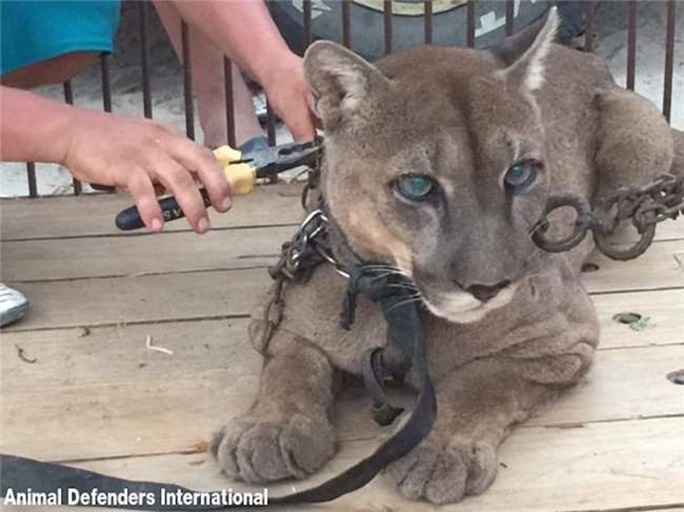