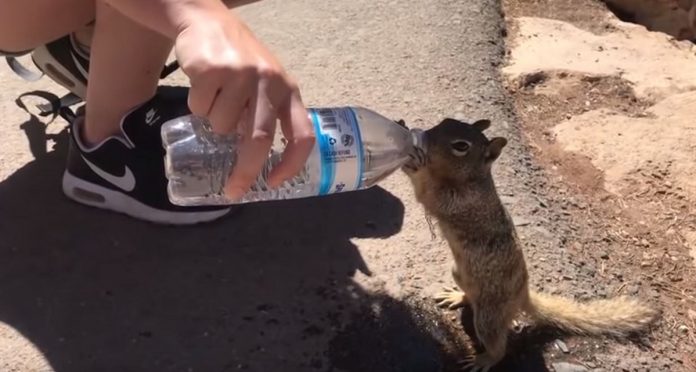 This summer sees many places get affected by the extremely hot weather and many prefer to stay indoors as the weather gets hotter.

Apparently, humans are not the only ones who are affected by the high temperature.

Tourist Paul Camps was visiting the landmark in Arizona when he noticed a cute squirrel followed him from behind. 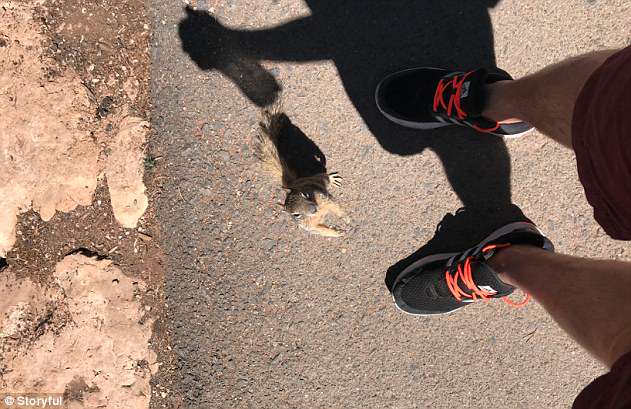 Later, he passed his water bottle to his girlfriend and the squirrel put its arms up towards her.

They realised that the squirrel was actually thirsty and wanted to take a sip of their water. They then let it drank straight from the bottle 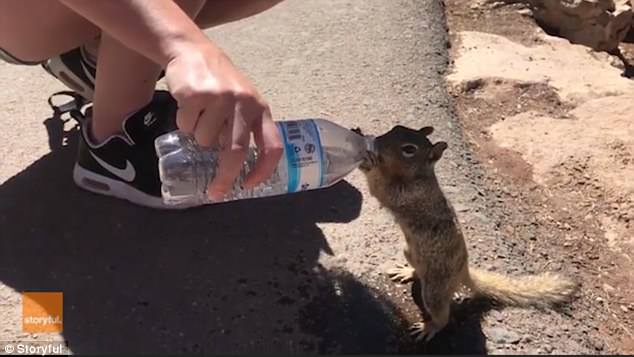 The little squirrel must be terribly thirsty as it drank the entire content of the water bottle!

Luckily, he caught the squirrel’s action on camera.

Hilarious moment baby tries to show to her cat on how...