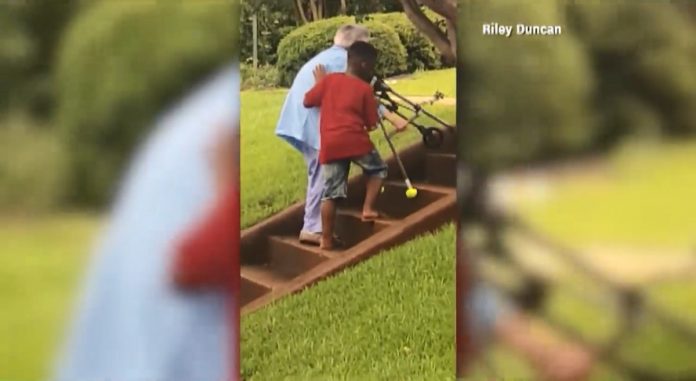 Maurice Adams Jr. was with his mother when he saw an elderly woman walked with her walker. What happened next shows why this boy deserves an applause.

The 8-year-old boy from Milledgeville, Georgia saw the old woman struggling to walk up some steps so he immediately jumped in to help her.

In the video, the boy gently wrapped his hand around the woman’s back and helped her pick up the walker 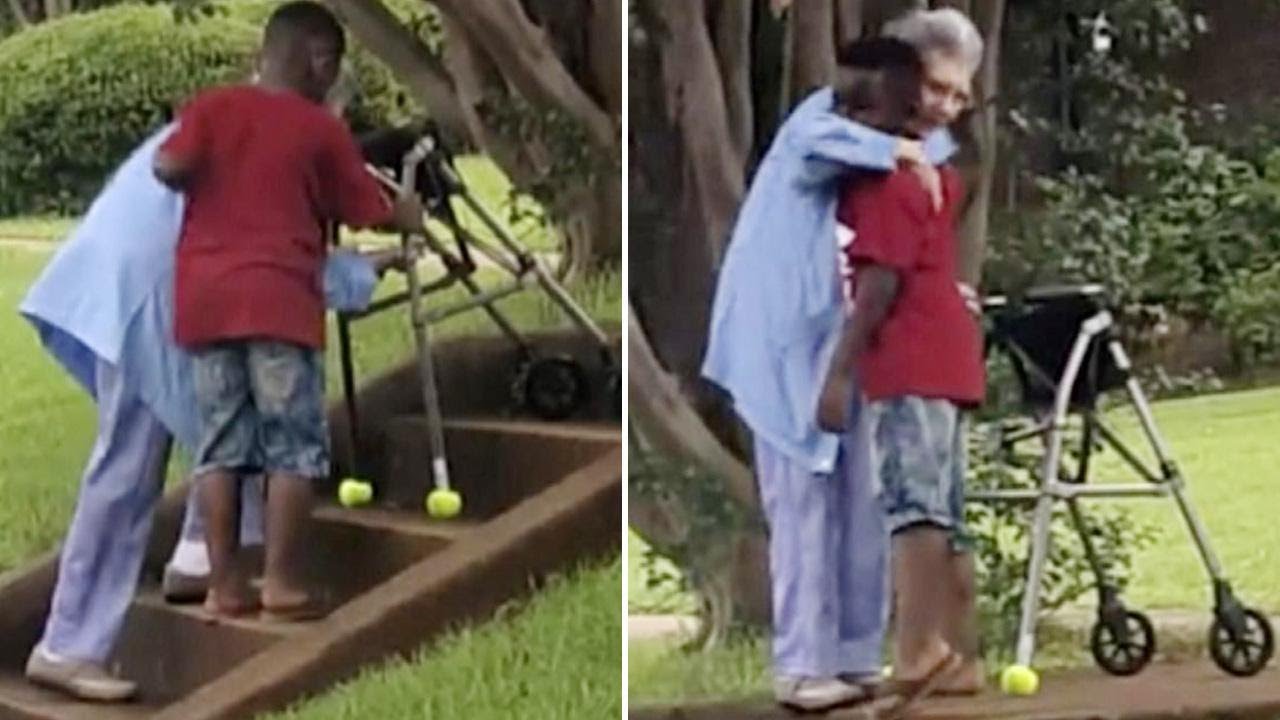 The old woman safely made it thanks to Maurice’s help.

After making sure that old woman was safe, the boy then bid a goodbye and ran back down the steps towards his mother’s car.

He was not aware that his kind gesture was caught on camera by a man named Riley Duncan who later shared the video on Facebook.

He was touched by Maurice’s selfless act to help the elderly woman and hoped that the video would inspire others to do the same.

This artist plays an incredibly unique instrument and it is made...