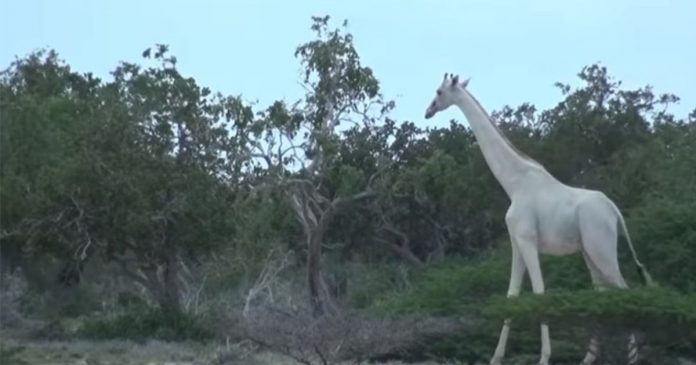 It is always an exciting moment when researchers find anomalies that occur in the natural world. Recently, a group of villagers from Kenya’s Garissa County saw a peculiar sight and decided to notify the rangers from the Hirola Conservation Program. They told the rangers of a mother-calf giraffe duo that were walking together near the Ishaqbini Hirola Conservancy.

There’s nothing peculiar about because wild animals are often seen near the conservatory but these particular giraffes had no spits and were all white in color. The giraffes’ white color is caused by a genetic condition called leucism that affects their cells’ pigmentation

Hirola Conservation Program founder Abdullahi H. Ali told the New York Times “We spent almost 20 minutes with the beautiful animals and had the pleasure of getting close-up photos and video of the duo” 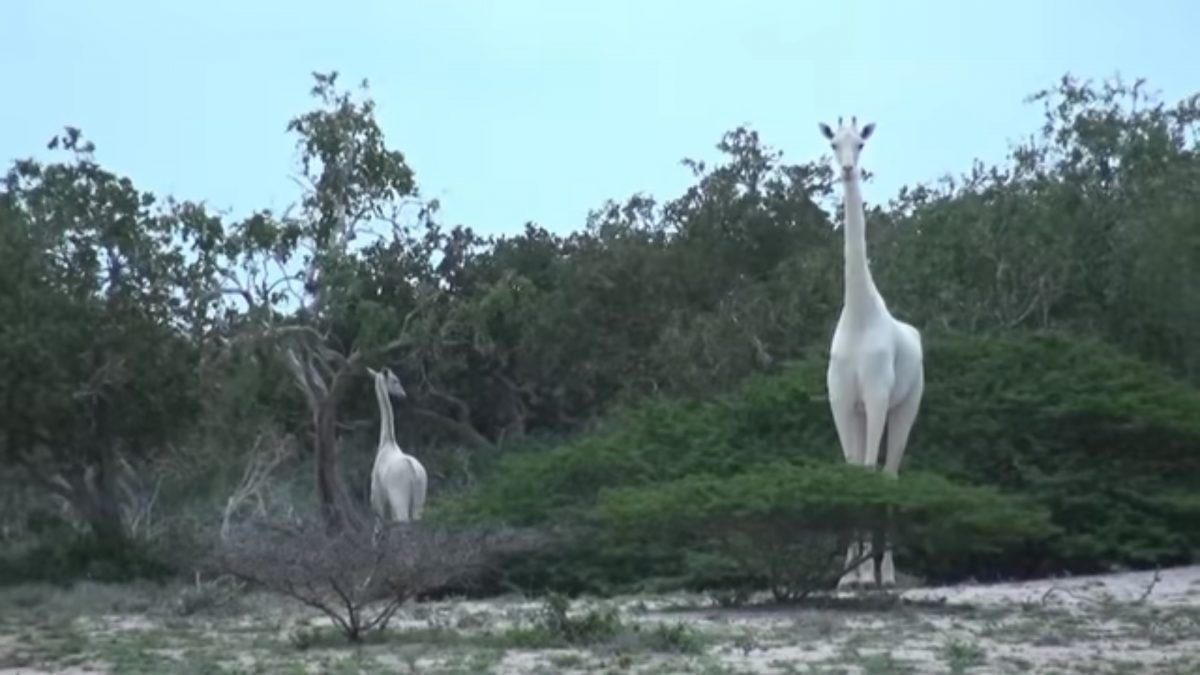 He continued by saying, “To our surprise, one normal color reticulated giraffe also was among the mother and calf. You can actually compare the difference” 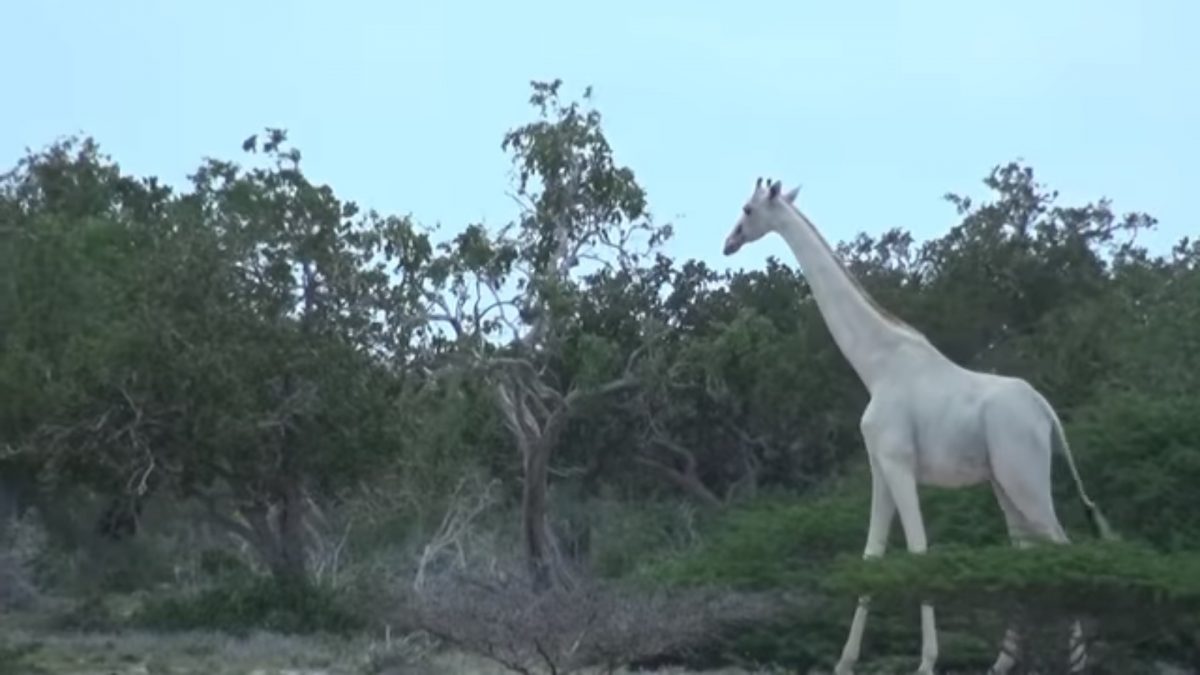 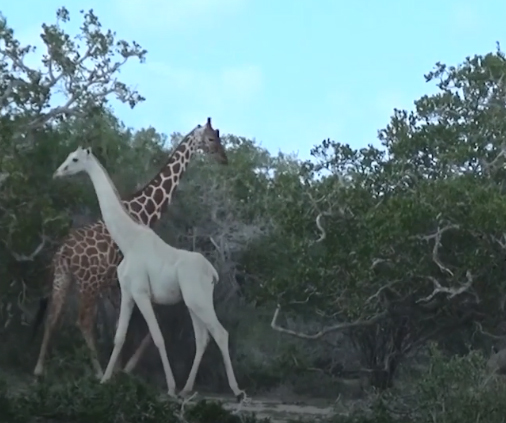 Watch the footage of these rare creatures below:

Meet the biggest dog in the world—Freddy the Great Dane who...