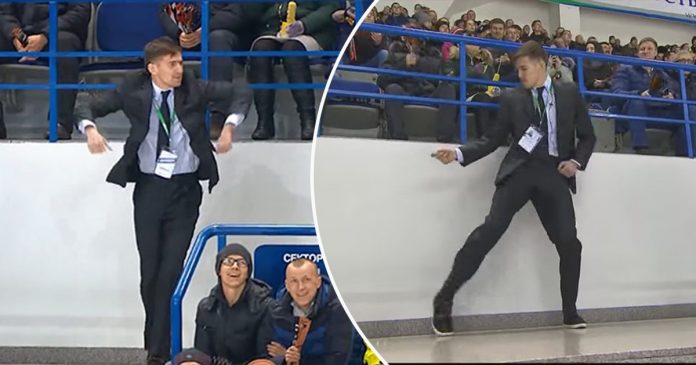 Standing on feet and staying focused for long hours are often exhausting for security guards so this security guard tries to loosen up a bit by dancing to Michael Jackson’s classic hit and many people just love it.

Hilarious footage of security guard Aleksandr Churilov dancing to a spectacular routine to the song “Billie Jean” at a Kontinental Hockey League (KHL) game in Russia’s Far East has proved to be a hit worldwide.

Churilov was shivering when he monitored the crowd at the stadium 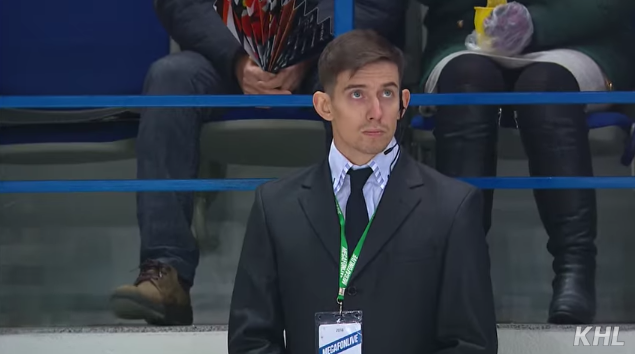 “I was simply freezing and tired of just standing and decided to warm up a bit,” Churilov said.

So, during a break in the game between home side Amur Khabarovsk and HC Sibir Novosibirsk, the stern-looking suited security guard decided to join the cheerleaders who were dancing to the hit song 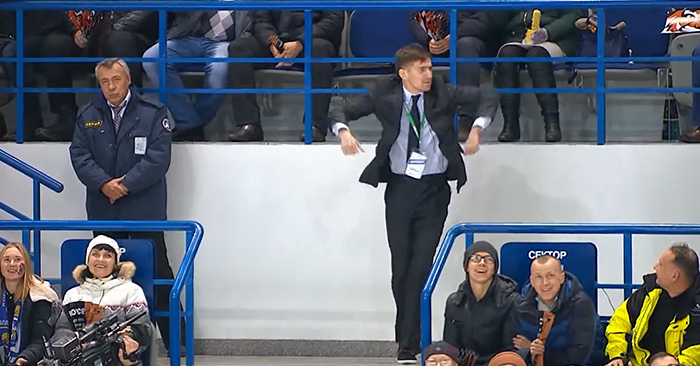 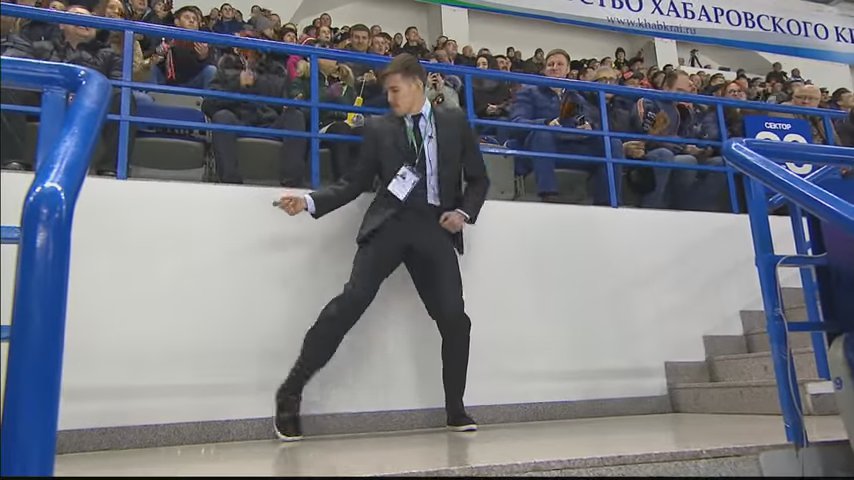 The audience and later, the whole world just could not get enough of the footloose security guard.

Since it was posted on popular sites like Yahoo Sports and The Lad Bible, the video has been watched 912,000 times!

[Video] An empty bottle was found floating on water, when one...