This amazing yet confusing footage shows how important it is to act if the situation calls for it even when there are no plausible explanations for how it happened in the first place.

So, when this man saw a trapped cat at the stern of a boat, he quickly put on his suit and swam to rescue the poor feline. 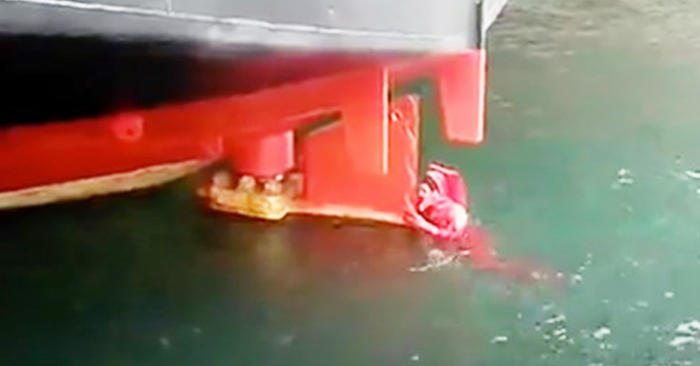 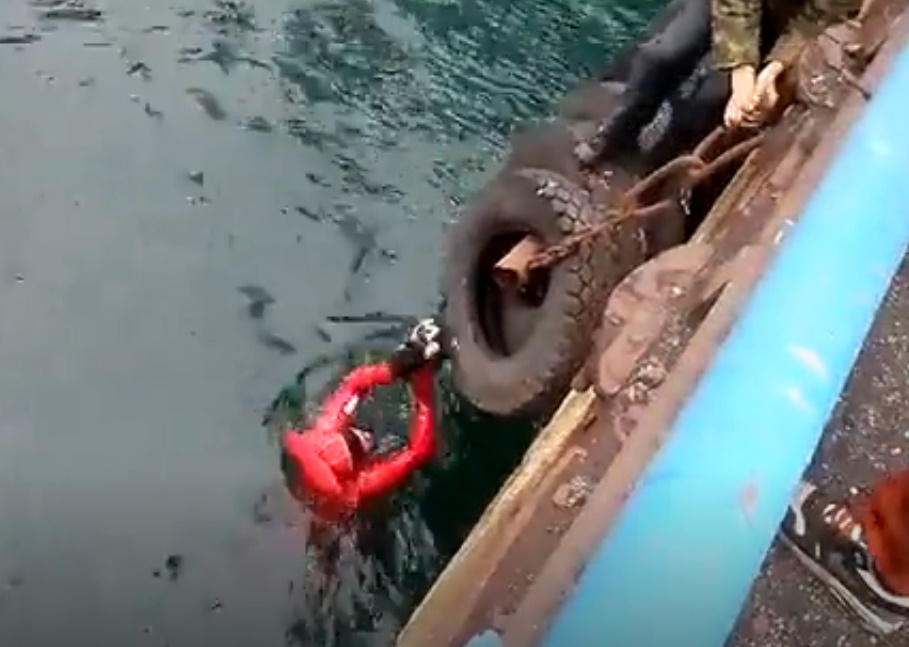 Do you have any idea on how the cat could get trapped at the ship’s stern? 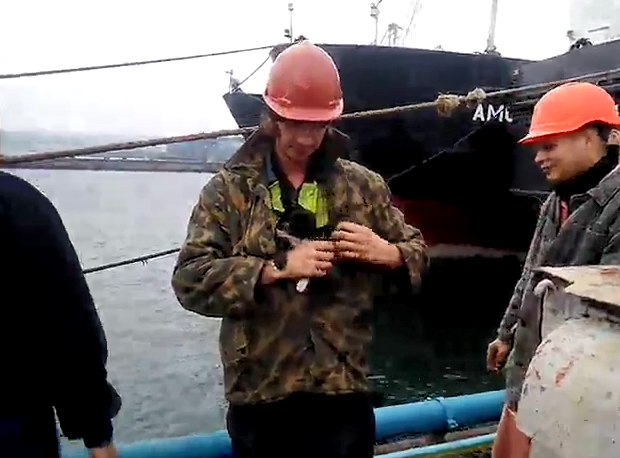