Decades ago, humans used to catch fish with nothing but home-made fishing equipments made from natural sources like bamboo.

Surprisingly, this method is still an efficient method when it comes to catching a dozen of fish at once.

In this video, a man shows how to trap fish with a bamboo fish trap through a method called ‘chunga’. ‘Chunga’, this Bengali word literally translates into bamboo in English.

Nowadays, this method is rarely used due to other plenty of modern alternatives but it remains one of the best methods to catch fish especially eels. 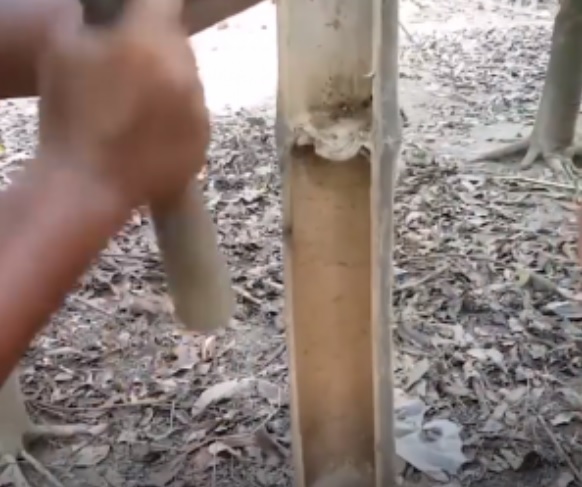 Then, some earthworms are strung up along the hollow interior of the stem.

The two halves are then tied up together by using thin fibres. A cloth is wrapped around one end of the bamboo shoot to trap eels inside 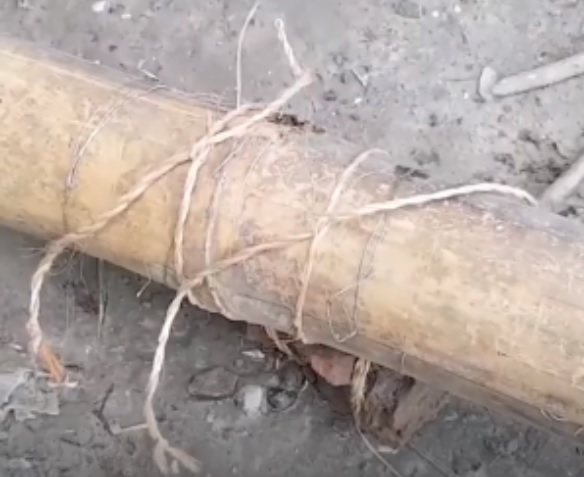 Next, a stone is tied around the middle of the shoot to weigh it down in the water. The man then places the trap inside the water for 4 to 5 days.

When the trap is hauled and cut open, there are many eels and other types of fish including crabs trapped inside! 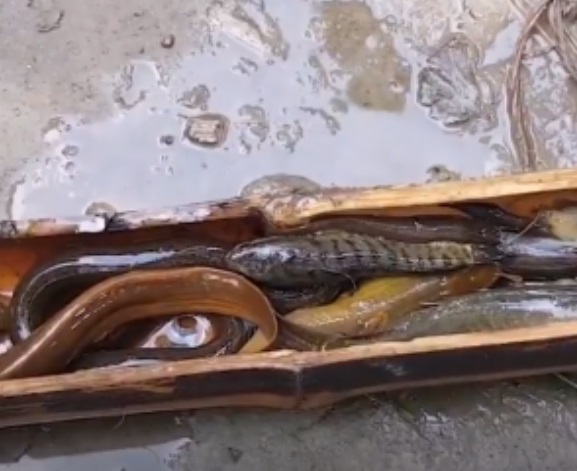 This simple fish trap is a must-try if you are an avid fisher so why not make it the next time you go for a fishing.

Watch how the man makes the bamboo fish trap here

Woman sees tattered man with her stolen bag and offers to...