This amazing phenomenon only happens a few times a year and produces waves as high as 12 metres and whirlpools up to 762 metres across.

A lucky Australian jet skier, Tybias Smith, 26, was fortunate to witness the rare phenomenon when he went for a jet skiing at the ocean 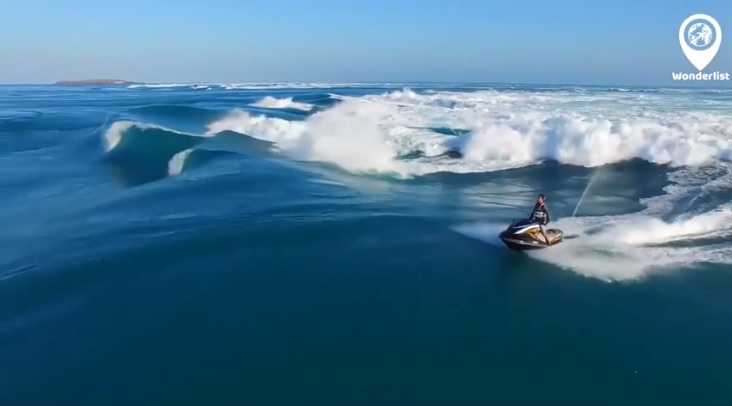 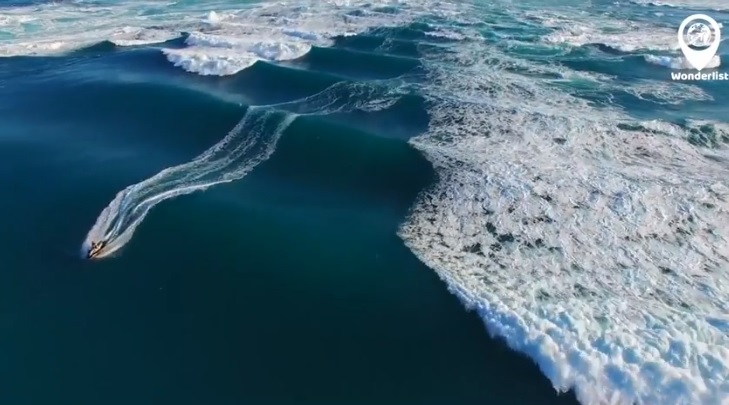 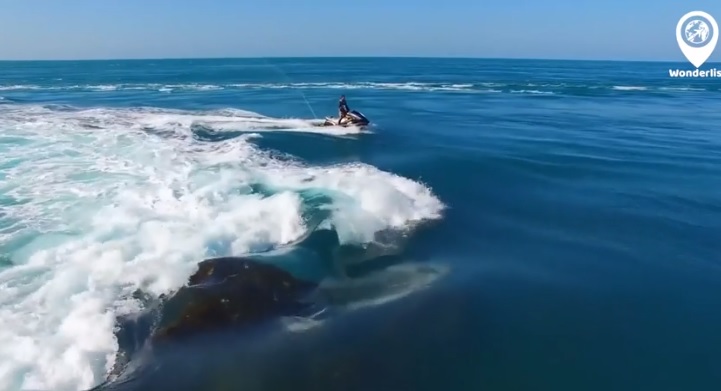 Even though it may look harmless and serene, the huge tidal race is actually dangerous and requires an expert knowledge for one to ride on the waves.