Bullfighting is a barbaric activity and a form of abuse to bulls. Contrary to popular belief bulls are not an aggressive animal.

They are mistreated and abused before they enter the ring which leads to them being aggressive to protect themselves.

To dispel this popular belief and to raise awareness about animal abuse, one man adopted a bull to show the people how docile and friendly bulls really are.

Christophe Thomas from Rennes, France bought a bull that was initially destined for the bullrings in Spain. Thomas named his pet bull Fodjen 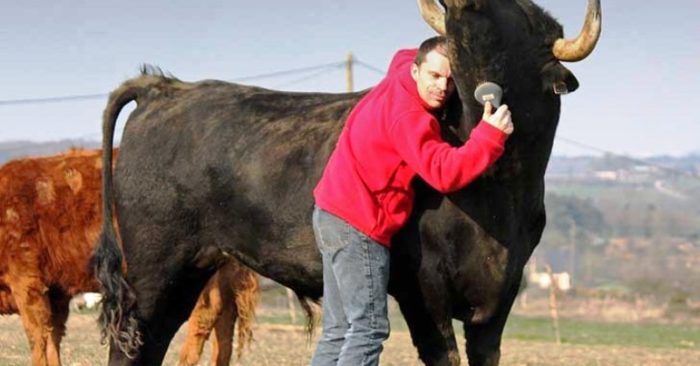 The relationship between Thomas and Fodjen really shows how lovely and friendly bulls are.

In spite of the famous portrayal of bulls in media, Fodjen totally behaves like a puppy who only wants a good rub in his belly 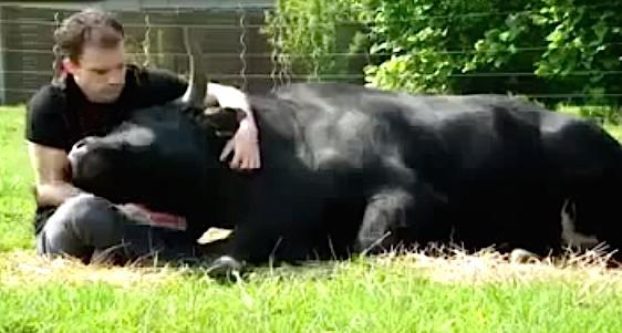 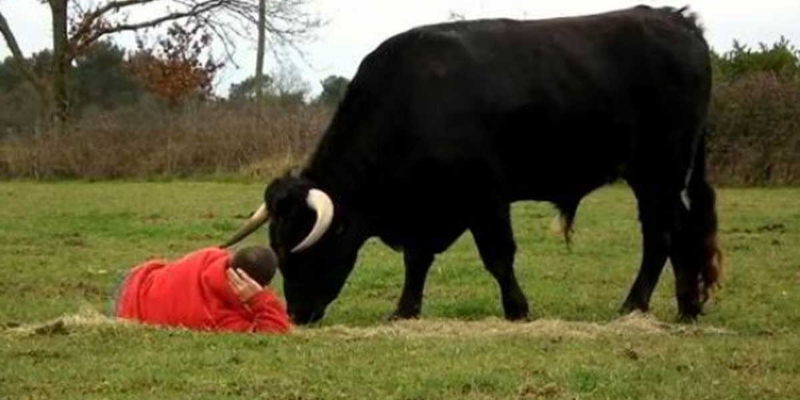 Chilling footage of a boy nearly crushed to death by a...