It is difficult to keep a positive outlook with regards to the world because of all the unpleasant and distressing news that plagues our ears daily. We have to keep in mind though, that there are still good people who exist in the world like this man from Tamil Nadu, India. He often cooks meals for the homeless people in his area and his efforts are documented on his YouTube channel called Village Food Factory.

Although it would be much easier to simply throw the fruits into a juicer, Arumugam Gopinath carefully juices these watermelons by hand 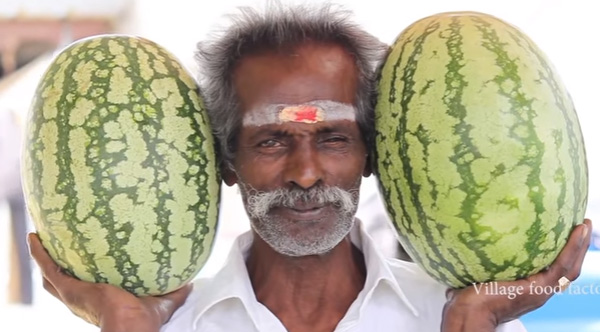 He starts by cutting the tops off of the watermelon and proceeds to crush the sweet insides of it using a star-shaped tool. He then pours the pulp out into a strainer to get rid of the seeds. After that, he carves an opening in the watermelon skins and inserts a tap head. Finally he pours the strained juice back into the skins and refrigerates them.

He can then use the tap to pour and distribute the sweet, refreshing cups of watermelon juice to the homeless 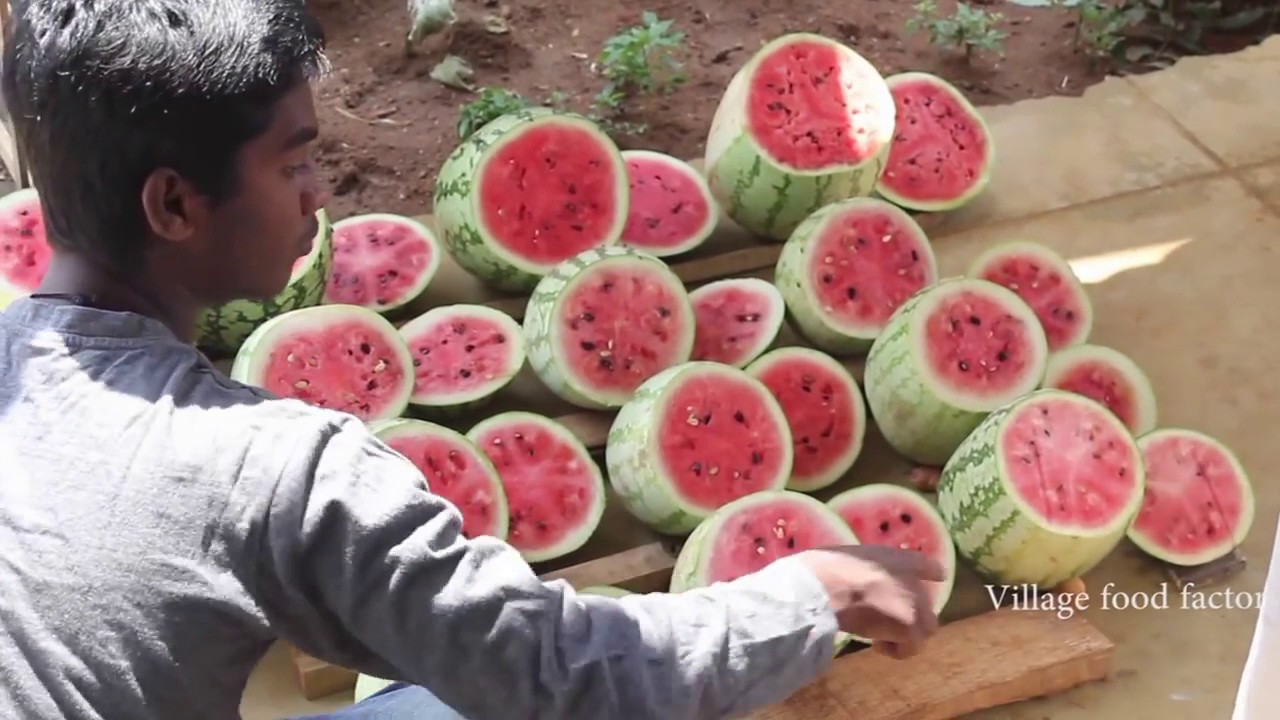 His YouTube channel, Village Food Factory, is filled with videos of him preparing various dishes in huge quantities for the needy 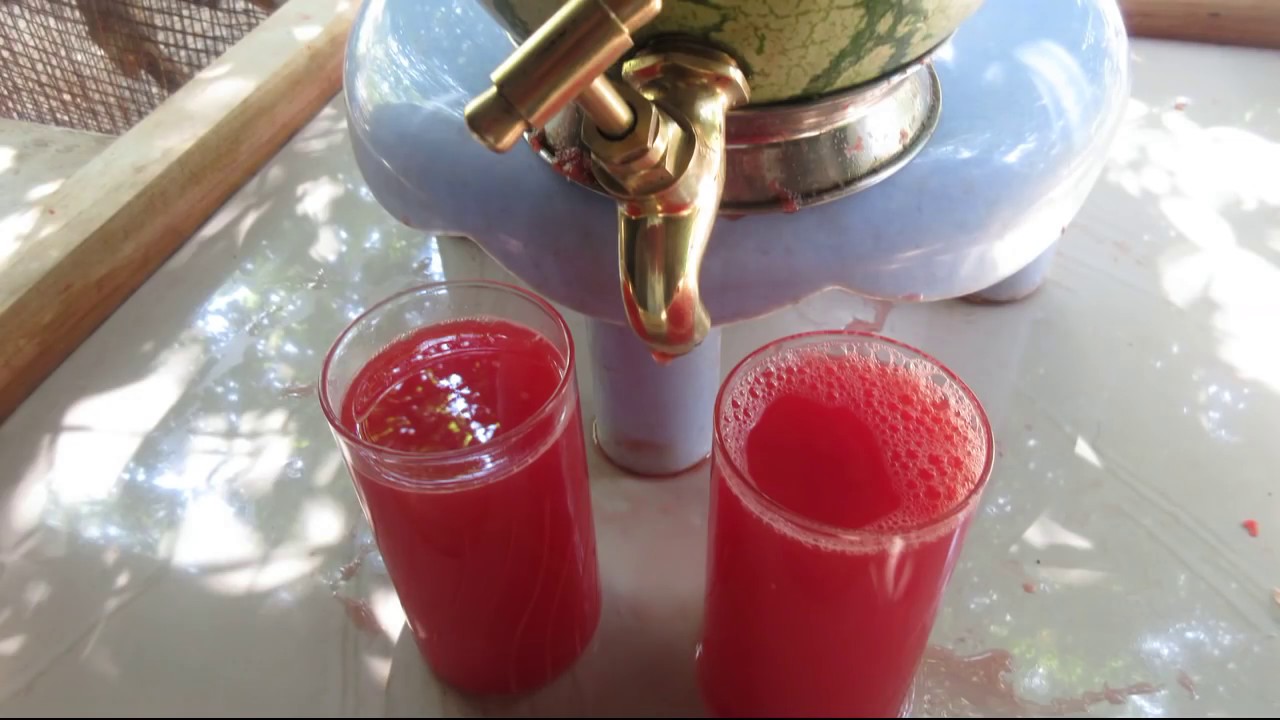 Watermelon juice is deliciously sweet, refreshing and it’s healthy because it contains a multitude of vitamins! 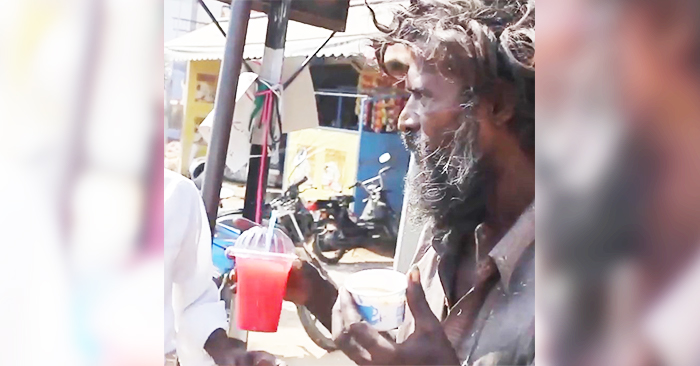 Among the many benefits of consuming watermelon, here are a few listed below:

1. Its alkalizing properties are able to fight and prevent diseases. This is because it is hard for diseases to thrive in an alkaline environment. Watermelon juice also has the ability to neutralize the toxic substances contained within the body.

2. Studies have shown that watermelons contain lycopene, which is a super antioxidant that can help prevent inflammation.

3. Its cleansing properties can help in healing bladder and kidney problems.

4. Watermelon juice is full of minerals that can replenish the body’s electrolytes after exercising and it reduces muscle soreness.

5. Watermelons are a great source of vitamin A which is responsible for the production of sebum that helps keep the skin and hair hydrated.

6. It’s high content of water and fiber helps reduce constipation and allows for the maintenance of regular bowel movements which in turn would promote a healthy digestive tract.

7. Studies have shown that watermelon has the capability to lower the risk of cardiac arrests and strokes.

Watch Arumugam Gopinath painstakingly prepare over 100 kilograms worth of watermelon juice below: 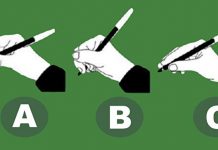 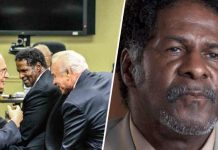 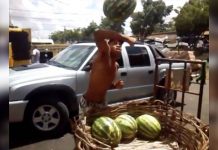 This man has an incredible talent for catching watermelons using only... 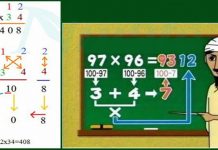 Magical 19×19 multiplication formula used by Indians to calculate in just...

These friends have been writing letters to each other for over...

Tears of sadness flowed the day Cambodian groom married his own...