Dogs are our most faithful companions and if you weren’t convinced that that statement was true before, you will believe it after seeing the video below. A Colombian man had too much to drink one night and passed out in the middle of the road. When the sun rose, he was still unconscious and sleeping of his hangover.

The problem was that he was obstructing traffic and it became a nuisance to have him sleeping in the middle of the road. The police were then called to the scene in order to resolve the situation and move him out of the way, but when they got there they couldn’t lay a finger on him. 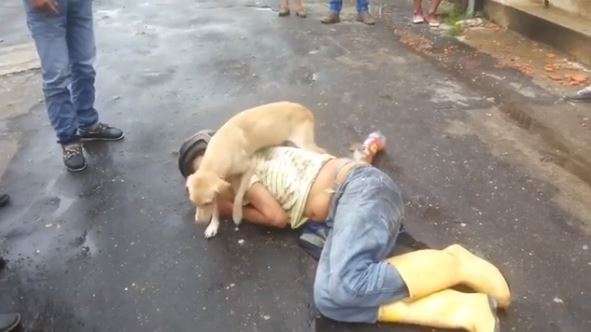 Whenever anyone tried to get close, it would bark furiously and snap at them 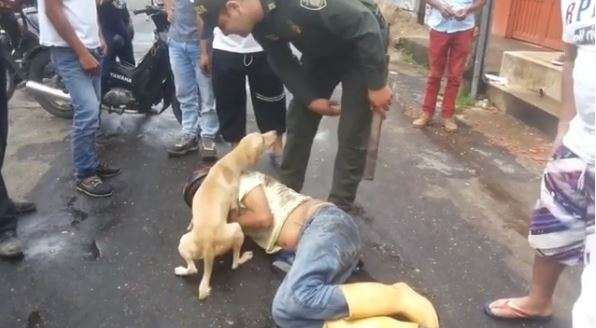 Watch how resolved this dog was on protecting the man in the video below:

A Devastated Puppy Refused to Leave His Deceased Mother and Stays...

Family members of a deceased man brought his favourite horse to...