Mother’s Day is a celebration held in honor of individuals who are the mothers of the family as well as motherhood and maternal bonds in general. These two men decided to celebrate mother’s day in an unconventional way, that is by willingly undergoing the sensation of labor pains experienced by women who are about to deliver their babies.

In order to mimic the painful contractions of labor, electrode patches were placed on the men’s abdomen muscles 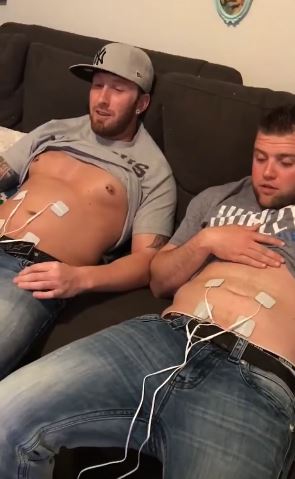 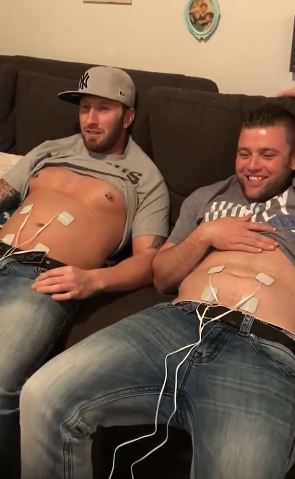 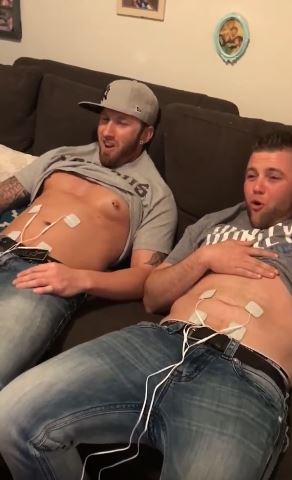 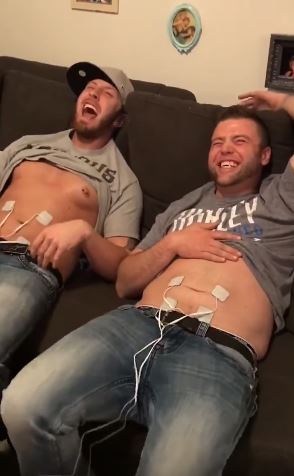 They can hardly bear it as their muscles contract 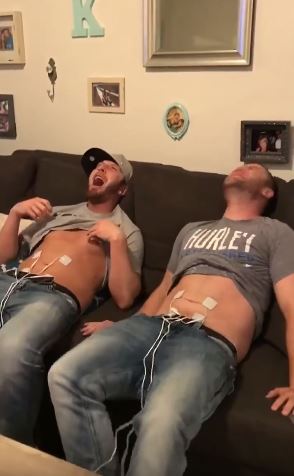 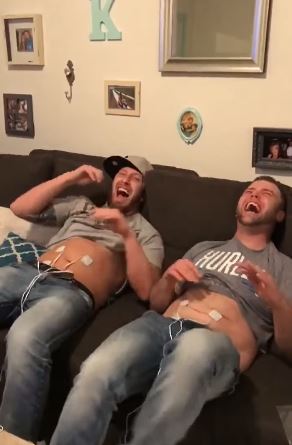 The intensity was gradually increased and their pain really showed 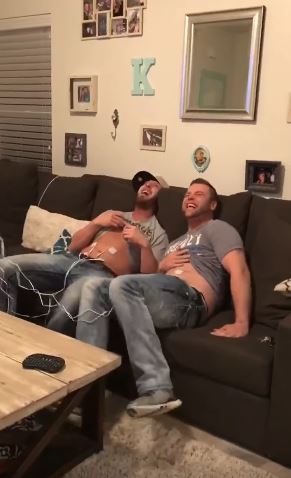 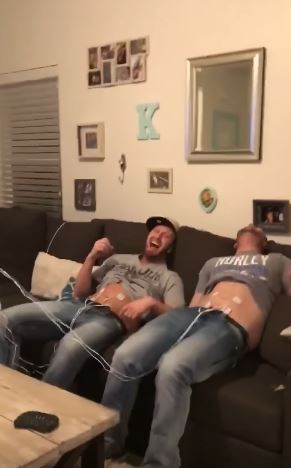