A Spanish lady was excited when her Golden Retriever, Rio, was pregnant. However, when the dog gave birth to her puppies, she did not expect to see this.

The Golden Retriever gave birth to five beautiful puppies and two of them have green fur!

Aida Vallelado, 27, had a hard time to believe her eyes when she saw the two tiny puppies who were born in the shade of green 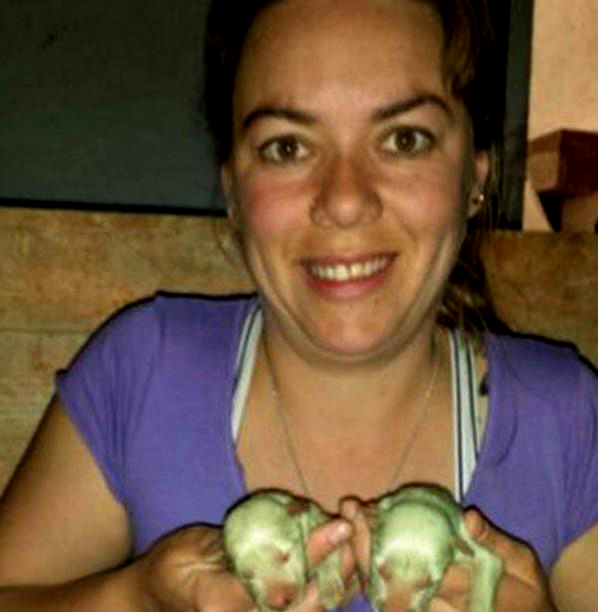 Ms Vallelado said: “I thought the puppies were maybe dirty somehow and I tried to clean them, but the colour wouldn’t come off and then I realised it was the colour of their fur 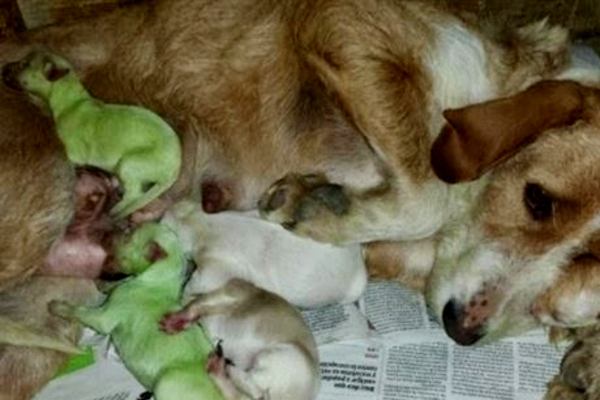 The two puppies were born smaller and weaker than their siblings. One of the green puppies, a female, died shortly after the birth but the other one, a male puppy, is still alive 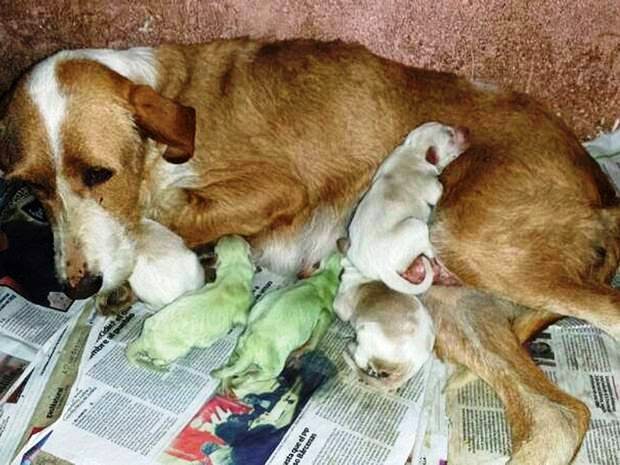 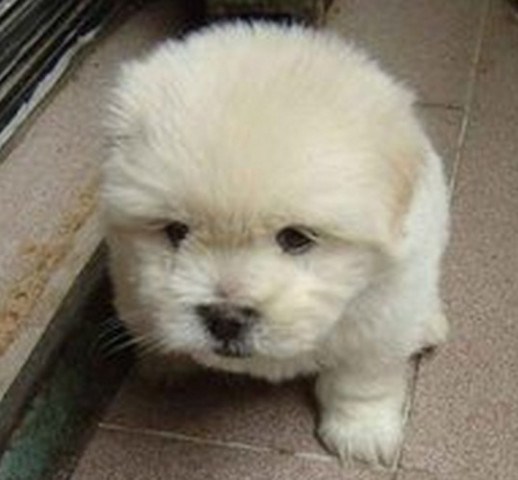 Spanish vet Daniel Valverde believes that the puppies’ unique fur colour is due to the exposure to biliverdin, a green bile pigment found in the placenta.

Friendly beluga whale kissed a baby but it was heartbroken after...