A family was out fishing on Grapevine Lake in Texas when they saw a giant catfish was gasping for air in the middle of the lake.

When they took a closer look, the giant catfish was actually stuck with something unexpected in its mouth.

You would think a decent-sized turtle could get away from being a meal to a huge catfish but unfortunately, this catfish seemed to have a bigger appetite that day and the big turtle looked more delicious than ever.

When the family approached the giant catfish, they realised that the fish was attempting to eat a large turtle! 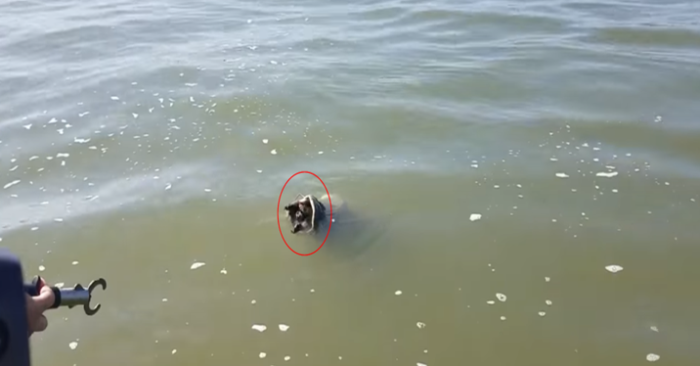 The giant catfish had quite an appetite that day but it seemed that its eyes were a little bigger than its mouth.

The large turtle could not pass through its jaw and it ended up stuck at its mouth.

Luckily, the family was in the area and after inspecting the fish, they pulled the giant catfish on board to carefully remove the stuck turtle from the catfish’s mouth 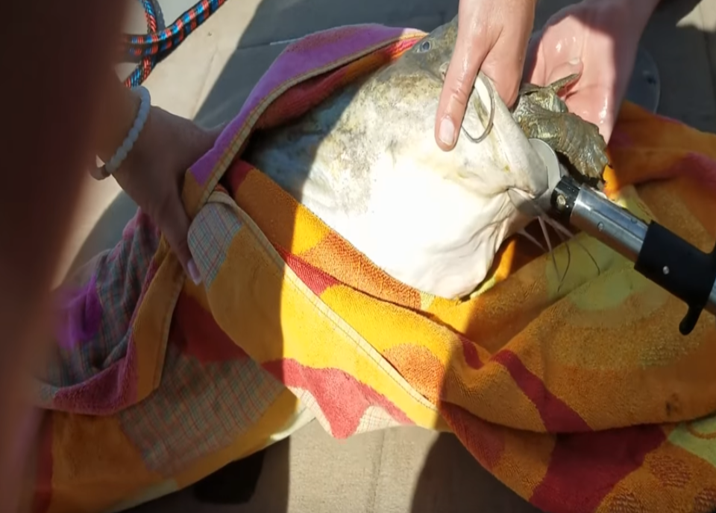 After a moment of struggling to remove the turtle from the catfish’s strong grip, the family managed to do so and they later released the turtle back to the lake.

Well, it looks like the catfish bit more than it could chew!

Charming baby boy stops his dad from scolding him when he...