Little Alexa from Tarragona, Spain wanted to showcase her remarkable dancing skills to the world so she recorded herself busting to moves to the popular song ‘Despacito’ in the kitchen.

However, her grandfather could not resist the upbeat latin song and joined in the fun secretly behind her!

Although the girl’s dancing skills are impressive on their own, it is her hilarious grandfather that grabs the attention. At first, the grandfather seems to focus on cleaning the table 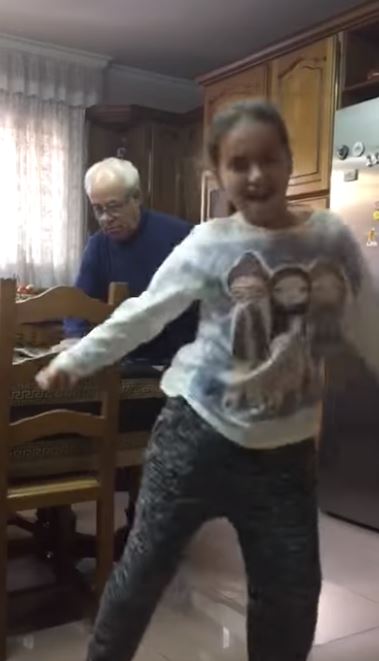 When the little girl focuses on dancing to the song, her grandfather who is cleaning the table at the back joins in on the dance routine 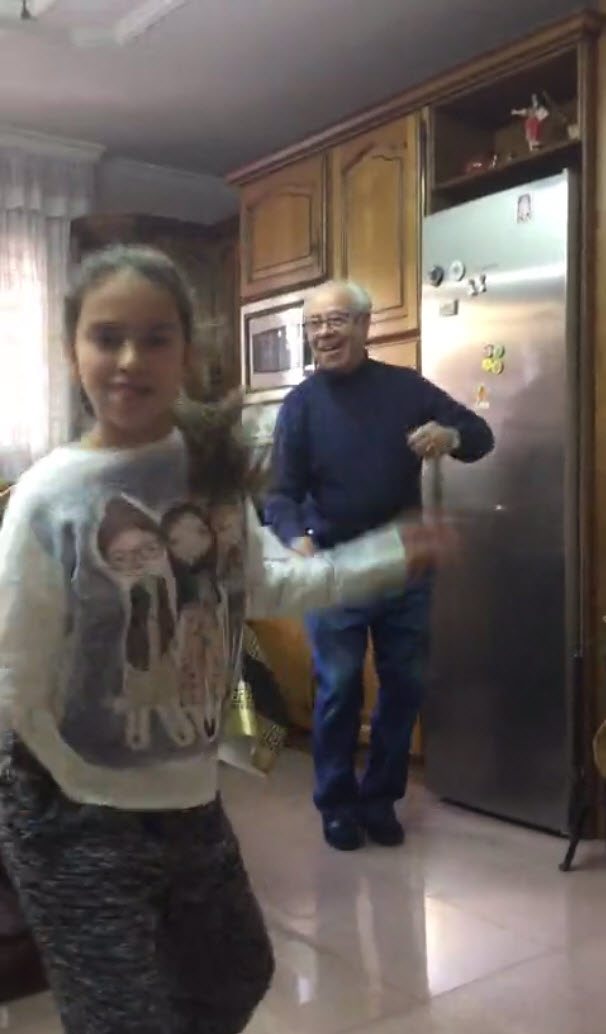 The grandfather busts similar moves like Alexa when she seems distracted with the dance and it is hilarious!

After a while, Alexa seems to catch what her grandfather is doing at the back and she shouts “Grandpa!” as if she was embarrassed with her grandfather’s amusing action 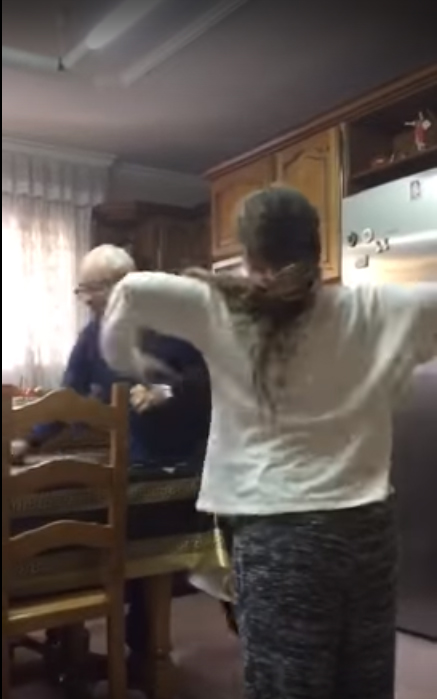 But, her grandfather does not stop there and he resumes to dance whenever Alexa does not notice him 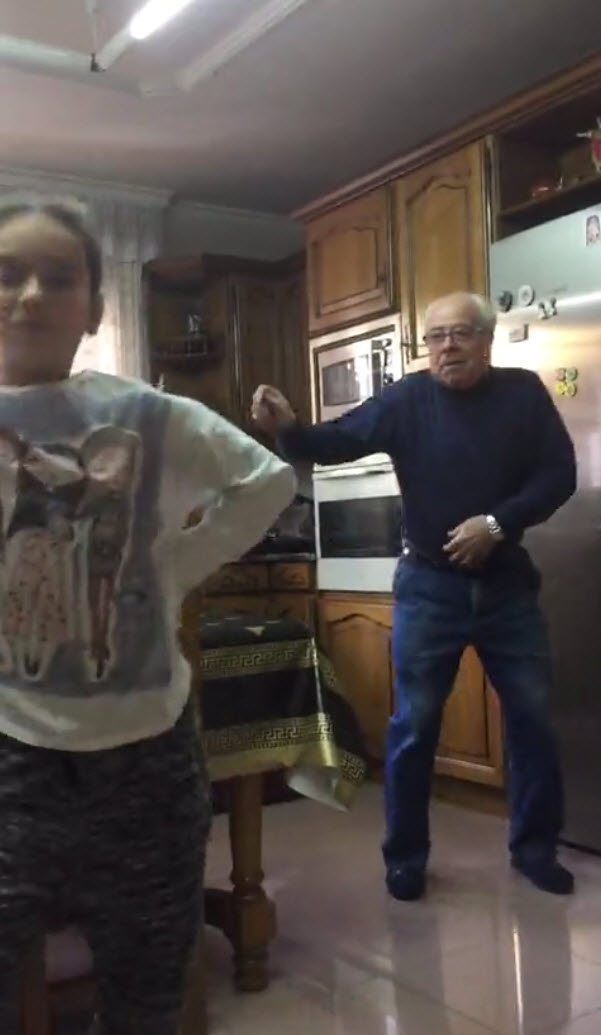 Watch the full video of the hilarious grandfather-granddaughter duo here