Elephants have shown many times to the world that they are a unique species who put emphasis how sympathetic they can be, whether to humans or their members.

CCTV footage from Grand Park Zoo in Seoul, South Korea shows how quick these animals spring to action when one of their family members is in dire danger. 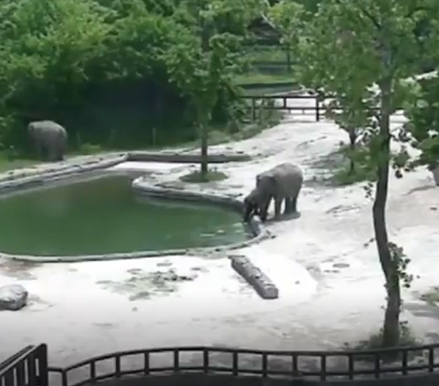 The panicked elephant watches helplessly as the calf struggles to stay afloat in the water. Later, another adult elephant who watches the incident quickly runs to join in on the rescue attempt.

The two elephants then get into the pool and push the calf to the shallow area of the pool. Luckily, the calf is unharmed 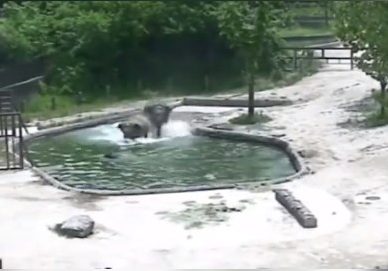 Meanwhile, another elephant can be seen running back and forth at another enclosure in the background as if it was panicked seeing the incident as well.

The video quickly went viral with more than 560,000 views so far. Many people compliment on how fast the elephants think and rescue the calf.