Two Australian teenagers were riding on their motorbikes as per usual when they spotted an animal that looked like it was in trouble. 19-year-old Nick Heath and Jack Donnelly were riding their bikes near the Nepean River when they saw a kangaroo stuck deep in mud and wailing in distress.

The teens wanted badly to save the animal there and then but it was out of reach. They decided to make a quick stop back home and come back with a length of rope in order to carry out the rescue mission. One of the boys tied a rope around his waist and trudged through the mud in order to reach the kangaroo while the other boy held a firm grip on the rope.

“The roo’s life was important to us so we went out on an arm and leg and got it,” said one of the boys 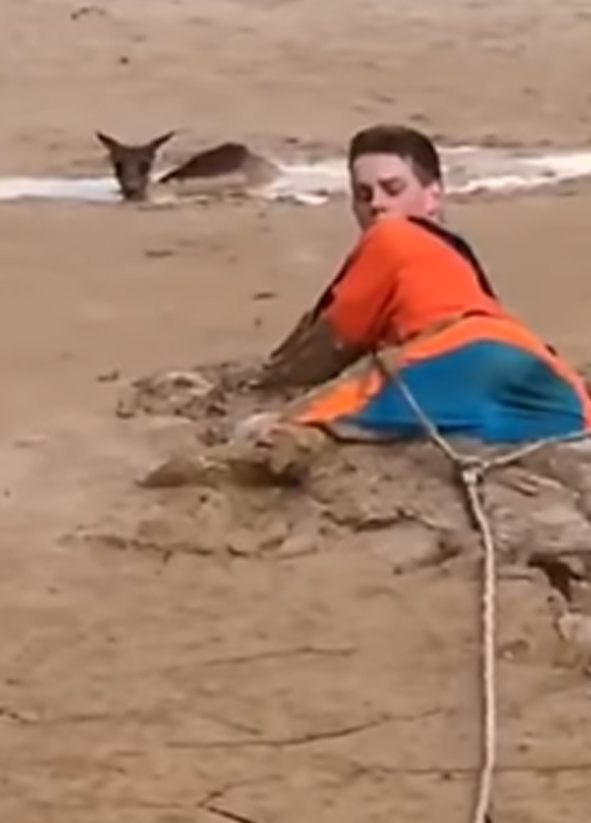 “We think he went searching for water there and it was really muddy so he got himself really stuck. It’s a pretty patriotic thing to do and we’re proud of what we did. If we saw something like that again, we’ll do it all over again” 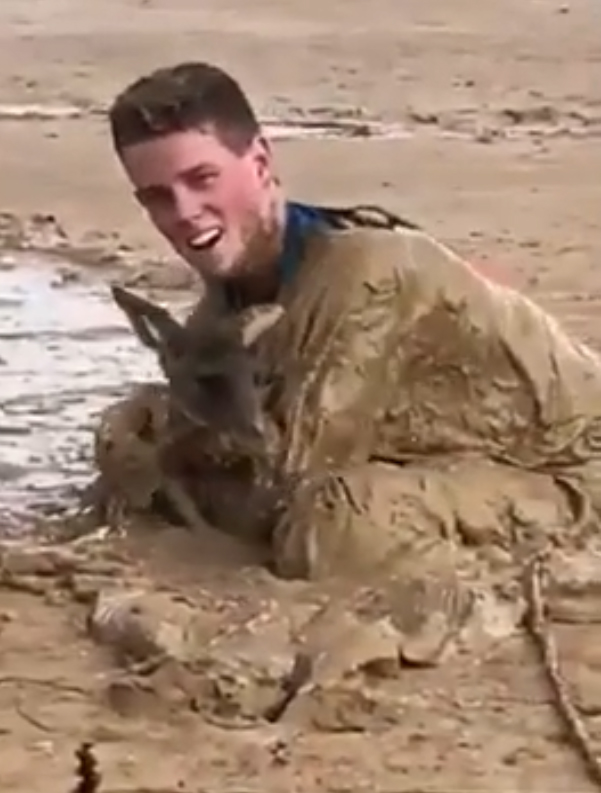 Watch the heroic act below: