Golden retriever dog is one of the most popular dogs for a pet and it is not hard to see why this dog is winning people’s affection and love.

Golden retriever is a large-sized breed of dog and the breed is widely known for its friendly and tolerant attitude which makes it as an excellent family pet dog.

This dog is also known for its unexceptional charm and adorable feature. 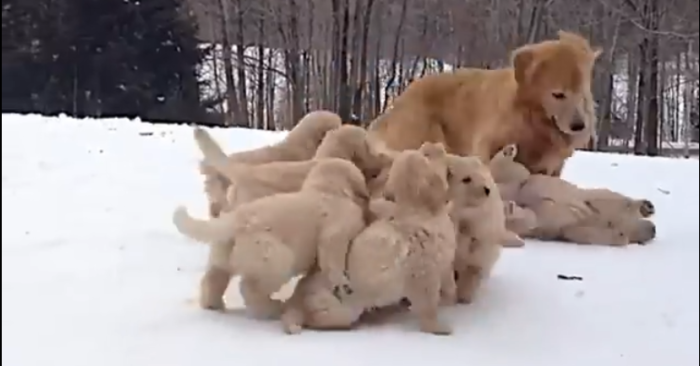 As the puppies crowd around the mother, she leaps out and teases her puppies by moving to a new spot. It does not take long before the adorable puppies follow and crowd her again!

According to the dogs’ owner, the mother whose name is Boon is teaching her 7-week-old puppies on how to play. The video is totally adorable it has been viewed more than 3.9 million times on YouTube alone.