Jealousy is an emotion which is not exclusive to humans because recent studies have shown that even dogs have a tendency to become jealous and over-protective. The footage below is proof of this fact because it shows a golden retriever fiercely sheltering his newborn pup. The hound which lives in the Chinese city of Yantai, in the eastern Shandong province hovers over his pup without letting anyone near it. 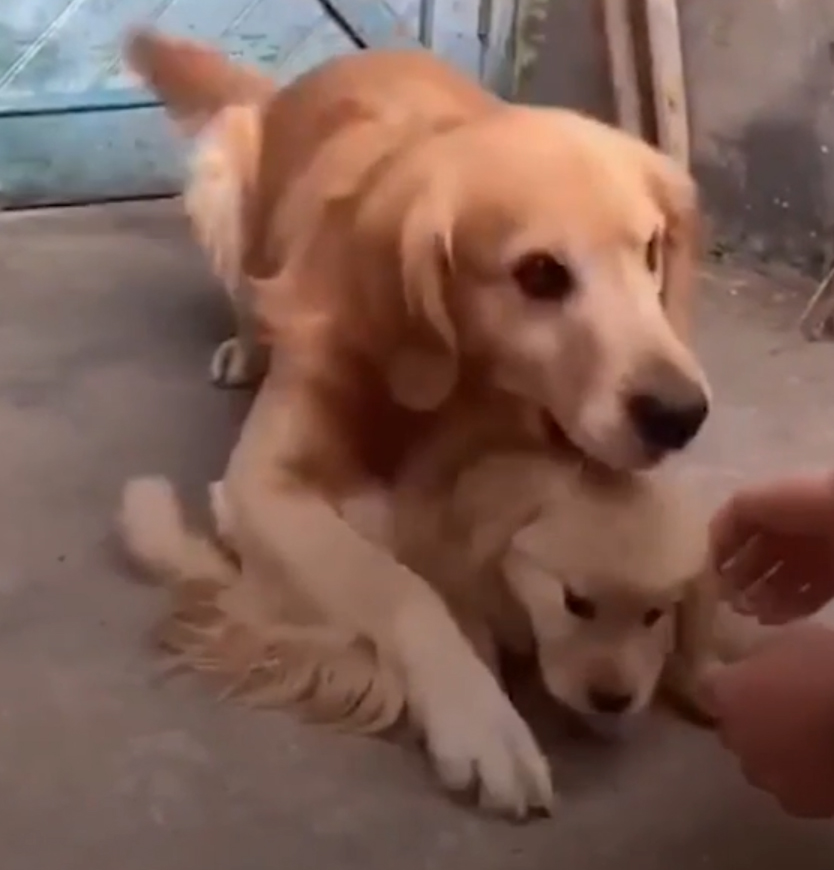 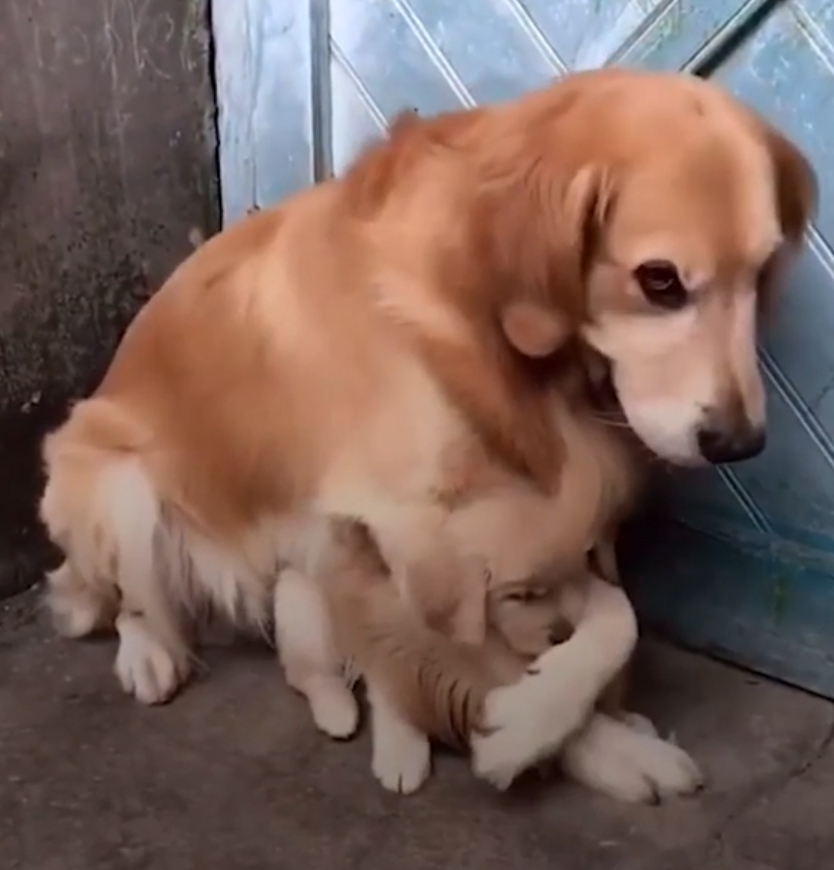 Adi just brushes his owner aside and hugs his little pup under him, which resulted in an adorable scene captured in video. Watch it below: