Dolphin is one of the animals that always adored by many people for its cute appearance and adorable antics.

However, never try to block them when they are in swimming in a pod and rushing to get somewhere like this unsuspecting paddle boarder.

In a viral video that has been circulating around social media, the man witnessed the meaner side of dolphins that the rest of us do. The man named Andrew was paddling off the coast of Western Australia when a pod of dolphins sped towards him.

As Andrew was standing in their way, one of the dolphins leapt out of the water and pushed him aside! Andrew was seen flying in the air before he fell into the water 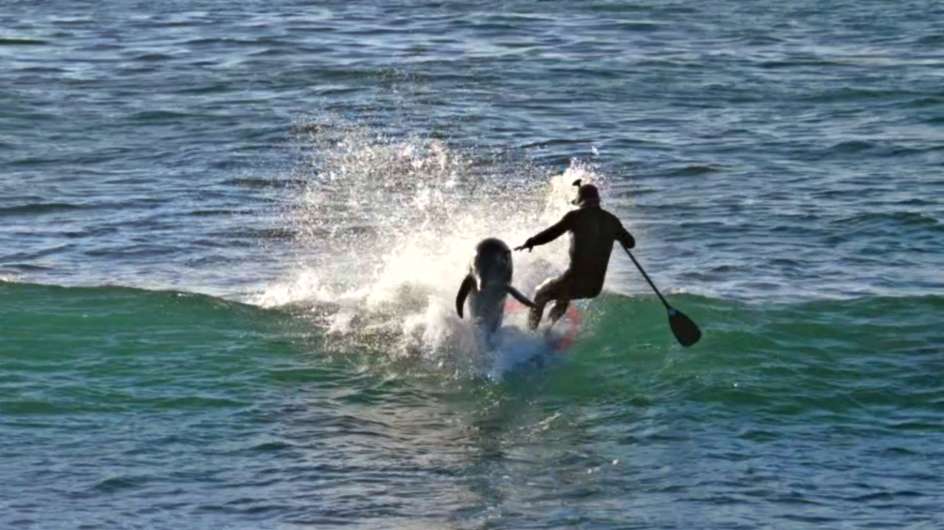 The hilarious video has captured the attention of online community with some writing funny comments regarding the video. One comment wrote: “Dolphin 1, Paddle Boarder 0,” an unsympathetic Joseph O’Brien.

Another comment written by Theresa said: “The Dolphin was just letting the paddle boarder know he was going the wrong way on a one-way wave.”