What comes to mind when you hear the word ‘squirrel’? The majority of us will think of the small and elusive creatures that we catch fleeting glimpses of on trees or in bushes. You will be surprised to find out that these tiny rodents actually have extra large family members.

The North American squirrel expert, John Koprowski first saw the giant squirrel when he visited India in 2006. Its size is twice as large as a normal squirrel and it can grow to as long as approximately 90 cm. 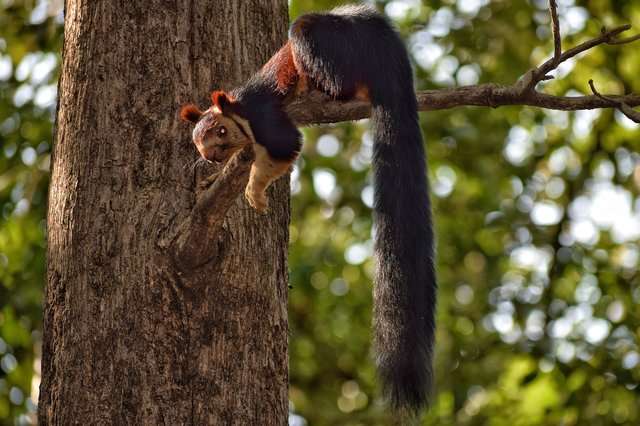 This species of squirrel is  the Malabar Giant Squirrel because it is mainly found in India and because of this it is also dubbed the “Indian giant squirrel.” In addition to their great size, they also have a very distinctive fur coat.

The body of Indian giant squirrel can be roughly divided into several colors: black, brown, orange, maroon and purple. Koprowski explained that this chestnut purple pigment is rarely found in mammals.

This purplish hued fur is an extremely rare occurrence in mammals 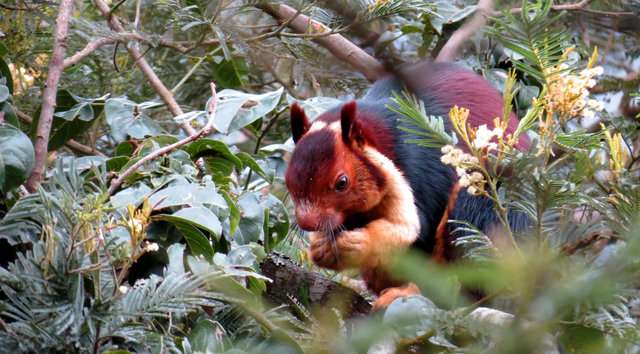 Their fur actually helps these rodents survive in the thick vegetation as Koprowski  states, “Under the shadow of the forest, one piece of color can easily

become the shadow of the leaves. But under the sun, they will show beautiful fur again”

The Indian giant squirrel also have large and distinctive fur tails. Most of them live in trees, jumping from one tree to another looking for food and they rarely step foot on the ground. Therefore not many people are fortunate enough to see them. 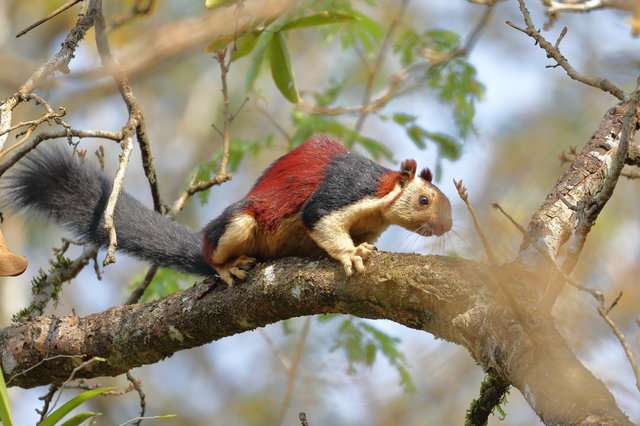 According to Pizza Ka Yee Chow, Hokkaido’s squirrel researcher, “These squirrels are very shy. I have an Indian friend who shares that the best way to see them is to climb to the trees and quietly hide and wait. Only then will they emerge from their nests.”

At present, giant squirrels in India are not at risk of endangerment however, as their habitat is diminishing, they will have to find food in low-density residential areas 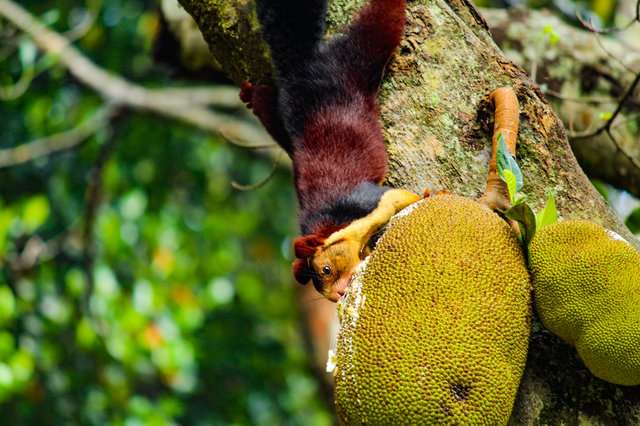 Koprowski said that the giant squirrels of India are a very old species, they have lived in this area for a long time and the ecology has not changed much 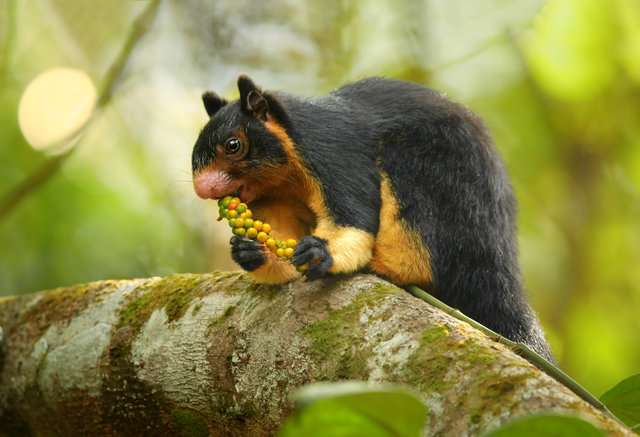 Let us watch this video of multi colored giant squirrels: